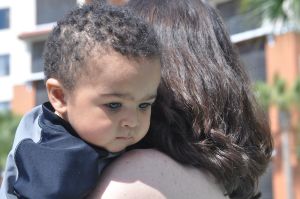 Throughout my life, music has always been a major part of who I am.  I still remember my first concert back in 7th grade.  It was Aerosmith with the Black Crowes. Currently an American Idol judge (who I have to say isn’t terrible), Steven Tyler blew me away with the way he owned the stage.  I went with a friend Aaron Leatherwood, and got the T-Shirt…it was official, I wanted to be a rocker.

Well to be honest, I guess Aerosmith wasn’t really my first concert.  It was my first concert without my parents (we did the whole don’t drop us off in front of the arena routine). Back when I was maybe six or so, my dad took me to see one of my favorite groups (at the time) Boy George & The Culture Club (don’t judge me…just remember I was only six or so).

Back then I really didn’t understand that he was dressing in drag or anything, but I just knew that Do You Really Want To Hurt Me and Karma Chameleon were jams.  I also don’t think my poor father really knew what he was getting into.  He simply wanted to take his son to his first concert. For those of you who know my dad, you can only imagine the awkwardness that he must have felt, I just wish I had been old enough to understand it.

One of my favorite stories was that at the time of this show, my dad was involved in politics and actually ran into a political reporter, who for some reason was covering this concert.  He looked at my dad flabbergasted and asked “What are you doing here?”  The Boy George concert wasn’t really a mainstream place to campaign, but my dad explained that he brought his six-year-old son to see Boy George.  In today’s media, I can only imagine how fast that would have been all over the headlines, but back then it was just a father getting in over his head trying to do something nice for his kid.

Needless to say by elementary school, I quickly grew out of Boy George and more into rock music.  I tried my hand at several instruments finally settling on bass guitar and then guitar when I began writing music.  In college I started a band Lazy Jane with friends. I still believe that this was the greatest college job you could ever have.  Even after leaving college and “growing up” I still stuck with music and it has always been a major part of my life.

Since Jenn and I began talking about starting a family, it was always in the back of my mind that I hope that my children will find as much enjoyment in music as I do whether playing it or just appreciating good music (like Pearl Jam…which I’m proud to say, Nolin owns his own Babies Go Pearl Jam CD).  So I couldn’t be more excited to see how positively Nolin responds to music.

Ever since we brought Nolin home, he has always been drawn to my guitars and listening to me play (it is pretty cool to have a #1 fan these days).  If he is ever in our room, he makes a b-line for my guitar rack.  If I start playing he will stop what he is doing and I have his full attention.  I can’t wait to one day get Nolin his own guitar and be able to teach him how to play.

Jenn and I often comment on how mesmerized he gets by music and not just one style of music.  A few weeks ago there was a Weezer special on TV and he could have cared less during the interviews, but when they started playing he froze.

This past weekend, we went to see Arturo Sandoval at an outdoor park.  When he couldn’t see the musicians, he would dance around (well it was more like a gyrating back and forth, but for now we will call it dancing), and when we went in front of the stage, his eyes didn’t move.

Finally, there is a Sesame Street Video featuring Will.i.am.  It is like instant baby crack.  Our friend Leslie introduced it to us, and I will say that Nolin probably listens and laughs at this video 15-20 times a day.  As soon as the video comes on a smile comes over his face which has become a problem, because he can get “grouchy” when you take the video away.

I am not sure what Nolin will be when he grows up, but it is so cool to watch him start taking interest in things and developing his personality.  For now, I guess “what I am” is a proud father.