Pap Pap has been out-of-town for a few weeks, and Pop is in Virginia Beach which has officially inaugurated me as the coolest man in Nolin’s life.  Lately he has been slightly obsessed with wanting me to read to him, fix things, play with him, etc., and I have to say that I am eating it up.

I may have permanently secured my new status this past Saturday night.  I had received a bit of a last-minute request to play a show.  Realizing that the location was about 40 minutes from our house and where our friend’s live as well as being the night before Easter Sunday, I wasn’t expecting a big turnout.

Nolin, Jenn and our friend Cori arrived a few minutes before I was going to start which was a good thing, because they were the only people there.  As Nolin walked up and saw my guitar and speakers, his eyes got really wide and his face showed pure excitement and shock.

What are you doing Daddy? He asked as he ran quickly up to me and started exploring all the buttons.  I told him I was singing songs and he started laughing (not sure if that was a good thing or a bad thing).

A few more people showed up and I started playing my first set, but it became apparent that Nolin was going to be a handful.  He kept trying to run up to me, so Jenn put him in a high chair facing me to help him enjoy the show responsibly.  Then he started throwing his hands up and down (a signature dance move of mine that he has perfected) and in his excitement, he almost tipped the high chair over.

So he was back out and once again ran up and grabbed my legs.  This time I pulled him up and asked if he would like to sing a song for everyone.

How about Twinkle Twinkle Little Star?  I asked.  There was complete silence and Nolin just looked at everyone blankly as they looked back at him.

Trying to encourage him I whispered they may really like Row Row Row Your Boat.  Still nothing. And then Jenn said Nolin can you sing your ABCs?

A big smile came over his face and the first three letters came out in a soft shy voice.  Then Nolin realized that his voice was being amplified in the microphone and it was all over.  He grabbed the mic with one hand and finished the alphabet with the climatic next time won’t you sing with me! getting louder and more dramatic as he requested the audience’s attention.

He then coolly asked Do you wanna sing another song? A few suggestions were shout out from the audience and Nolin replied with hmmmmmm?! How about…and he started calling out his own set list.

Realizing that I was quickly being upstaged by my almost two-year old, I thanked him and put him down.  He eagerly ran through the crowd happily flaunting his new rock star status. We did a few more duets throughout the night and at one point he even asked the crowd Are you ready to rumble?! Seriously?!

I have to admit that Nolin was a natural and it was fun to have the chance to share that with him.  If music is something that Nolin continues to enjoy, then I hope that I will be a good teacher until the day that I am sure he will surpass me and I become the student. 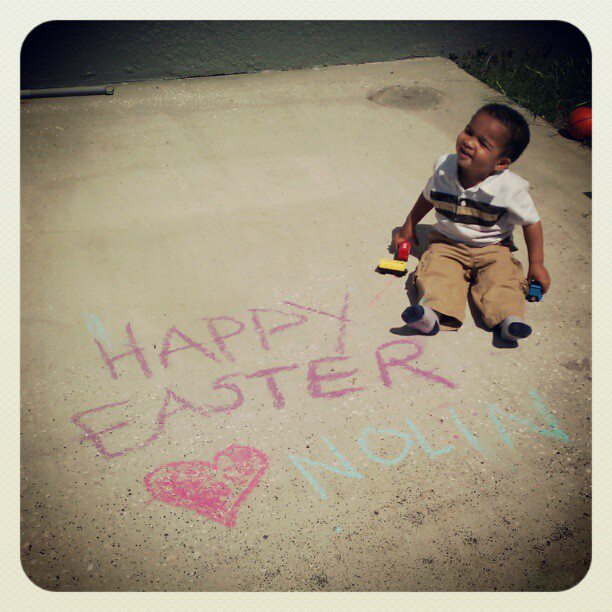