Apparently interest is fleeting in our household.

At six weeks old, Grace is obviously not really big into TV shows or TV characters, but simply in whoever is holding her and giving her attention.

While we have always tried to not just plop Nolin in front of the electronic babysitter, I have to admit there are some good shows for kids and Nolin has some favorites. Sadly (note the sarcasm here) this week we said goodbye to an old tried and true faithful friend…Caillou.

There seems to be a conspiracy or at least a standard progression that most kids go through in favorite children’s shows. It started with Sesame Street and Elmo, then we moved on to Thomas & Friends. 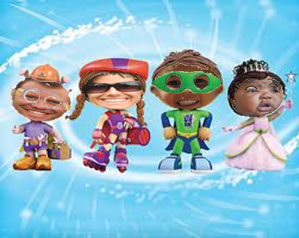 Next there was Super Why, which I think was actually helpful in Nolin learning his A,B,C’s. The show also helped him understand the sounds each letter makes so that he is now pretty good at picking out words based on the letter. That was always my favorite show.

Right around his second birthday, we started planning a Super Why birthday, but had to quickly readjust when the mecca of all kids shows came into the fold. 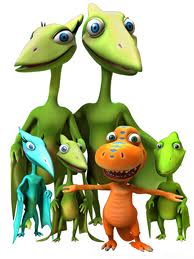 Obviously someone was a marketing genius when they combined dinosaurs and trains in one show. They also had a pretty catchy theme song that Nolin & I would sing at the top of our lungs while driving in the car. But alas Dinosaur Train eventually fell way to Calliou.

Then there was Little Einsteins (we’re going on a trip in our favorite rocket ship…). Nolin discovered this show at a friend’s house and we only figured out what it was after Googling the song lyrics that he kept singing.

We thought we had made it back to trains with the introduction of Chuggington, but to be honest although he loves Wilson & Co-Co, the show didn’t make it too long.

Anyways, for the last 8 months or so (it seems like 2 years), there has always been a constant with Caillou. Caillou has truly been Nolin’s best friend, and sometimes I think our son may actually be him.

Everything he says comes from some classic (again, note sarcasm) Caillou episode and he can recite almost every episode verbatim (they really need to get some new material). Anytime he makes some witty life observation (i.e. a detour is when you have to go a different way) you will most likely catch it a day or two later said with the exact same inflection on a repeat episode. We have even had people on the phone ask if we were watching Caillou when in fact it was just Nolin talking.

But this week, Nolin has pulled a classic guy move. He has ditched his best friend for a girl. Dora has now entered our lives and Nolin is in love. He has even started naming each one of us after a character.

Nolin is of course Dora because why would that be weird? She is after all the main character. 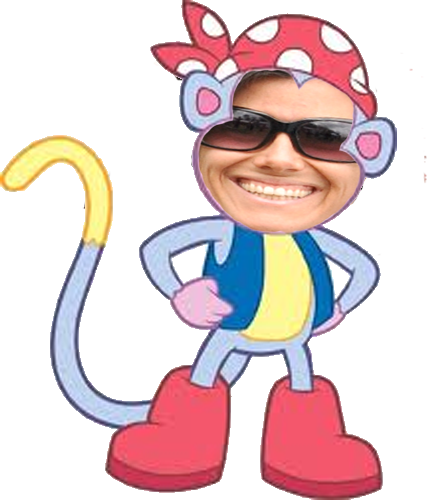 Jenn is Boots…Dora’s trusty sidekick. This is a well-played control move on Nolin’s part. He is in control of all the adventures, but allows Jenn to tag along as an integral part.

To be honest I don’t think I did to bad. Nolin has made me Diego, Dora’s (super cool good looking) cousin who even has his own show!

But I am not sure about Grace. He made her Swiper Fox. The lovable villan of the show. Not sure if she received this distinction because this is the fourth main character and one that Nolin really enjoys. Or does this have anything to do with Nolin feeling that Grace is swiping away some of his attention?  Woah Dora just got really deep…

At the end of the day the story always ends with everyone happy even Swiper (Swiper no Swiping…Oh Man!), but it seems that Caillou’s house has not yet made it to Dora’s map and his and Nolin’s adventures may now be over.

So I guess for now it is time to say Adios Caillou.