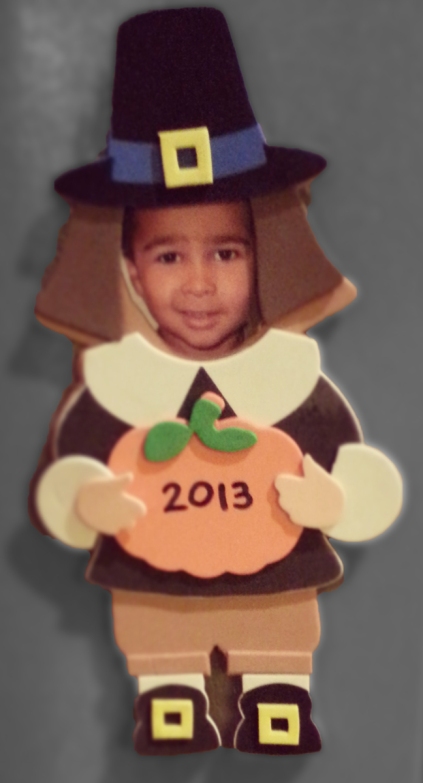 Yesterday was Thanksgiving and having the day off I took time to disconnect and hang out with the family.

Some cousins and aunts & uncles were in town and it was actually a little cooler which made it feel more like Thanksgiving. 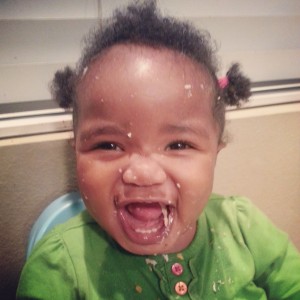 After spending some alone time with Grace in the morning, Jenn & Nolin finally woke up. We had a family party in Nolin’s room at 9:15 to wake him up. Although at first I think he was a little annoyed by our arrival, he quickly warmed up and joined in (I am sure that in a few years, family wake up parties wont be met with as much enthusiasm, so I will take it for now).

A little later, Jenn put me on a project. This year is going to be a Clark W. Griswold Christmas for our family. Last year after Christmas Jenn realized that we had a short window to be “colorful” and tacky where the kids would think it was cool. So she and Grammy went out and swooped up a bunch of clearance Christmas decorations. 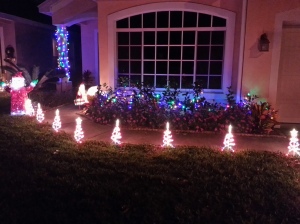 She told me she didn’t remember what she had bought, but that there was a box of decorations and asked if I could start putting them up outside. There were actually two boxes and I realized this would quickly turn into a much larger project.

It was even complete with one miniature lawn Christmas tree not lighting up. Luckily it wasn’t due to a power switch, but it did so happen that the very last bulb I tried was the culprit. 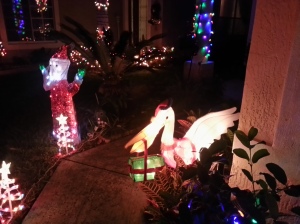 After finishing round one of tacky lawn decorating, I headed over to Grammy & Pap-Pap’s to get ready for dinner. The two teenage cousins were both really good with the kids. The third cousin is closer to Nolin’s age and he had a new best friend. Grace just wanted to be wherever the two of them where.

When it came time to eat. Grace discovered that Thanksgiving may be one of her favorite holidays. She loved everything. Nolin would have loved it, but he was too preoccupied with trying to get the youngest cousin’s attention.

We came home and Grace quickly crashed, while Jenn, Nolin, Pap-Pap and I watched Polar Express. It was a great Thanksgiving and a chance to reflect on how thankful and lucky we are for so much in our lives.

To all the friends and family that play (or have played) any role in our family’s life…Thank you! We are truly blessed.

This is delicious…more turkey please 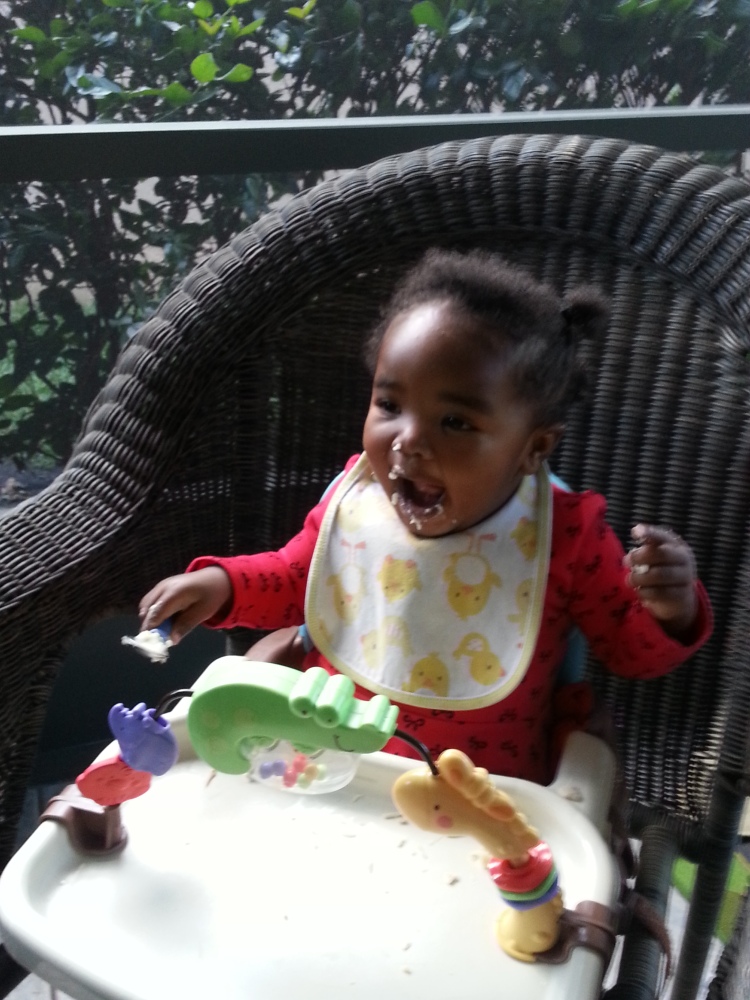 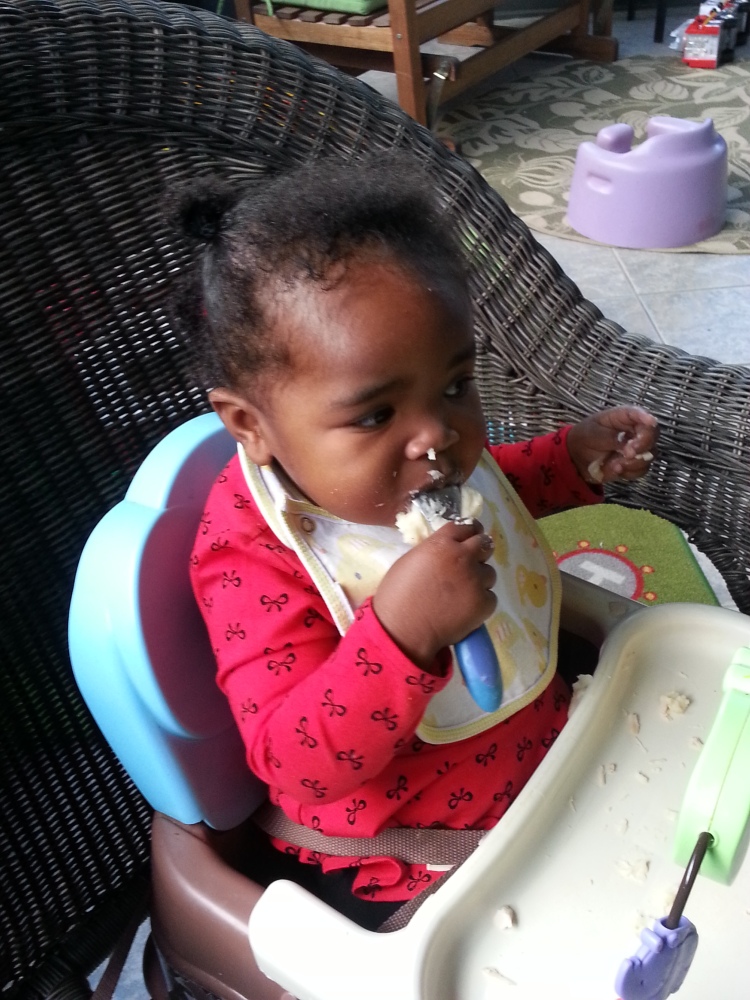 The sign of a successful Thanksgiving…licking the bowl clean! 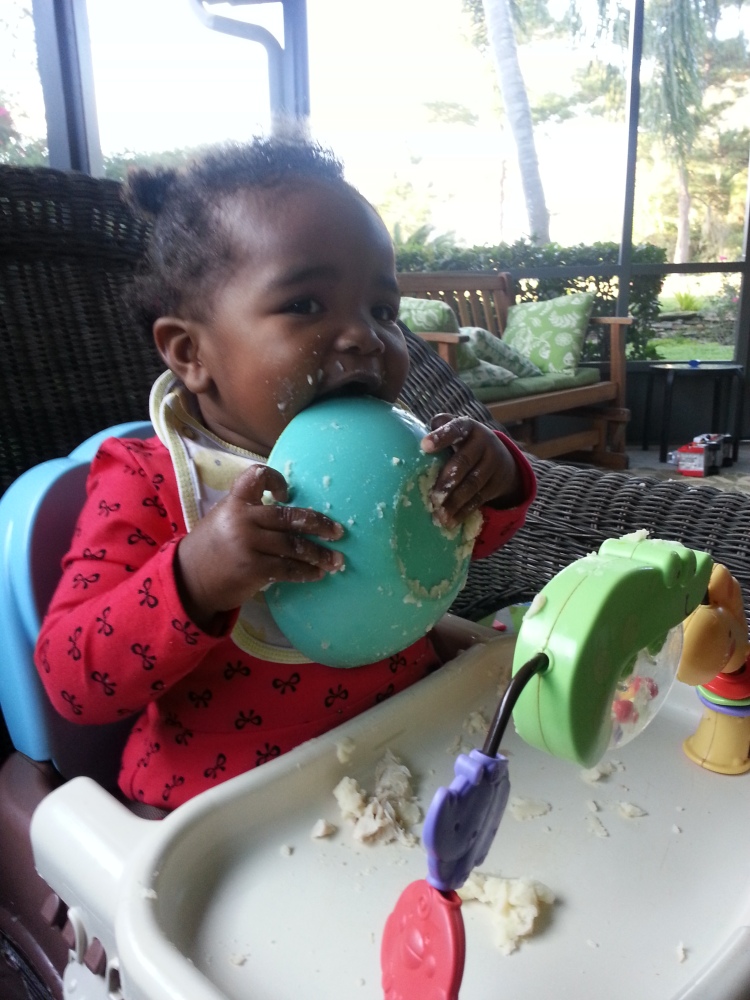