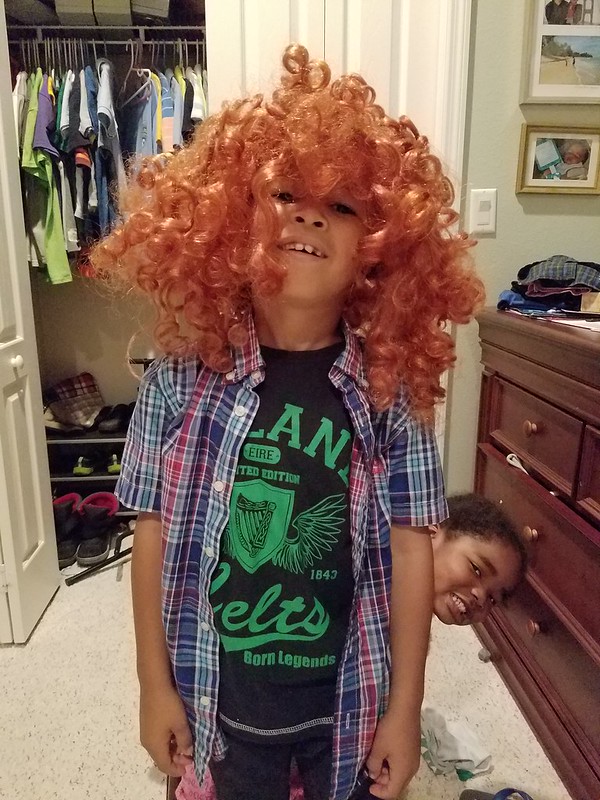 As a parent, I am beginning to see the lasting impact you can have on your children’s lives. Good or Bad.

Try as I may, I am not sure Jenn (or I) will forgive me for what I have now done to our kids…

Recently at work, there was a call put out to all of the different divisions and groups to submit a lip sync video either solo or with your team. I chose to get our entire team involved.

Although most of the team had apparently never heard of these artists, we chose to do a mash up of Beyonce (as Destiny’s Child because let’s face it that was her best), Vanilla Ice (I use the term artist liberally), and Queen. The idea was a universe where Vanilla Ice and Beyonce were dating and we recreated the famous elevator scene, but in a car.

I was Beyonce. Our team won. 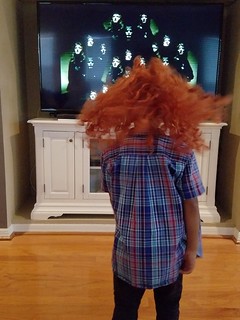 The kids think this is the funniest video they have seen. Grace is always concerned with why I was wearing her ring, and why I had her princess hair on. Let’s be honest, I definitely don’t look like a princess.

Nolin just wants to know where I got the cool jacket from.

Needless to say they have become obsessed particularly with Queen. They have both memorized the words to Bohemian Rhapsody and now sing it regularly. Each offering coaching tips to the other.

When they finally saw the original video, Nolin was shocked to find out that “they were boys”…now he wants long cool hair. This is apparently my payback for years of tormenting my dad by trying to grow my hair long.

I feel like I currently hear this song at least 5-7 times a day (and that includes days I am working and not home most of the day). The good thing with classics though is they don’t get worn out as easily.

The other night as I was putting Nolin to bed, we had finished reading books and I was getting ready to tuck him in. He immediately jumped out of bed and ran in the living room. Feeling frustrated, I told him he needed to get back in bed immediately. 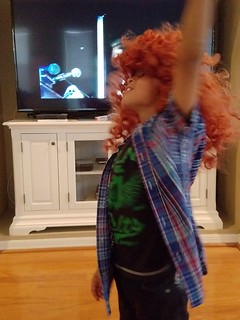 I will dad, just give me a second, I heard him yell as was running around the house collecting things.

He came back into the room with his hands behind his back as I told him he needed to get into bed immediately. He simply responded get your phone and take a video.

Feeling as if this was simply an attempt to extend the bed time process, I protested. This time he negotiated.

If you record a video, I promise I will go to sleep immediately after.

I was too tired to argue, with no clue what was about to happen, I pulled out my phone.

Instantly the lights went out and the following took place…

There was an entire performance, but unfortunately, I fell off the bed laughing to hard so all you get is the intro.