Halloween is always one of our favorite times of the year. Having it fall on a Monday night, maybe not quite as much. Now instead of being able to focus all of our kids attention on going out and collecting candy for me (because someone has to keep their teeth from rotting out), we had to balance gymnastics practice, Trick-or-Treating and a regular bed time.

At the end of the day I think we nailed it. 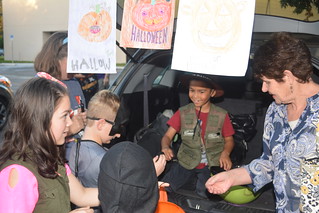 Our church’s Trunk-or-Treat was on Saturday this year.  Since we were unable to find (and remember to bring most of our decorations), we decided to decorate the car with several Halloween themed pictures that Nolin created.

Ultimately, I think it was way cooler.

Inspired by our summer trip, the kids had decided that this year they wanted to be National Park Rangers for Halloween. The week before we purchased 2 new official park ranger hats. About 20 minutes before Trunk-or-Treat, Grace decided she did not want to be a park ranger any more. Instead Grace wanted to be a National Ballerina Park Ranger.

You know, the park ranger that preserves nature though dance.

Well then a few minutes later, she decided that she just wanted to be a ballerina. So a ballerina and a park ranger it was as we set off for Trunk-or-Treat. 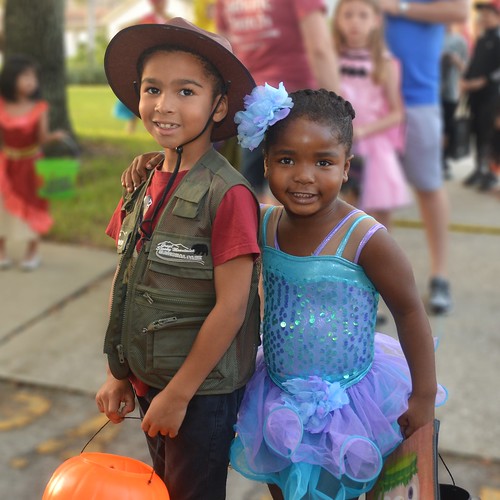 It was a great time. I think Nolin was more happy to hand out candy and praise all of the other kids on their nice costumes. As we headed home, and I looked at all of the empty candy wrappers in my pocket, I realized that holiday season had officially started. I guess I will be swimming and working out a bit more for the next few months. 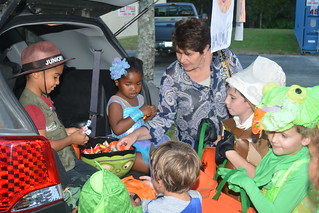 Monday night came, and I met the kids at the gym and then Jenn ran home to get everything set up. Usually the gym is packed, but with the lure of Halloween, our kids were basically getting private instruction.

As we headed home, I informed everyone that if we wanted to have time to actually Trick-or-Treat we would have a quick costumer change turn around. This was not a problem for Nolin as he had his costume ready, but Grace couldn’t wear the same outfit twice. She decided once again that she wanted to be something different for actual Halloween. Luckily it was a pretty easy costume change.

We left the house with a National Park Ranger (Nolin), a Bee (Grace), and an adult in Nolin’s old dragon costume (Jenn). We were efficient and hit all of the Haunted Houses and participating houses around our house and Jenn’s parents. I was amazed at how much candy the kids collected. 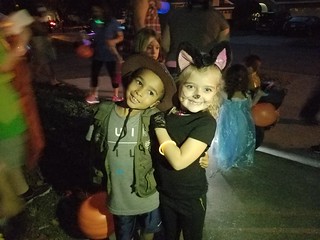 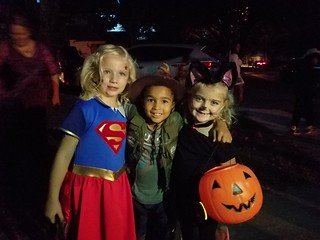 Grace was a bit frightened, by some of the set ups, and tended to stand back a bit. Had it not been for the allure of candy, she probably would have skipped the whole thing all together. Nolin, on the other hand, was intrigued. He ended up meeting up with a few girls from his school and then wanted to ditch us to hang out with them…awesome.

We had decided this year, that we were not even going to pass out candy because we wanted to walk around with the kids, and then once we got home concentrate on getting them to bed. Yes we are those awful neighbors. Nolin was not going to let this fly though. As soon as he got home, he started putting decorations out, turning on the lights and preparing his candy to be redistributed to other trick-or-treaters. 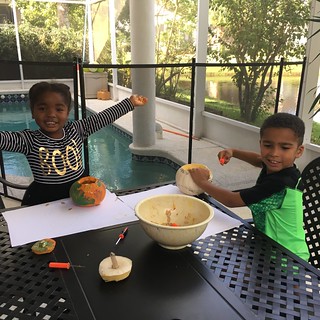 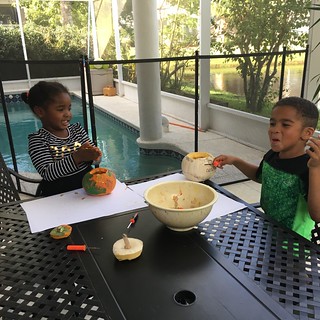 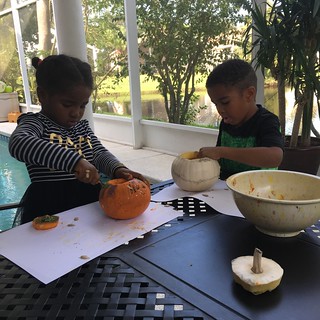 This created two problems. First, as soon as the lights came on, kids came out of the wood work and to our doors. This obviously would delay bed time. Second, Nolin was quickly handing out all of my favorite candy that I had planned on commandeering. I quickly began shuffling through and creating “packages” of candy for anyone who came to the door.

Grace and Jenn arrived back at the house a little bit later and we were able to close up shop. Our kids also fell asleep really quickly. I think this was our best Halloween yet.

When you combine Pumpkin Patch pictures with gymnastics… 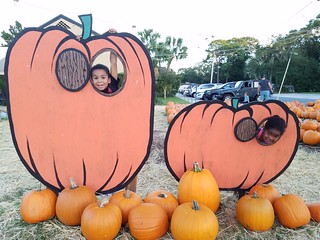 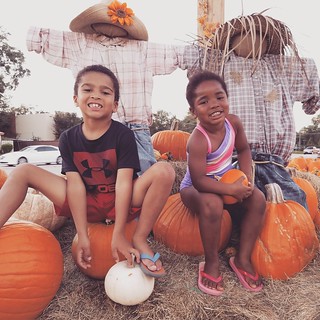 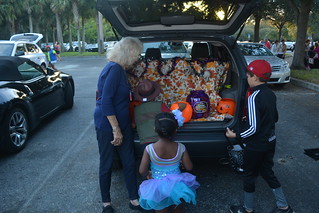 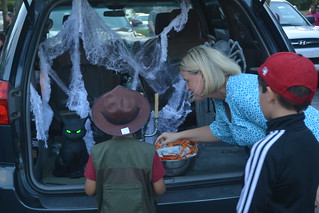 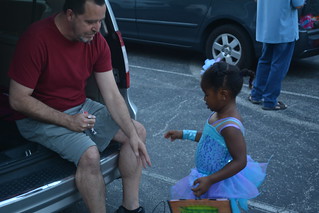 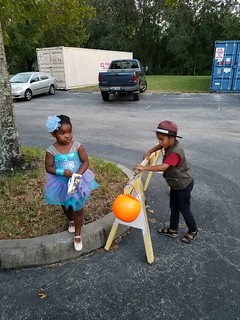 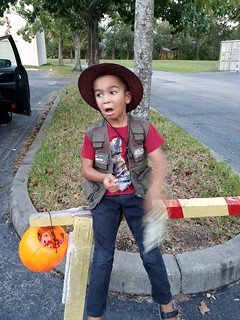 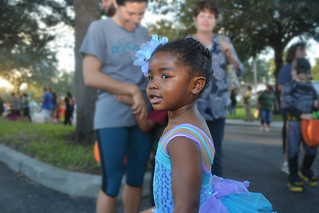