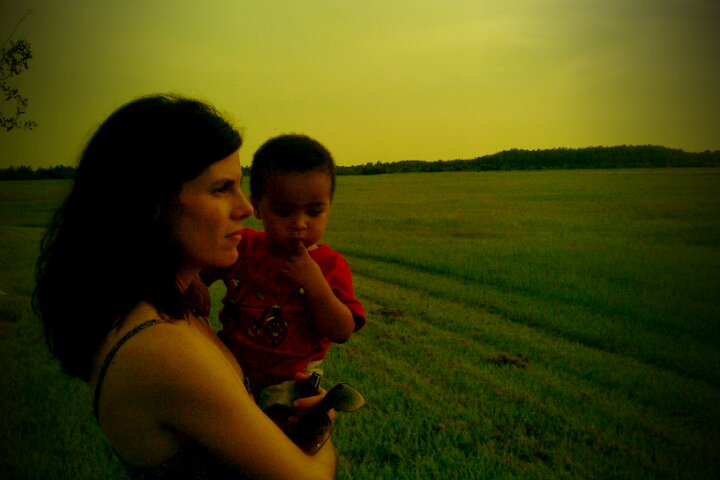 The first time I noticed was on the shuttle from the airport back to our car during our recent trip to Virginia Beach.

The shuttle was packed, so Nolin and Jenn sat in the seat behind me.  As we left the airport, Nolin started calling out Mama, Mama, Mama.

I began turning around to witness Jenn in all of her glory as Nolin was requesting more of her undivided attention.  She eats these moments up like a giddy school girl, and it is always fun to watch Nolin steal her heart.  As I was turning, I noticed strange looks from the passengers across from me.  And then I noticed why…

As Nolin was calling out Mama, he was stretching his arms out…for me.

The look on my face was probably priceless as I wasn’t sure whether to be excited that I won the unspoken competition for Nolin’s attention, or quickly grab him so he would stop saying Mama and hope that no one else on the packed 15 passenger van witnessed this strange interaction.  Too late, they were all looking at me with the do I laugh or not face.  Jenn helped them out as she let out a loud laugh when she realized that in this awkwardness she had in fact won the unspoken competition making the moment even more embarrassing.

So he’s not calling me Daddy or Dada now, but Mama…awesome!

Then came Jenn’s dad whom Nolin has been calling Pap Pap.  There has never been a question that Nolin is a fan of Don’s.  He will not see Don for several weeks at a time, but as soon as Don comes back down to Florida it is as if he never left.  Apparently he was gone too long this last time.  That’s right now he is Nolin’s Mama too.

We were at the Verizon store and Nolin was running around grabbing onto Don’s leg and asking for Mama to pick him up. Again, the uncomfortable do I laugh or not looks ensued.

Finally, there is Jenn’s mom Teresa.  She has decided that she wants to be called Grammy ( a name she lifted from a home video she saw from one of Jenn’s friends from high school).  Well Nolin has never really responded to this name and hasn’t called her Grammy.  At first we weren’t too surprised though, because as Teresa has been trying to work in her new name she has been slipping up and calling herself Gram, Grams, Granny, Grandma, etc. So it really was no wonder that he was confused.

I think Teresa may have started to get jealous.  I guess she figured even if it was the wrong name and gender, at least Nolin is calling Don and I something.  In her defense, she spends the days with Nolin when we are at work and she can’t even get called Mama.

Don’t worry about Teresa though because I am now convinced that she has been holding secret training sessions with Nolin.  As of Tuesday, Teresa has a new name…Grammy.  Nolin loves to say it and Teresa wasn’t shy either of letting me know that she is now officially Grammy and I am still Mama.  She walks away, and he walks after her…Grammy, Grammy, Grammy. She comes to the door and it’s Hi Grammy.

Meanwhile, Don and I are still stuck competing for Jenn’s title.  I guess the new unspoken competition is who will he address first Daddy or Pap Pap…please let me win this one! 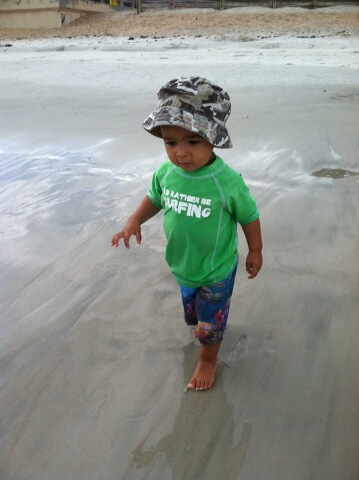