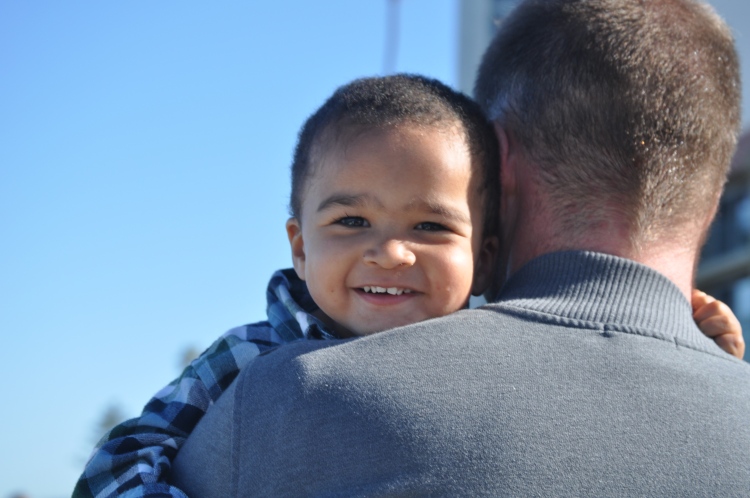 Jenn said it best…”if only Nolin was as well-behaved in church as he is on mass transit”.

This quote speaks volumes to the stage we are currently in.  In church Nolin loves to shout Hallelujah and talk to people around us during every quite moment. With traveling, Nolin loves all things that move and is much more engaged. I guess this is pretty common for boys his age, although I am not sure they all wake up first thing in the morning concerned for the whereabouts of trains and trolleys?!

I am back into the work travel cycle, and it has been really awesome to have Jenn and Nolin accompany me to San Diego for part of the conference I am attending. It has made it easier to enjoy the destination and not spend a week only focusing on work (if anyone from work reads this…I am totally 100% focused on work…at least from about 7am until 6pm).

Our flight to San Diego left at 7:40am which meant we left the house at 5:15 am. This meant potential disaster for a boy who loves to sleep until at least 8am. We figured Nolin would sleep on the way to the airport and probably until the plane took off. Well that really wasn’t the case.

We put him in the car, and chatty Cathy was up and talking (he’s definitely an O’Brien). On the first 2.5 hour leg of the flight, Nolin was pretty easy (minus chucking Percy The Train at the guy sleeping in front of us…while not totally amused, he was a good sport and Percy…well let’s just say he took a nap until we arrived in San Diego).

After a 2 hour layover in Houston, we boarded for the 3 hour leg of our flight. Immediately Nolin fell asleep on Jenn’s shoulder for a bit and then transferred to my shoulder for the next two hours as we both got our beauty sleep. Its moments like these that I love being a parent.

We took a cab to the hotel and Nolin was ecstatic to be riding in a police car.  This is something we really need to clarify as he gets older. Cabs rides are good…police cars not so much.

After we settled in, Jenn went for a run and Nolin and I went to the waterfront where we encountered both the Amtrak train and the local trolley. This was almost too much for Nolin to comprehend…how could he be this close to the greatest things in the world? As the trains went by, he would laugh, wave to everyone as he said choo-choo and ask the train if they knew Thomas.  Of course I had to answer for the trains and tell Nolin that San Diego trains (and trolleys) also love shunting trucks and hauling freight as they made their way to Sodor.

That night we took the public bus to Trader Joes and Nolin was in heaven. This was the coolest thing ever. He loved looking out the window, commenting on how fast we were going and how tall he was. He only accidentally pulled the stop request wire once.  With a smile and I’m sorry we apologized, but judging from other people we met on the bus…we were the least of the bus driver’s worries.

As I started my conference, Jenn and Nolin went out to do some more sight seeing, and Nolin got to ride his first U.S. train.  They even had plans to visit the Train Museum at Balboa Park, but Jenn realized that being a city mamma is much more difficult than being a suburb mamma (shout out Sara).  After carrying around a stroller, two bags, and Nolin on 2 different trains, 4 different busses and a trolley, Jenn needed a little break from the grueling mass transit schedule.

While I would like to think that Nolin enjoyed the San Diego trip that I was part of best,  I think Jenn trumped me with their all day bus and train ticket. Yeah, carrying Nolin on my shoulders through the desert…yeah that doesn’t really compete with trolleys.  Luckily I was able to be part of his second trolley experience when we went to Old Town for dinner…I loved every minute of it.

There will be other plane rides.  there will be other train and cab rides. Hopefully there will not be any other police car rides. But it will be difficult for us to recreate the trolley experience that Nolin has grown weirdly fond of (he woke up in the morning begging for trolleys, he actually confessed his love for trolleys and wherever we were exploring outside of downtown, he was always concerned with why the trolleys weren’t there).

It made me realize that when Nolin grows up, I think he may flock to a big city where the mass transit options are far greater. Twenty months old, and I am already dreading the day that he grows up. 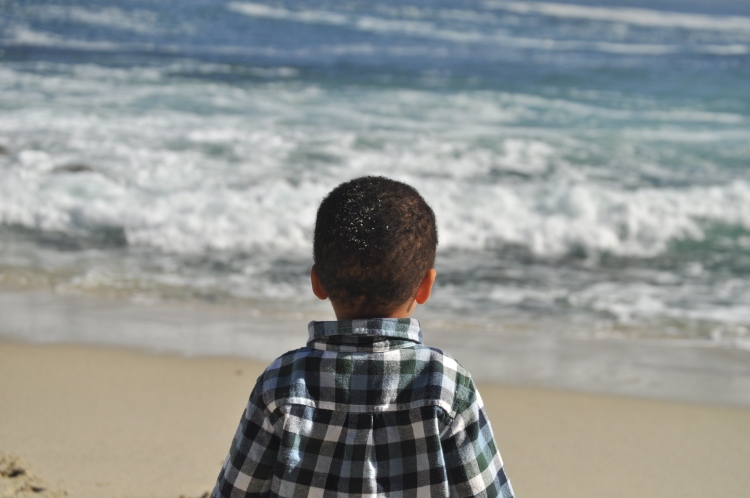