It has been almost two years to the day since Nolin and I experienced Day Zero. It was the day that the man Nolin becomes would  largely be shaped on the 8 hours that we spent in our first full father/son day. Now flash forward 720 days and add 70 more  hours of influential exposure and you have what I like to call Week Zero.

The sequel to my first solo parenting outing created the opportunity to be even more terrifying than the zombie apocalyptic thriller sequel 28 Weeks Later. Before they left, I think that Jenn and Grammy would have been more comfortable knowing that zombies were taking over than leaving Nolin completely in my care for four days.

In order to prevent a two-year old apocalypse, I was left with the following supplies and rules:

As soon as Grammy and Jenn pulled off our street, Nolin and I entered the house to start working through some of the over load in food rations that we needed to have finished before Jenn’s return. I looked at Nolin and said I hope you’re ready because this officially starts Nolin/Daddy weekend. With a smile on his face he shouted yeah! and threw his hands in the air.

Friday was a pretty successful work from home day. I did have one call that I had to keep the guy on mute as Nolin would shout Hey daddy, you wanna build train tracks. I would then quickly run out of the room into the bathroom, step into the shower (as if the curtain blocked any extra sound), unmute the phone, answer and then run back into Nolin’s room as the call continued.

Saturday was my riskiest day. We attempted a one-on-one outing to SeaWorld. I didn’t hold high hopes for this adventure, but figured we would give it a shot. Things appeared to be going well as we were able to get dressed, get Nolin’s supply backpack put together, apply sunscreen, eat breakfast and get on the road all before 9am!

Nolin was so excited as soon as he realized where we were going. Shortly after we arrived we had potential for a meltdown as I tried to get Nolin back into his stroller before moving on. Nervous that this was a sign of things to come, I looked at him and said Nolin, you gotta help me. It is just me and you and there are too many people here for me to try to keep up with you, I really need for you to be ok with the stroller as we are walking. He stopped, looked at me and said OK, and the rest of the day was amazing. 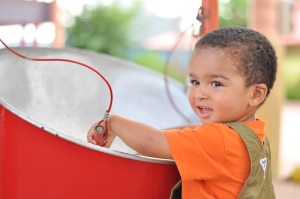 After the orca whales, beluga whales, sharks, flamingos, a stop at the pizza and pasta buffet and a few other attractions we began to head home. As Nolin sat in his stroller and I started loading the car, he simply said Daddy, thank you so very much for the Orca Whales. I had to take a second to process it, but this moment made my weekend. As I put him in his car seat he proceeded to also thank me for the roller coasters (don’t worry mommy, we didn’t ride any, just watched).

Sunday was a little more low-key as we just went to the Splash Park by our house and went for a walk around a nearby lake/park.

As strange as this may sound, after several weeks of traveling and a very hectic work schedule, this weekend was the perfect way to wind down and relax. 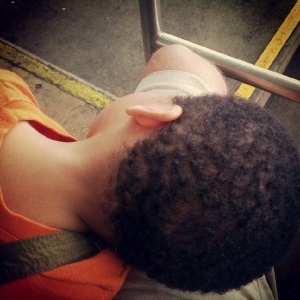 For four nights and three days it was just Nolin and I. No other adults or kids, just the two of us. It was our time. I found myself being a little sad as I watched it all come to an end.

Tonight we went to pick Jenn up for the airport, and Nolin had his first meltdown of the weekend. I would like to think that it was because he was also upset that our weekend was officially over, but it was more likely due to being utterly exhausted…a sure sign of an awesome guys weekend…double check plus! 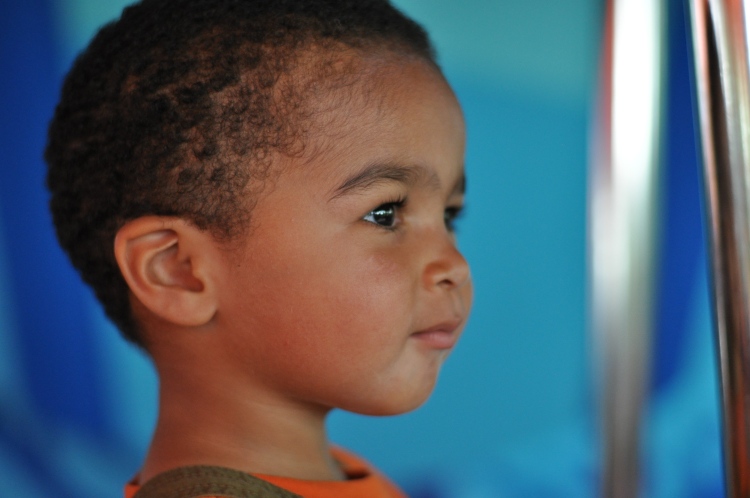