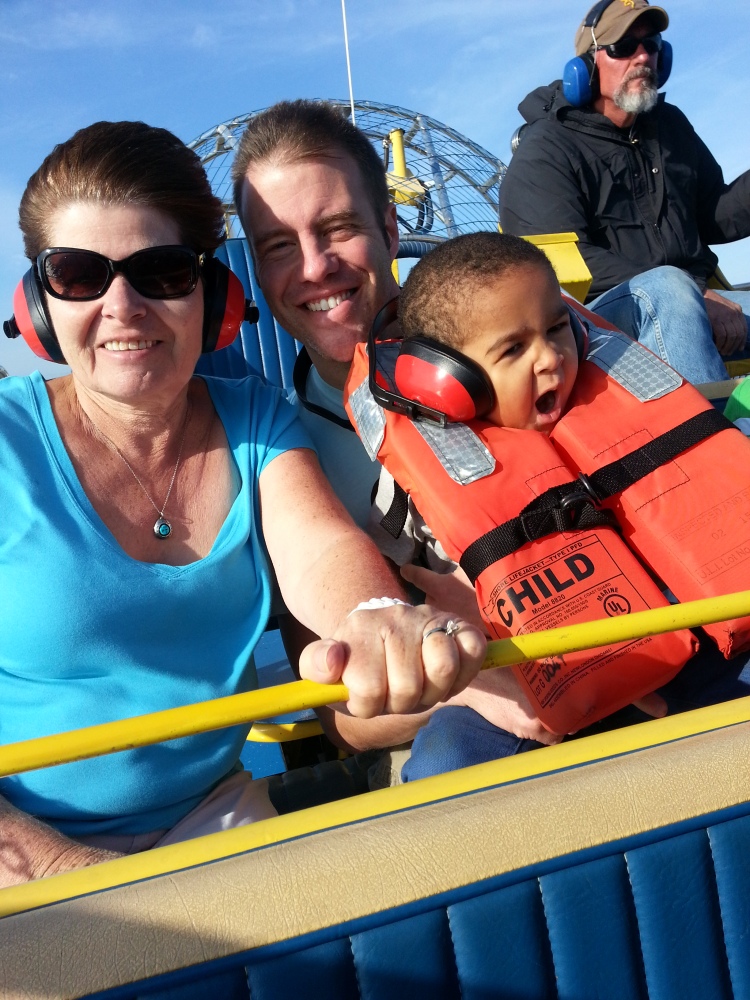 According to the news this flu season has been the worst in 10 years, and as we prepared to ring in the New Year, one by one we all fell victim.

It started with Jenn’s brother from Ireland. What we thought may be a case of jet lag turned into jet funk. Then Jenn’s dad came down with the sickness and sidelined himself to bed for an entire day (for those of you know Jenn’s dad, it takes less to move mountains than put him in bed for a day). Then he felt better, then sick again, then a little better and a little worse until he finally kicked it.

Next came Jenn & Nolin kind of in tandem. Jenn definitely got it worse but I walked in one day to find both of them lying on opposite ends of the couch under a blanket. In a weak but positive voice Nolin tried to quote Dora lines. For those of you who know Nolin, it also takes less to move mountains than getting him to sit on a couch for longer than 2 minutes. 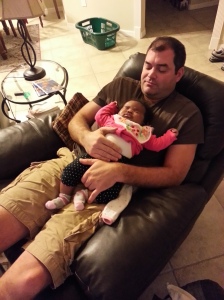 Grace eventually got the funk, but luckily just a bit of a cough (yeah, like her dad, she’s tough) and no fever. She also didn’t seem to lose her positive attitude and even managed a few full night sleeps.

Finally it came to me. Although I laughed in the face of the sickness, and was determined to not catch it at some point it caught up to me. Jenn seems to think I didn’t get it as bad as she did, but after being sick for 5 & 1/2 days, I like to think that I am just a little tougher.

It looks like we also sent a few of our holiday guests home with the flu (our attempts at quarantine didn’t really work too well), but alas everyone is emerging from the fog.

Teresa was apparently the only one who didn’t get sick…luck of the Irish I guess or maybe the fact that she is the only who had the foresight to get the Flu Shot in advance. 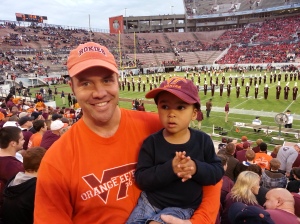 Just because we all got the funk, it doesn’t mean that we didn’t have a great time over the holidays.

I got to take Nolin and Grace to their first ever Virginia Tech game. The play was pretty terrible, the night was a little wet (Nolin & Grace left with Jenn before the rain), but in the end it was an awesome night to be able to share with them.

We also got to go on our first air boat ride. I am not sure why we have not done that before because it was such a cool experience despite the fact that as we got on the boat they were just discovering an abandoned boat and two boaters missing from the night before. 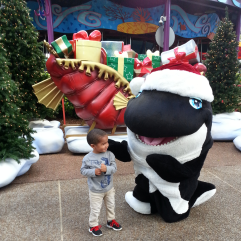 We took a day trip to Sea World which allowed Jenn to rest in a quite house (as well as pack up all the Christmas decorations…which is decidedly not one of my favorite jobs).

We also had a chance to meet up with Nolin’s birth parents and introduce them to Grace.

I’ve said it before, that while I realize this is the aspect of adoption that scares people, I have walked away from every encounter with both Nolin & Grace’s birth parents even more excited about the role that adoption has played in our family. 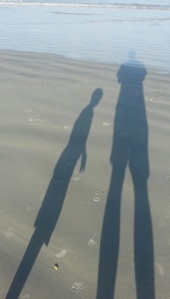 I know we are very lucky to be able to have the relationships that we have with this “extended” family, but in speaking from experience it can work and add a whole other level of happiness to the adoption triad.

Finally we just found out that we will be moving.

Don’t get too excited though, this isn’t some big move that will be featured on International House Hunters or anything. We felt like our current 7 minute walk to Jenn’s parent’s house was too much, so we decided to knock 4 minutes off of it and move a little closer.

OK, that wasn’t the real reason, but we did find a home that is more suitable to raise a family in.  We will now become landlords as we rent out our current house…heaven help us.

I have a feeling that this blog could take on a whole new dynamic as my life truly becomes a reenactment of Everybody Loves Raymond!

(As an editor’s note…my in-laws are not near as crazy or neurotic as the parents on Everybody Loves Raymond, but it sure will be fun to make them think I will play it up that way) 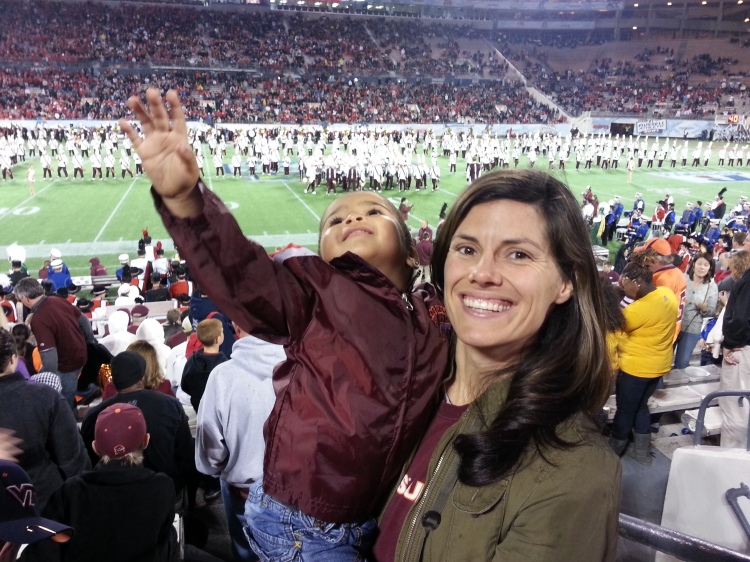 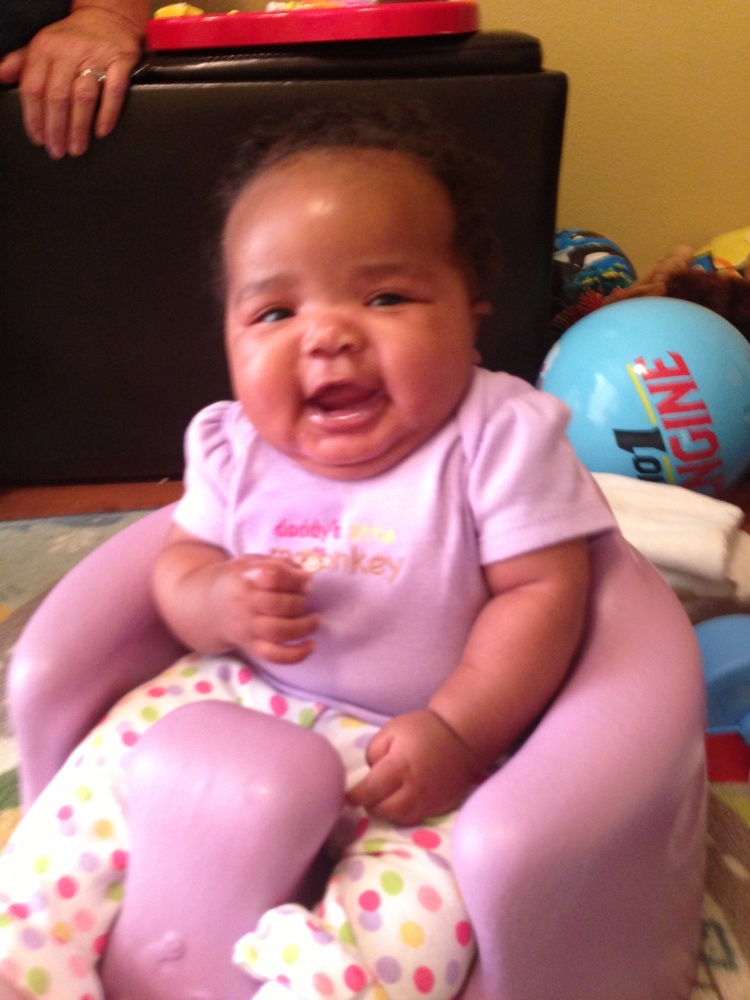 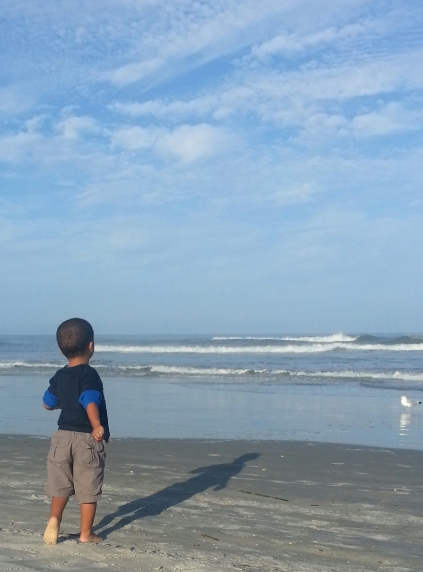