About 6.5 years ago, I was in Florida interviewing for a new job and looking at houses in case I got that new job. I looked at 30+ houses over two days. Jenn called to ask how everything was going.

Umm…I think I just bought a house was my reply.

Typically buying any house (much less your first house) without your wife…probably not the smartest idea. Luckily Jenn is pretty easy-going and simply said, “cool, can’t wait to see it”.

Now this was also back in the day before cameras were easily accessible on every phone, and the batteries for the camera I had died as I was trying to take a picture of the house. Fail.

She was not impressed with my very artistic pencil drawing of the house to try to show her exactly what I had just purchased without her. To be fair, I probably really only got the fact that there was a palm tree in the front yard correct.

It has been a great house with many great memories shared with many great friends and family, but it was time to move on and out to a house that would function better for our new family. So we began the long process of saying goodbye (by long, I mean we are still trying to get everything out) and moved down the street.

Moving is stressful, but with two kids it is even more difficult. We decided that we would take our time moving and get the house ready.

That is until we realized exactly how difficult that would be.

I called Jenn to see how her day was going. It’s fine, Nolin just destroyed the house that I cleaned up. We laughed and thought how typical. Five minutes later I called her back.

I just got a call from the rental agency, they want to show our house in two hours…game on.

Jenn went like a crazy person cleaning and organizing, and all of our junk that was out, well it conveniently found itself in secret hiding places. It’s called staging. Needless to say, the possible renter changed their mind and didn’t show up. But Jenn didn’t change her mind, and said she couldn’t keep trying to keep the house up like that.

First thing we realized, is that we had to remove all of Nolin’s toys and bring them to the new house (minus a few cars and animals). I thought this would kill him, but he never thought twice about it and was just stoked to have the toys that he had. I did feel bad every time he would say Daddy come play with me in my playroom (aka empty room with a matchbox car).

Kind of makes you wonder how many toys they need vs. how many we need.

This new-found deadline also meant double duty for me. I began basically working a full work day after work, sometimes getting home at 1am trying to paint, clean and fix the house up to get it ready for our Monday the 25th move in day. 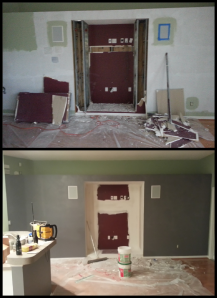 I thought once we got moved in, everything would settle down, but it just makes you realize how much is involved in moving. We still have boxes left to unpack and a garage full of stuff at our old house that I am hoping if I ignore long enough, it will just go away.

In the end we will get there, and Nolin and Grace seem to really like their new home. Although it is really not that much larger than our old house, it will definitely provide us more common area to spend time together.

In the end, it will be another opportunity to create new memories as a family.

Like the fact that Grace decided to start sitting by herself almost 3 weeks ago (2/17)…I really need to catch back up! 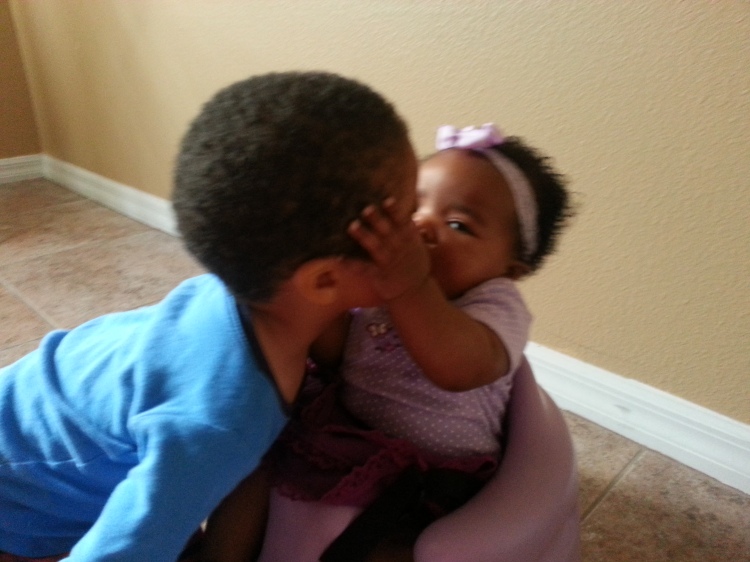