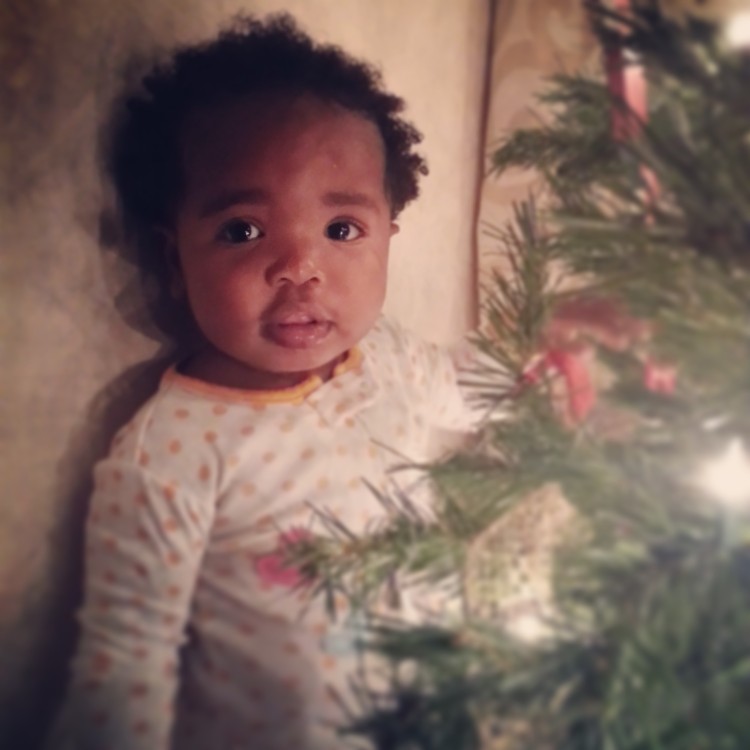 I can’t believe that the year is almost over and that Christmas is almost here. I think I say this each year, but I am pretty sure that this Christmas will be the most fun yet.

Nolin is super excited about Santa this year and Grace, she is pretty much interested in anything that Nolin is interested in. This year we have really been playing it up and it has made the experience even better. 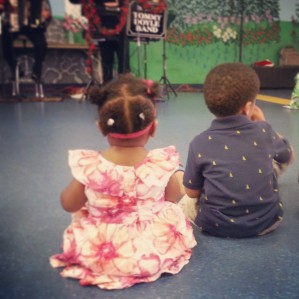 It started with the Irish Christmas party and Santa’s arrival. Nolin and Grace both sat patiently waiting their turn. Nolin pretended to be shy (for a second), but was excited to get his present. Grace took a moment, walked up to him and just started staring at him…not scared of him, but not really sure what to think of him. Regardless, she was excited to get her present too.

Grace received a blue glittery purse that held a stuffed cat which she proudly placed on her arm and walked around like a little diva. That night Nolin decided that he really liked the cat and wanted it to sleep in his room. Not wanting Nolin to monopolize all of Grace’s toys, I told him that Santa gave the kitty cat to Grace, so it should probably sleep in Grace’s room for the first night.

Dad that wasn’t Santa…it’s not even Christmas yet…Jenn and I sat in wide-eyed shock. Seriously at 3 years old and already starting to question?!
And with that Nolin marched into the playroom found the kitty cat and brought it to his room…so much for that plan, but Grace didn’t mind.

Regardless, we needed to do something to save the Christmas magic…

So Aunt ELO contacted Santa via the Portable North Pole and he sent Nolin & Grace a personalized video message. We thought it would be funny (and we could get some legs towards good behavior) if Santa told Nolin that he had been asked to be nice to his sister and that Santa still wasn’t sure if he was naughty or nice.

This didn’t bother Nolin too much at first…until we watched Grace’s video whom Santa confirmed was on the nice list. It was very sweet and very sad at the same time. Nolin was genuinely excited for Grace, but then sad for himself. He kept saying “Santa’s arrow pointed up for Grace and down for me because I make bad choices”…PARENTING FAIL.

We quickly contacted Santa who sent out his Elf on the Shelf along with a new video. The first time Nolin watched the new video, he hid behind Jenn’s legs when it came time to see his fate…naughty or nice? He jumped up and down when he realized he was also now on Santa’s nice list. 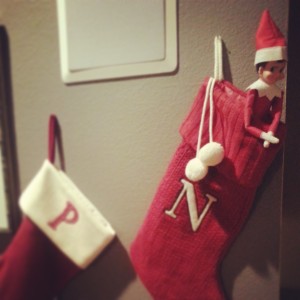 Thanks to Santa’s Elf (whom Nolin named Lion(?), but to be honest that name seems to change depending on the mood), Nolin now wakes up every morning to see where  the Elf’s magic has taken him. He loves it!

So we already have an appointment with the real Santa on Christmas Eve, and both kids are excited. I can’t wait to watch them experience it together this year.

Lion has found some interesting places, and each morning Nolin loves to find his new lookout spot…