Oh wait I am getting way too far ahead of myself. I’ll get to the good stuff soon enough. Let’s start at the actual beginning.

On the 1st day of Christmas my true love sent to me      …1 slightly delayed Southwest flight. 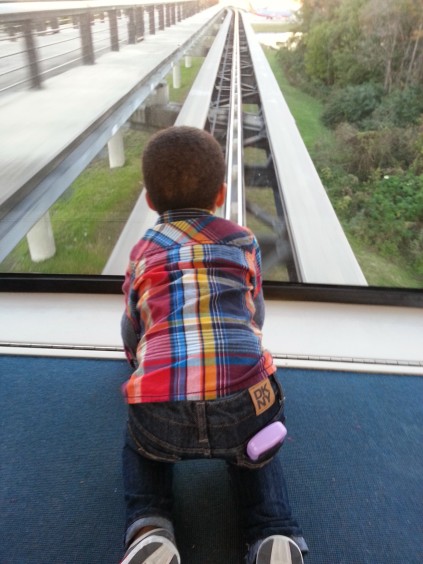 That’s right our flight was delayed about 90 minutes making what seemed like a perfect flight a little more difficult. Instead it stretched everything out (so much for our plan to try to keep the kids on a schedule this trip). We arrived happily at my parents house around 10pm.

Regardless Nolin was great on the flight and Grace although a little restless was pretty easy too. She managed to fall asleep on my shoulder during the last 15 minutes of the flight…awesome. 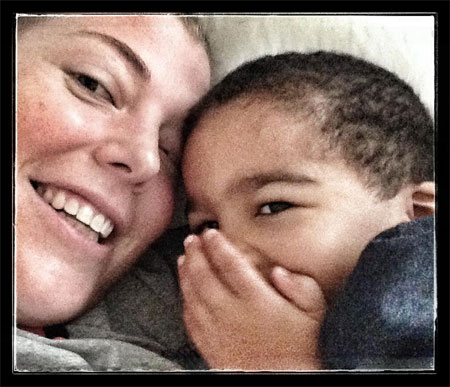 Thursday night we went with my sister’s charity group to a retirement home where several kids sang Christmas carols to the residents. We arrived at a dinning room where all of the kids shuffled in and the parents squeezed around the door. One of the mom’s helped Nolin move to the front.

This nice gesture was quickly met with the realization that neither Jenn or I could even see Nolin. I found a door on the other side of the room and quickly ran over. Temporarily forgetting my parental duties (watch over my child) I got my camera ready to get some awesome pictures…when what do I see?

Nolin not singing at all, instead making his way to the table to steal an older residents fruit plate. It was a move I like to call Duck & Cover, as I quickly tried to disappear behind the tables and remove Nolin from (potential) trouble with no disruption. Success.

After a few different stops and several failed attempts to remember the words to Frosty The Snowman, we all headed out and had a reunion of sorts at a local restaurant where we were able to meet up with several of our friends and their families at the same time.

On the 3rd day of Christmas my true love sent to me    …3 train rides. 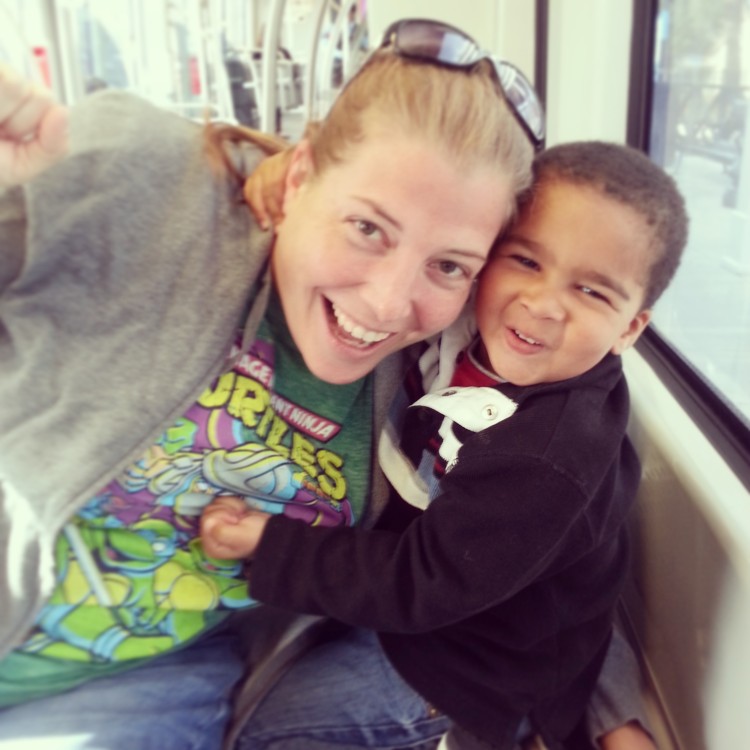 Friday was a day that Pop was very excited for. Nolin and Grace would get to ride the light rail downtown to see a huge model train exhibit. They both loved it. 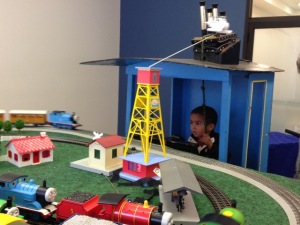 In addition to all the model trains, there was a Thomas train set up that the kids could sit in, and control Thomas & his friends around the track (#2). Nolin even allowed Grace to join him on the train, as they rang the bell and controlled Thomas and James. There was also a very cool set up that allowed you to attach your cell phone to one of the main trains and take a video as it rode along the tracks (#3…work with me here). 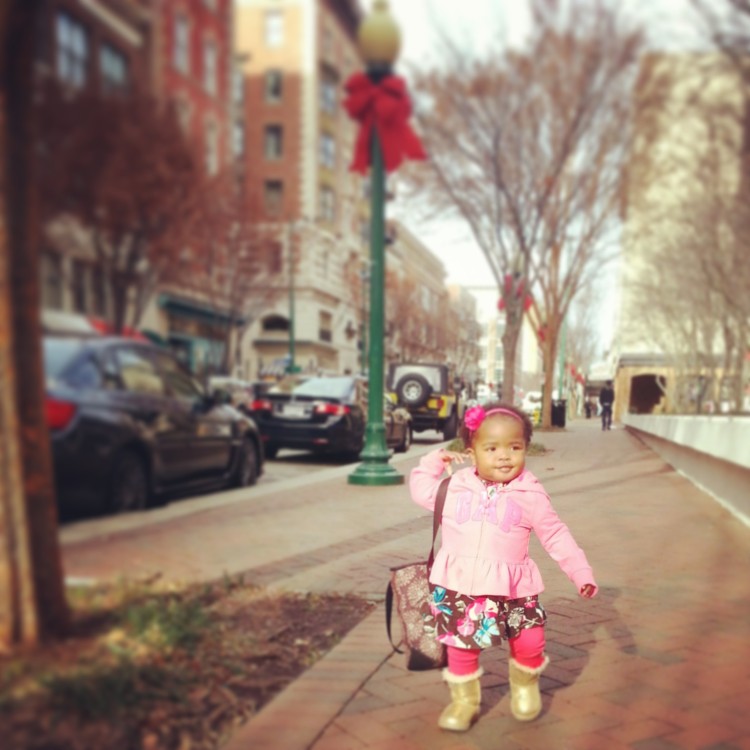 On the 4th day of Christmas my true love sent to me    …4 hours of partying. 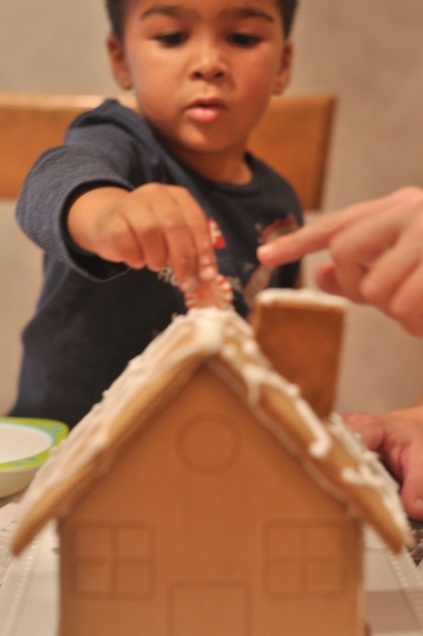 Each year a good friend of ours host a Who Let The Nog Out party the Saturday before Christmas. Last year we were not in town and the year before we thought there would be other kids, so we brought Nolin…nope he was the only one (Parents of the year). This year we had about 4 hours of adult time as we had a chance to catch up with some friends. It wasn’t near as crazy as one would expect since I had a 5am wake up call to go fishing. Getting home at 12:30am was not exactly the smartest, but none-the-less it was a lot of fun.

And now we get back to where we began…

Something happened to me shortly after puberty (you can stop the schoolboy laughter and get your mind out of the gutter), I started to get motion sickness. It never happened when I was younger, now I get on a boat and instantly feel awful. This time I was going to get out ahead of it and picked up some Dramamine. It helped a lot, but the wind and huge waves made it touch and go several times. Anyway, I dodged a bullet, and so did the fish. We didn’t catch anything…not even a single bite.

We headed home and Jenn informed me she wasn’t feeling well. She said I feel hung over, but I’m not. On the other hand, the Dramamine was in full effect and I felt like a zombie. The kids were going stir crazy and needed to get out. Jenn told me to take a nap and she and my dad would take them to the playground. 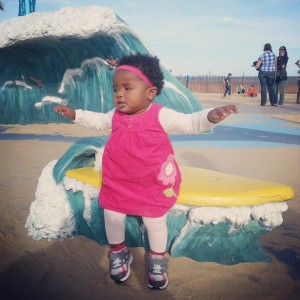 As she was preparing to leave and I was just lying down, she ran to the bathroom and unloaded everything she had eaten the past two days. I feel better now she said while both of us were shocked at what just happened.

They left and I fell asleep only to be awoken shortly thereafter by a huge commotion including Nolin being tossed on me only wearing underwear and looking miserable. I was soon able to piece together the details of The Event. 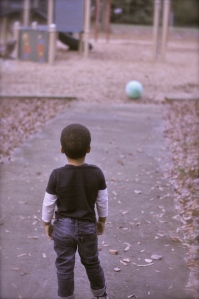 While at the park, Nolin and Jenn ducked beside my dad’s car while she got sick again. Figuring no one saw them, they headed back to the playground. Then just like a scene from Stand By Me, Nolin began throwing up all over the ramp to the jungle gym.

My dad (thinking no one noticed the 3 year old projectile vomiting) ran over to try to get an employee to help them clean it up, while parents ran from all over picking up their kids and running away screaming as fast as possible (slightly dramatized, but you get the picture).

Back at the house, I sat up with Nolin who quietly whispered Daddy I don’t want to spit oil anymore. Then he informed me his stomach was hot, so we quickly got up to go to the bathroom as he threw up down my back, in my shirt and on the floor. We got him cleaned up and we both went upstairs to take a shower.

The Dramamine was wearing off, and I felt fine. Then in the shower it hit me like a freight train. I couldn’t move. I got Nolin dried up and downstairs and then it was my turn. I literally thought I was going to die during my 10 minutes with the porcelain god. Number 3 is down for the count. 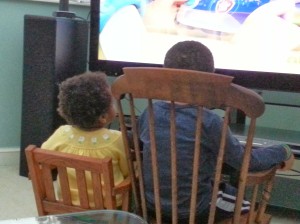 Luckily it literally only lasted for 24 hours. Unluckily my mom got it the following day (Christmas Eve). She slept for almost the entire day. Sorry Number 4. My dad would bring up the rear of the plague a few days later…and there’s number 5.

We cancelled our day trip to Richmond the following day because we figured it wasn’t really a gift people wanted to keep on giving.

Regardless of the sickness the first 5 days of Christmas were pretty awesome and the rest of the holiday would only get better.

In recap because I know you sang it in your head…

On the fifth day of Christmas my true love sent to me…5 stomach bugs!!! 4 hours of partying, 3 train rides, 2 kids a caroling and a slightly delayed Southwest flight. 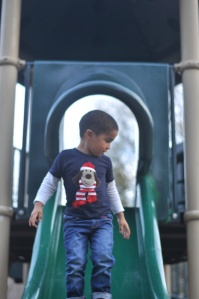 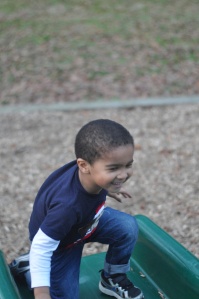 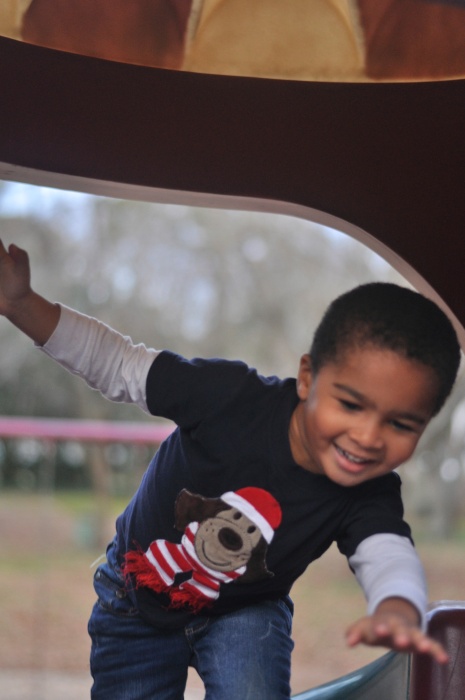 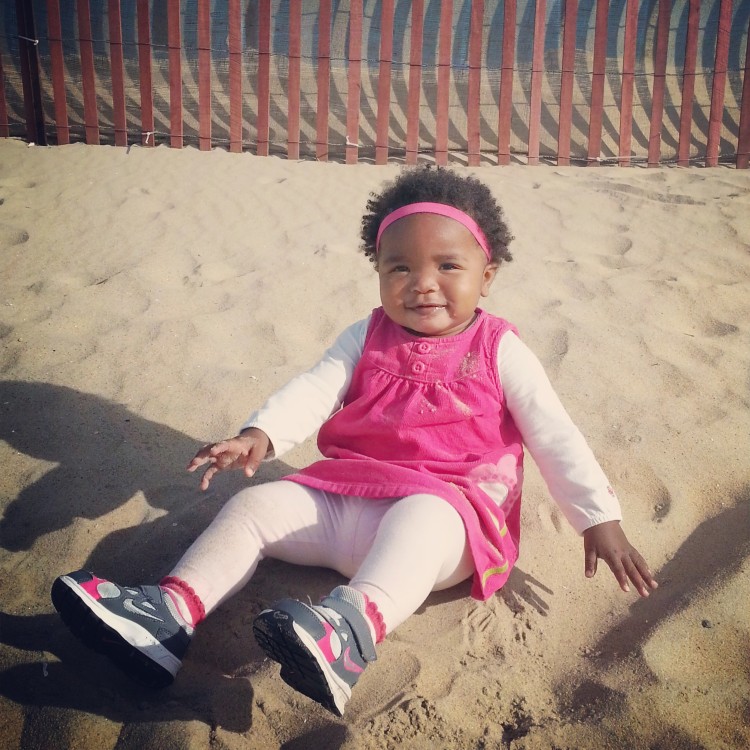