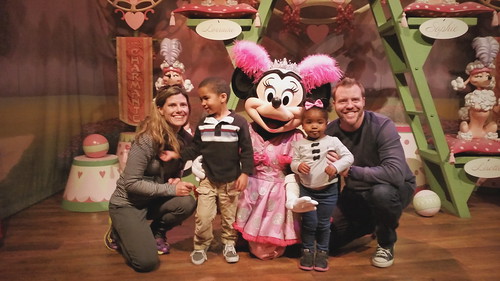 For Christmas, my parents gave us four-day passes to Disney, the most magical place on earth…or every parent’s worst nightmare.

When Jenn and I first moved down here, we bought season passes and would go often for a few hours. We always laughed at parents pulling their kids around the park trying their best to keep it together while making magical memories with their kids who were either sleeping, crying or screaming.

Either way, we were super excited because right now, Grace is all about princesses and Nolin, well he is all about everything and the perfect age for Disney.

So a few weeks ago we decided to make it a Sunday trip to the Magic Kingdom. Jenn is currently training for the Boston Marathon, so she arrived back at the house around 9am after a quick 16 mile run. Meanwhile, I was engaged in my own marathon…trying to get two kids ready for a magical day.

They were both excited, a bit crazy and difficult to deal with early in the morning. The good thing was at least they were coming at me as a team, so it was 2-on-1 vs. every man for themselves. I was pretty sure they were never going to make it to Disney and we would be those parents desperately trying to make a magical day.

We got to the park around 11am fully prepared to be heading home around 3pm. Instead, our kids were beyond easy. They waited more patiently in lines than I did and were just really excited to experience everything.

Grace was a big fan of getting to meet Minnie and Daisy. She walked right up and gave them hugs. You kind of forget about how cool that could be for a 2 and a 4-year-old.

The big test came a little later in the day. About two years ago, we were at Seaworld, and I was excited to share a right of passage with Nolin…his first roller coaster ride. He loved watching roller coasters, but riding them, well that was another story. He was slightly scarred and has since said I’ll only ride roller coasters that are flat (aka a train).

Regardless we figured we would try again with Disney’s equivalent The Barnstormer. It was only a 30 minute wait…which gave me plenty of time to talk about being brave.

Grace and Jenn rode together, and Nolin and I rode together. As we started up the hill, I held my breath. We were now possibly scarring both of our children and my roller coaster days could be quickly coming to an end.

They both loved it.

Now all Nolin wanted to talk about was roller coasters. Especially Space Mountain and the fact that Grammy “spit oil” several years ago after she rode it. It was later in the day, and we were trying to get Grace to take a nap when we arrived by Thunder Mountain.

Jenn suggested the two of us ride it, and she would work on getting Grace to fall asleep.

As we got further in line, I began remembering the ride, and that this probably wasn’t the logical next step for a kid who just decided he liked roller coasters again. So we revisited the “brave” conversation.

The ride started, there was an instant battle between terror and a smile on Nolin’s face. As the ride came to an end, Nolin said his first words…”That was awesome!”

He couldn’t wait to tell Jenn all about it. We stayed for a little while longer and got back to the car around 7:30. Grace fell asleep in about 2.3 seconds. Nolin on the other hand wanted to call Ba & Pop and Grammy and Pap-Pap and tell them all about the roller coasters. He also wanted to talk to Grammy about her experience on Space Mountain.

When we got home, Nolin was still awake and he was still talking about roller coasters. When he woke up the next morning we watched roller coaster videos on YouTube for about 90 minutes.

Both kids can’t wait to go back and experience The Magic. 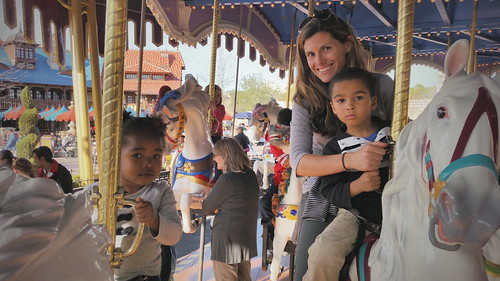 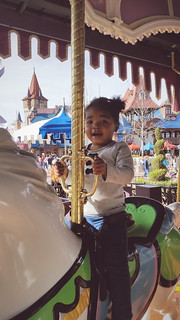 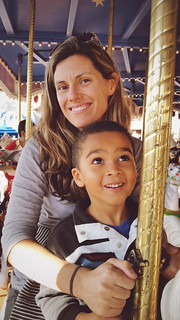 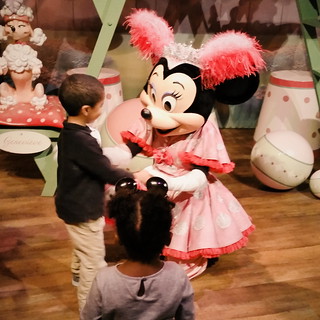 Although we only rode the people mover through Space Mountain, and we couldn’t see anything, Nolin thinks it is the greatest roller coaster of all time because it made Grammy “spit oil” and drew this picture of it. 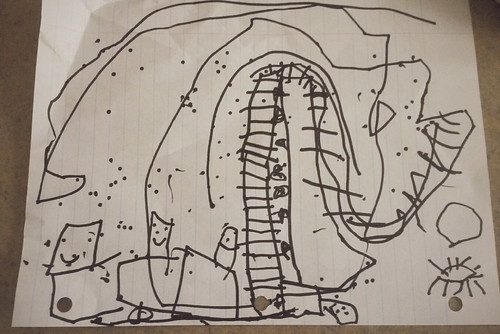