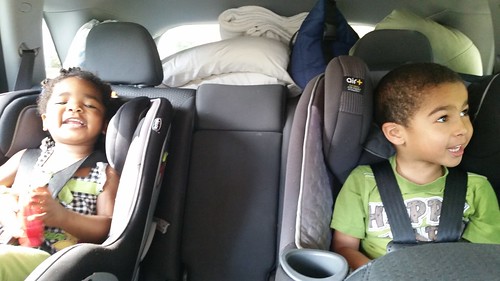 At the beginning of last week, I received an email from Jenn “Want this for your birthday?” with a link to an 8 person tent.

The funny thing is my birthday is still several weeks away, and not that we ever do anything big for our birthdays, but a tent was not really what had been running through my mind when I went to bed at night. 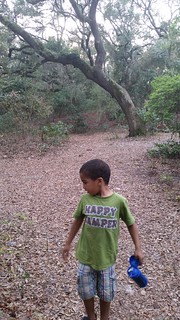 But alas the time had come and it was time to make good on that promise. Then tent arrived on Friday, and Sunday morning, Nolin put his Happy Camper shirt on and the four of us plus Pap-Pap squeezed into the car and headed to Amelia Island. Grammy cited the lack of space in the car for her decision to stay home.

We arrived at Fort Clinch mid afternoon and as quickly as I could start unloading the car, Grace and Nolin were off exploring the various paths. This gave me some “quite” time to figure out how to put our new tent up. As I was finishing the kids emerged to the “coolest” tent they had ever seen and immediately began running in and out and jumping from air mattress to air mattress. 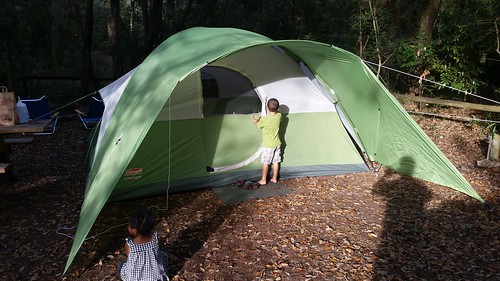 Yeah, this was going to be fun, but if it took a turn for the worse it was only one night. Anyone can deal with no sleep for 1 night…right? 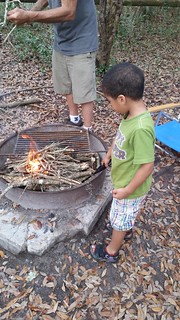 We were going to go out to dinner, but the kids were so excited for camping that I ran to the store and picked up some hotdogs to grill over the campfire. While I was gone they went out exploring some more and at one point, Nolin (unsolicited) leaned over to Jenn and said “Thank you so much for bringing me here”.

After hotdogs we ramped up the fun with roasting marshmallows. Here’s the thing, my kids love to roast marshmallow and set them on fire, but they have little interest in eating them especially if they are burnt. This became an exercise in blowing marshmallows out, tossing them in the fire and repeat. 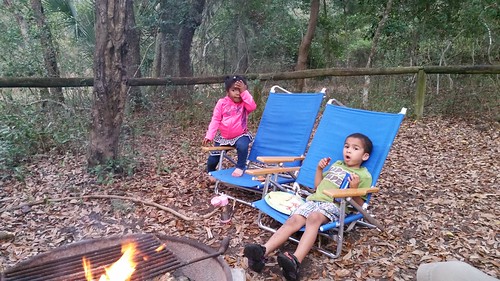 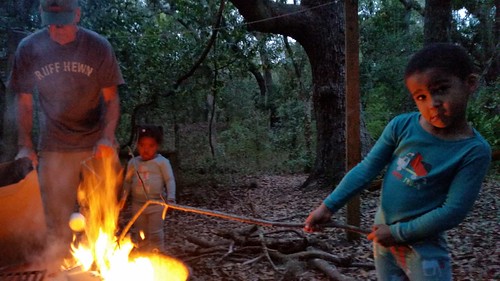 Finally Nolin and I went for a little walk while Grace fell asleep in the tent. Then Nolin, Pap-Pap, Jenn and I sat around the campfire telling stories until about 10pm. Then judgement day came…time for everyone to go to sleep. 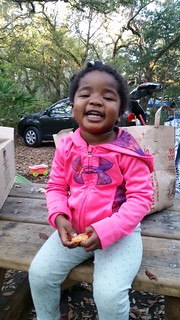 Jenn and I slept with Grace, who was out. Nolin fell asleep pretty quickly beside Pap-Pap. I woke up around midnight to the ever elusive and ever-present Snoring Pap-Pap frog (not a long drawn out snore, just short little bursts of snoring that he seemed to catch as soon as they started).

Finally I fell back asleep, until 2am. This time Grace decided to wake up and ask questions about what every sound was, tell us secrets and anything else that you don’t want to talk about at 2am. This lasted until about 4am. The noise never seemed to stir Nolin or Pap-Pap, but then around 6:15 both Nolin & Grace woke up ready to explore. 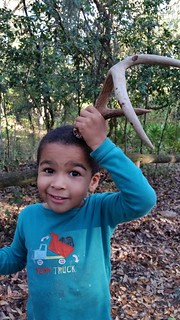 Nolin and I went exploring on the paths while everyone else got ready. We came back and I started to try to organize and Pap-Pap and Nolin went back out exploring. Grace meanwhile hung out with us.

Nolin emerged a little while later super excited. He found a deer antler in the woods. This was possibly one of the coolest camping finds in history or one of the worst potential sibling rivalry weapons to bring home. We went with coolest find, and made sure to protect them for the trip home.

We went to a slightly unsuccessful breakfast that morning, and then to visit the awesome pier at the state park and finally Fort Cinch. The Fort was one of the best forts I have personally visited since moving to Florida. The kids were able to run and explore all of the tunnels and passageways. 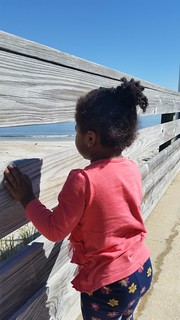 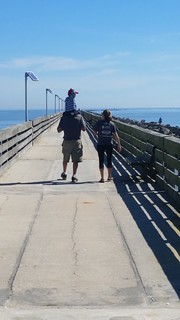 We stopped at the beach by the fort for a few minutes before finally deciding it was time to start the trip home. We finally made it home and all took showers and got ready for bed.

I was laying down with Nolin and he fell asleep pretty quickly, as I was getting ready to get up he rolled over with his eyes closed and whispered “These blankets aren’t as warm as the sleeping bags”. I replied “your room isn’t as cold as the tent”. He got a huge smile on his face and was asleep. 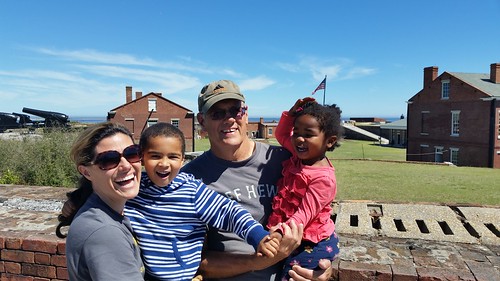 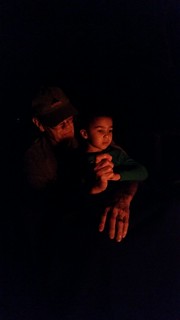 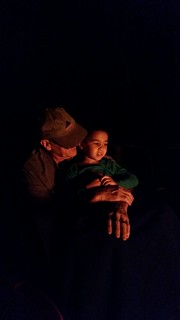 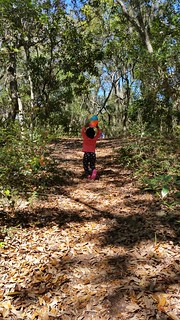 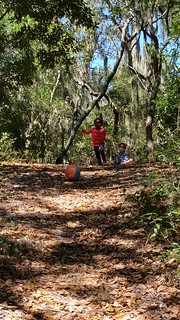 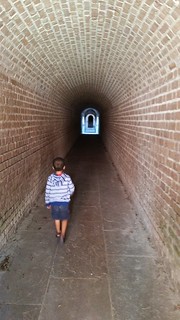 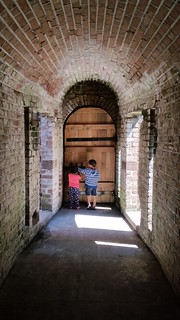 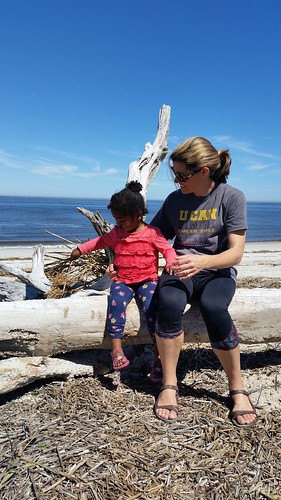 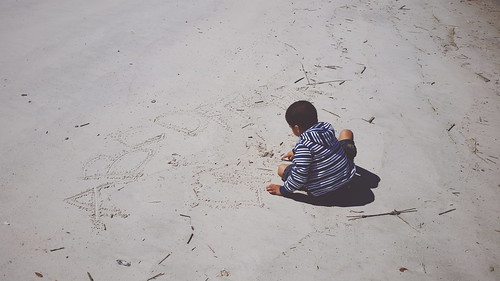