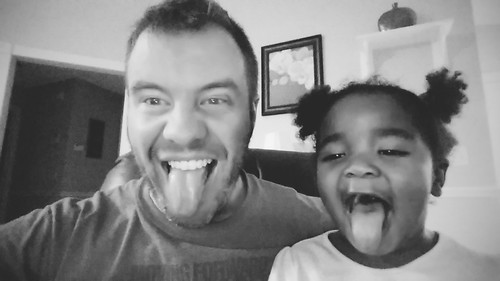 A couple weeks ago Jenn and Nolin took a quick trip up north to visit family and for Nolin to see snow. Grace and I on the other hand, got to hang out at home and discover what type of trouble we could get ourselves into.

It started out with Jenn pointing out various containers of fruits and vegetables and explaining to me that when we go somewhere, I should bring a certain amount of this and some of that and make sure that I don’t forget to bring something to drink.

Hmmmm, I must have missed that class. So you are supposed to feed kids? 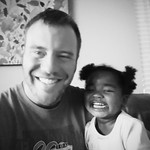 To be honest, I think Jenn was more concerned that the weekend would be filled with hot dogs, ice cream and Lucky Charms (breakfast of champions).

She always has to take the fun out of solo daddy weekends.

After we all (unintentionally) woke up to see Jenn and Nolin off to the airport at 5am, Grace and I began to get prepared for our day. We started with a breakfast consisting of various food items from all of the approved containers, and then my first attempt at Daddy Beauty Shop.

I thought I would be a pro, and prove that I had this down. I tried to mimic some of Jenn’s twist braids. After about 35 minutes and various terrible attempts, I finally settled on two quick easy puffs.

That didn’t even work out well. The first attempt ended with one big puff and one small puff in various locations on her head. The second attempt was a little better. The whole time Grace laughed hysterically at my fumbled attempts and would say Awww Dad, so cute. 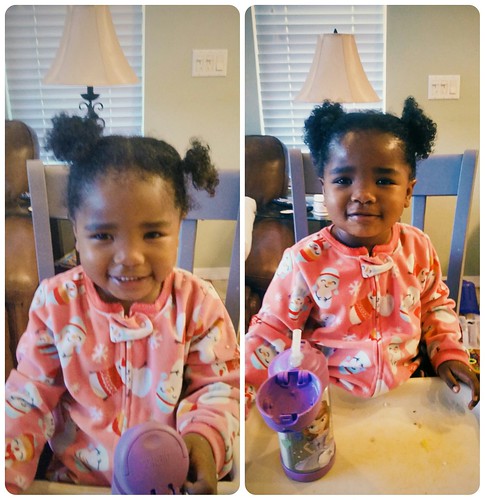 Not sure if she was trying to make me feel better, or she just figured she would suck up the embarrassment all day to make it all stop.

We finally got out the door, picked up Grammy and headed downtown to the Martin Luther King, Jr. parade. We were at the very end of the parade, which meant Grace had a strategic play for all the leftover candy and attention as she waved and danced for everyone.

Two seconds after we got in the car, Grace was down for the count making up for her early morning wake up call. She actually slept for almost 3 hours that day…this solo parenting thing was easy.

We had a quick afternoon play date with Cori, Andrew and Logan and then headed home for date night. Yep, Jenn was out of town and I had the first of several date nights…with Grammy.

She made dinner and I happily accepted. Grace went to sleep shortly after we got home, and I began planning Sunday’s hair style. Yep, this was my new reality. We would start the day with a bath, so that I could appropriately moisturize Grace’s hair and it would be easier to style.

After watching a few videos, I decided we would stick with two puffs. This attempt was much faster and Grace still laughed hysterically and tried, again, to make me feel better. 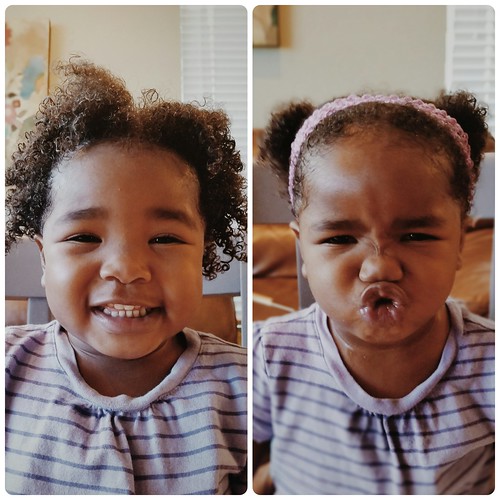 Sunday was a lunch date with friends and then back to the house for nap time. Again, solo parenting a breeze (minus the hair styling). Grace woke up and we decided to go for a walk when I got a call.

What are you all doing?
Just going for a walk.
Do you all want to stop by for a visit?

Date night #2. This time Grammy made my all time favorite (and apparently Grace’s too) Sheppard’s Pie. This whole Jenn being out of town thing wasn’t too bad. 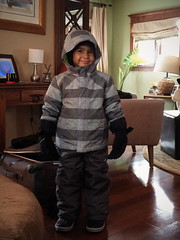 Meanwhile, while Grace and I were getting fat and happy. Nolin was in heaven. When they arrived in town, Nolin hopped out of the car, jumped in the snow and began making snow angels and throwing snowballs before he realized how cold the snow was. Luckily they were at Target to purchase snow appropriate clothing. Being a Florida boy, Nolin didn’t really have access to a lot of winter gear. The day was full of sledding and playing outside. The next morning he woke up to a surprise arrival of Pap-Pap.

By surprise I mean Pap-Pap had already told Nolin, he would “sneak up and visit him”.

The rest of their trip was pretty much the same. Nolin sledding, playing outside and loving every second of it. 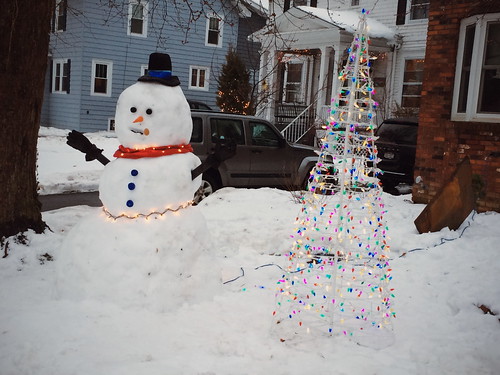 Back in the warmer climate…Grace and I were busy wrapping up our weekend. We graduated from two puffs to four puffs and the realization that Grace would be in trouble if I was responsible for her hair care. 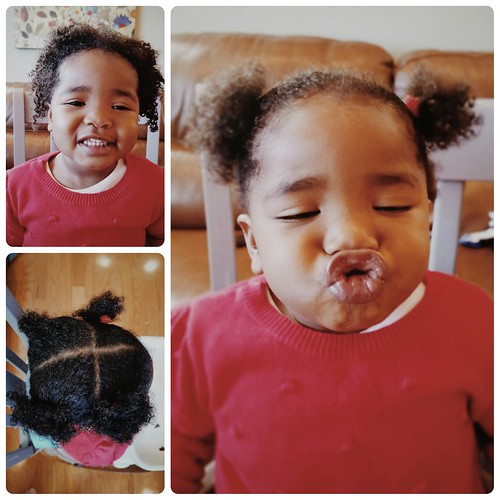 We also had to make some serious damage on the food in the refrigerator or Jenn would know I had been cheating on her during my dinner dates with Grammy. There was lots of lettuce, vegetables and fruit that day for lunch since we had not really eaten at home all weekend.

Grace stayed up a bit late our last evening because she was so excited to see Jenn and Nolin. We were in the process of reading stories in her princess castle tent when Jenn arrived. She hopped out quickly and gave Jenn a hug and looked around, where is Nolin?!

He had just fallen asleep, so Grace settled for giving him a kiss, rubbing his head and quietly welcoming him home.

This wrapped up my first extended solo time with Grace. I loved our Bonnie and Clyde weekend, but it was really great to have the whole gang back together again and not have to worry about hair styles and matching outfits…neither are my strong suit. 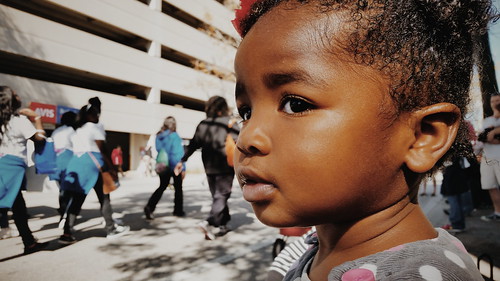 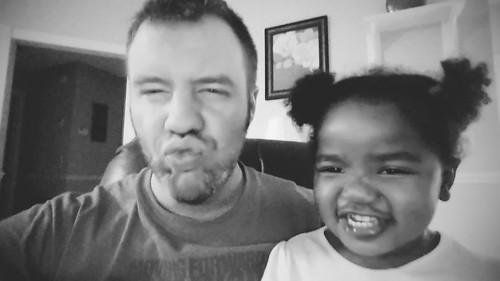