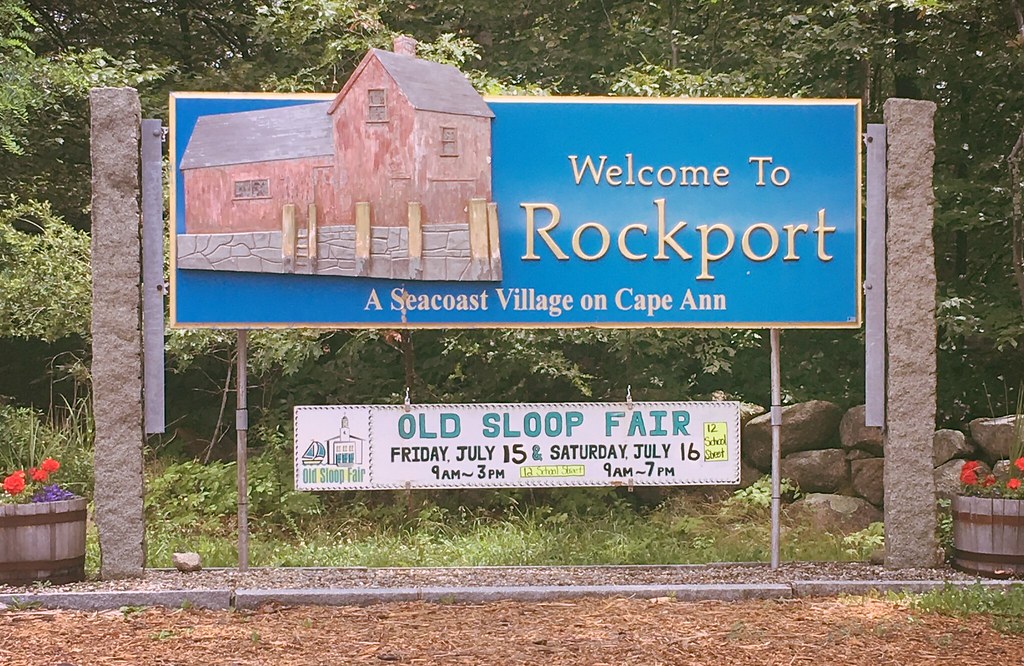 We all grow up way too quickly…and then life happens. Many of the moments we each took for granted growing up eventually fade into stories and distant memories. That is part of the reason, I still continue this blog…in hopes that one day all of our adventures as a family will not become some slightly exaggerated version of events, or worse…completely forgotten.

My mom’s childhood was shaped by the summers her family spent in Rockport. For her, it was the magic that childhoods are made of. The brief time before…life happened. 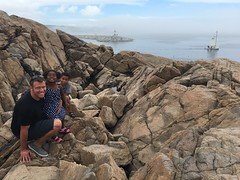 On our way to New Hampshire, Jenn realized that Rockport really wasn’t too far out-of-the-way, and since technically we didn’t really have any where to be, it seemed like the perfect time to share a little bit of my mom’s childhood magic with our kids. 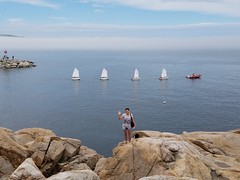 We texted my mom a picture of the sign as we entered. She was ecstatic, but not nearly as ecstatic as we were as soon as we started walking around. The place was out of a movie (the downtown area has probably become a little touristy, but it was still amazing).

We watched teams of young kids head out into the ocean for sailing lessons. We explored the rocks and felt the salt in the air. We just spent time wandering. 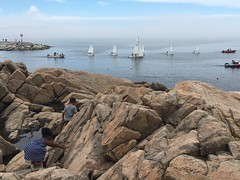 As I walked around and watched the kids running, jumping and exploring I could only imagine what my mom and my aunt must have been doing when they were kids. I had been to Rockport once before with my sister,my mom, my aunt & uncle and cousins back when I was younger.

It was where my cousin Stephen sneaked me (literally) a drop of beer, I met my cousin Brian’s girlfriend (now wife) and my cousin Kathleen convinced me to try lobster.

I have always known what a special place it was for my mom & her family, but this time I could really understand it. 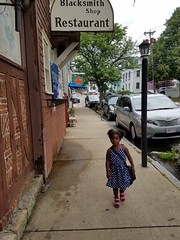 Even though there was no agenda, life still happens. We realized that we still did have a bit of a hike in front of us, and we probably wanted to try to get settled in to our new place before it was too late.

Jenn and the kids waited downtown while I ran back up the hill to get the car. As I approached the car, I realized I could not have come all this way without doing one thing…

So before I headed back to pick everyone up, I drove over to see the house that my mom spent every summer in. I stepped outside and walked around. Just a quiet moment by myself, appreciating the moment.

Then an older German looking man came towards me taking notes, and I quickly realized my nostalgia (and picture-taking) could be looking super creepy to the neighbors and the new occupants. 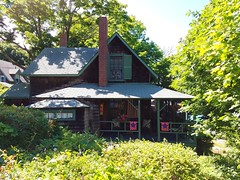 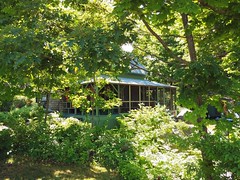 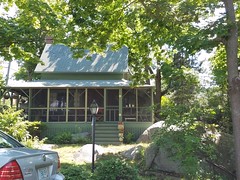 So I got back in my car, waved and said thank you. I then realized that saying thank you may also sound really weird and creepy, but he smiled and waved back.

I sent my mom and cousin Kathleen the picture of the old house as I picked everyone up and we got back on the road after a nice afternoon detour.

A few moments later I received a text from my sister:

Dear Brother – Thank you for ruining my work day. Mother is now a crying mess. I guess she is going home now.

As I said, sometimes life happens. You never know what you are going to get, but if you ever have the chance to leave the door open to a slight detour…

You may just get to relive Rockport. 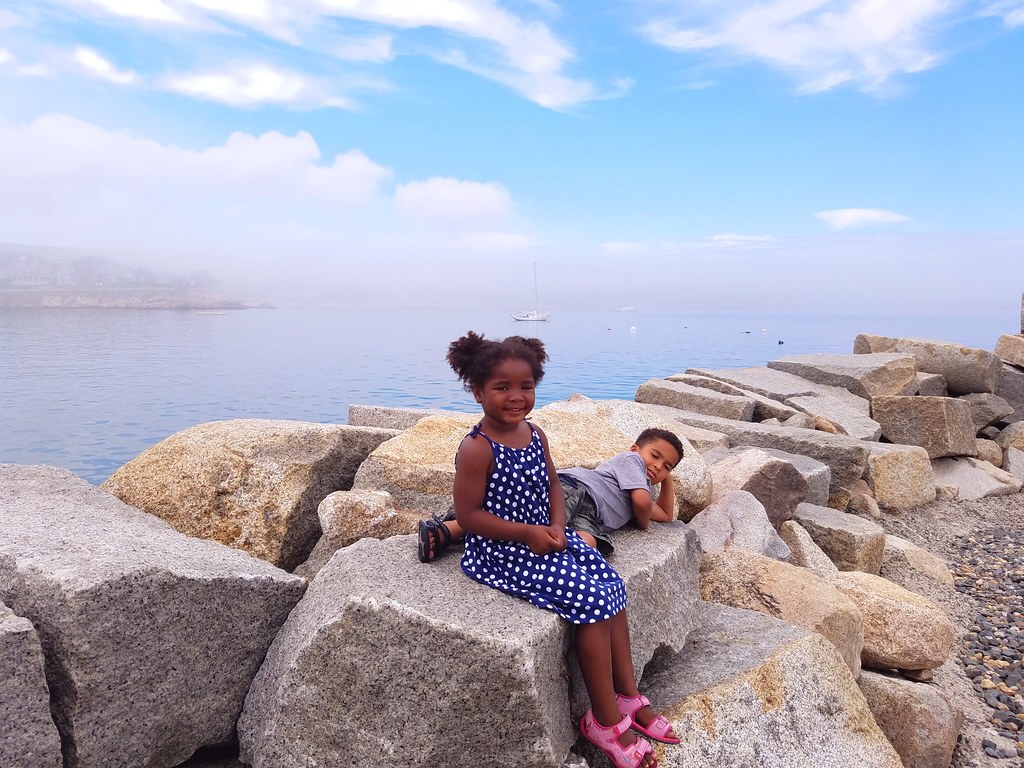 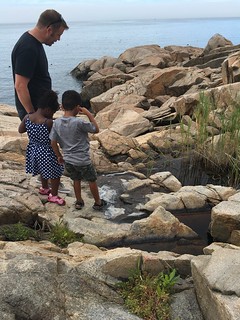 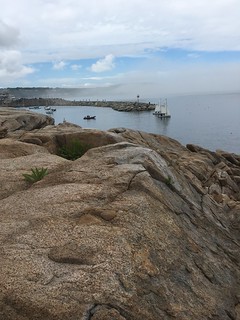 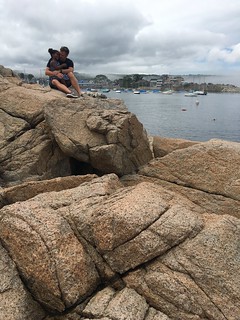 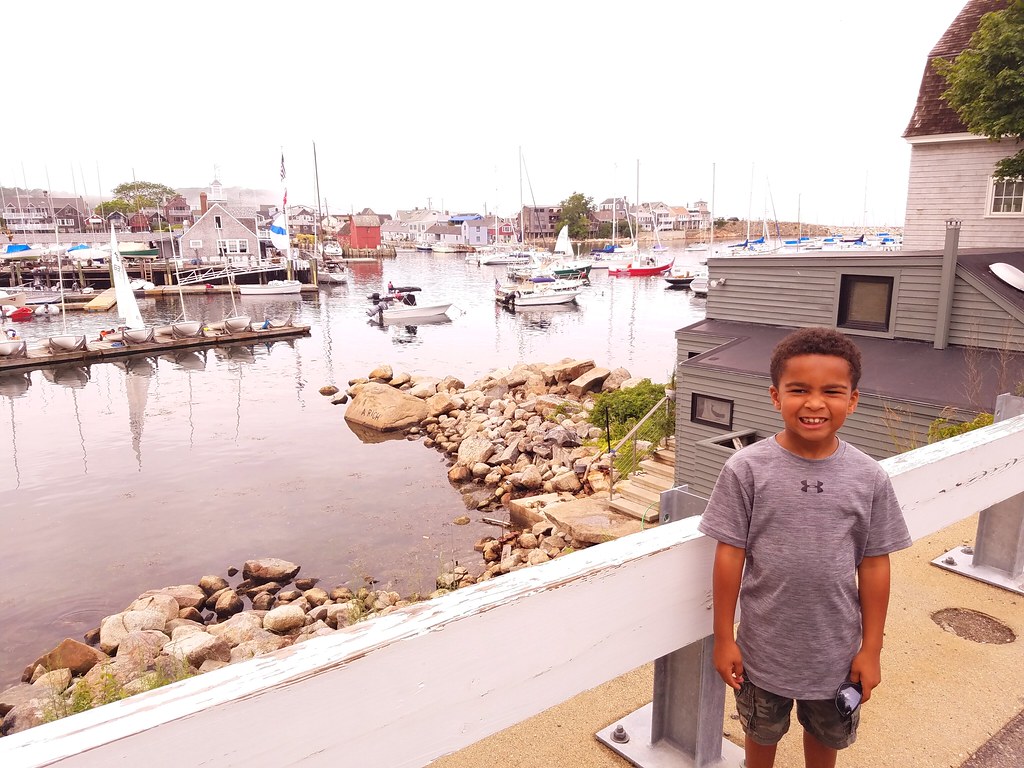 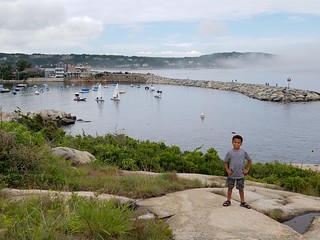 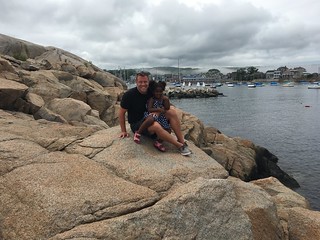 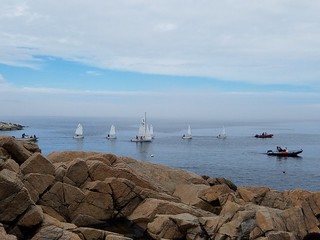 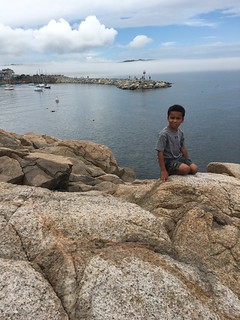 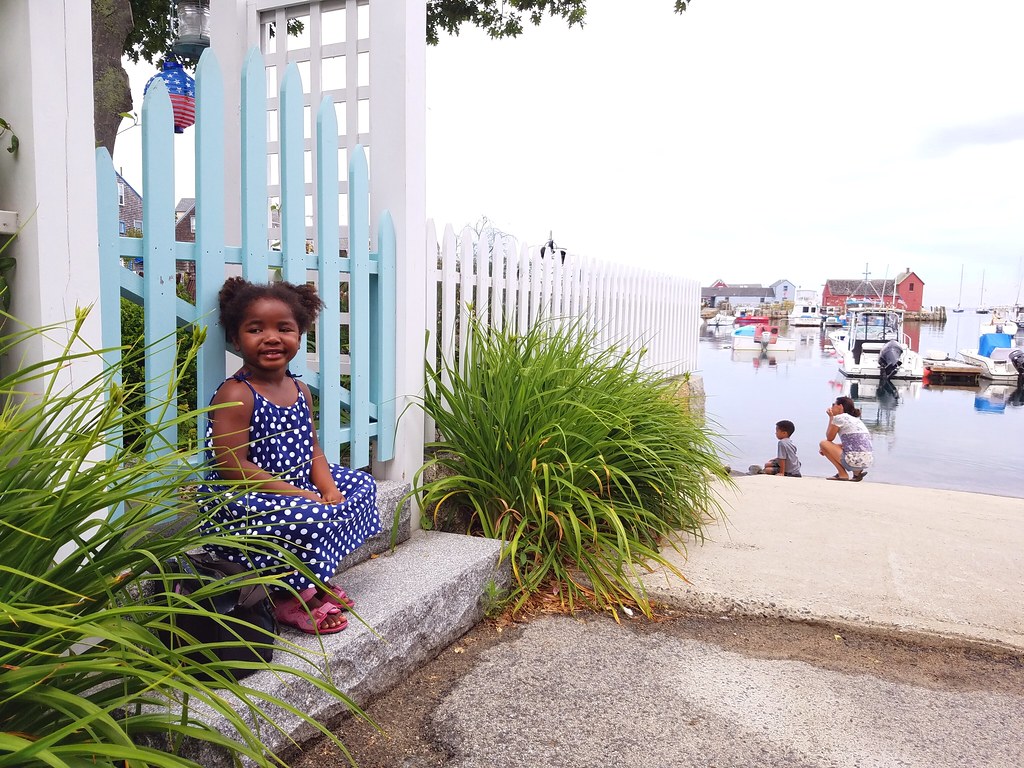 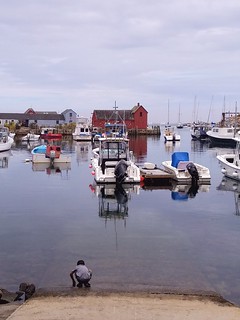 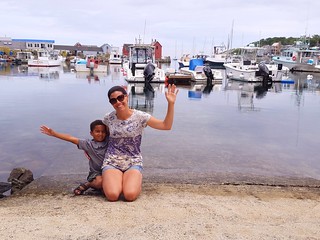 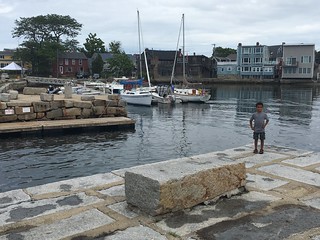 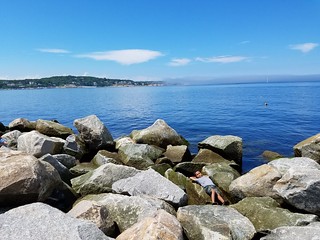 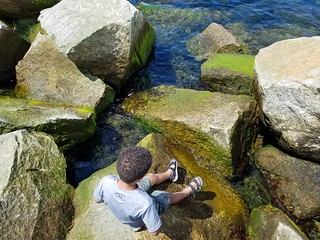 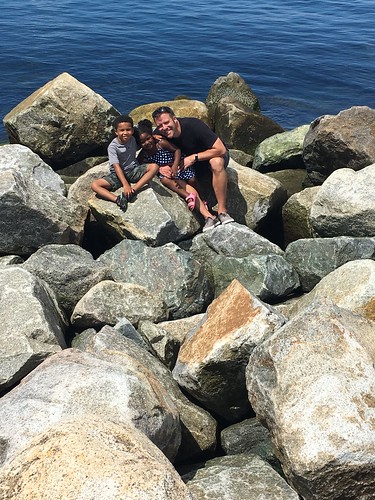 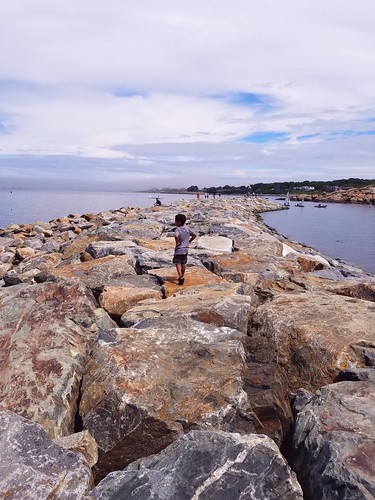 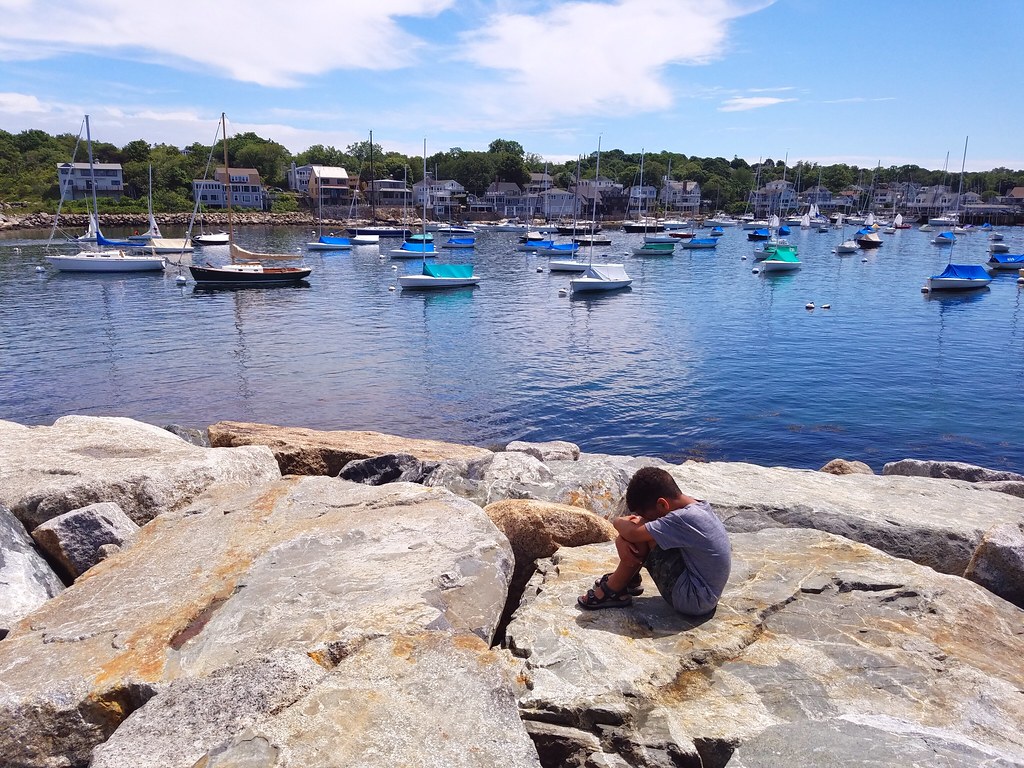