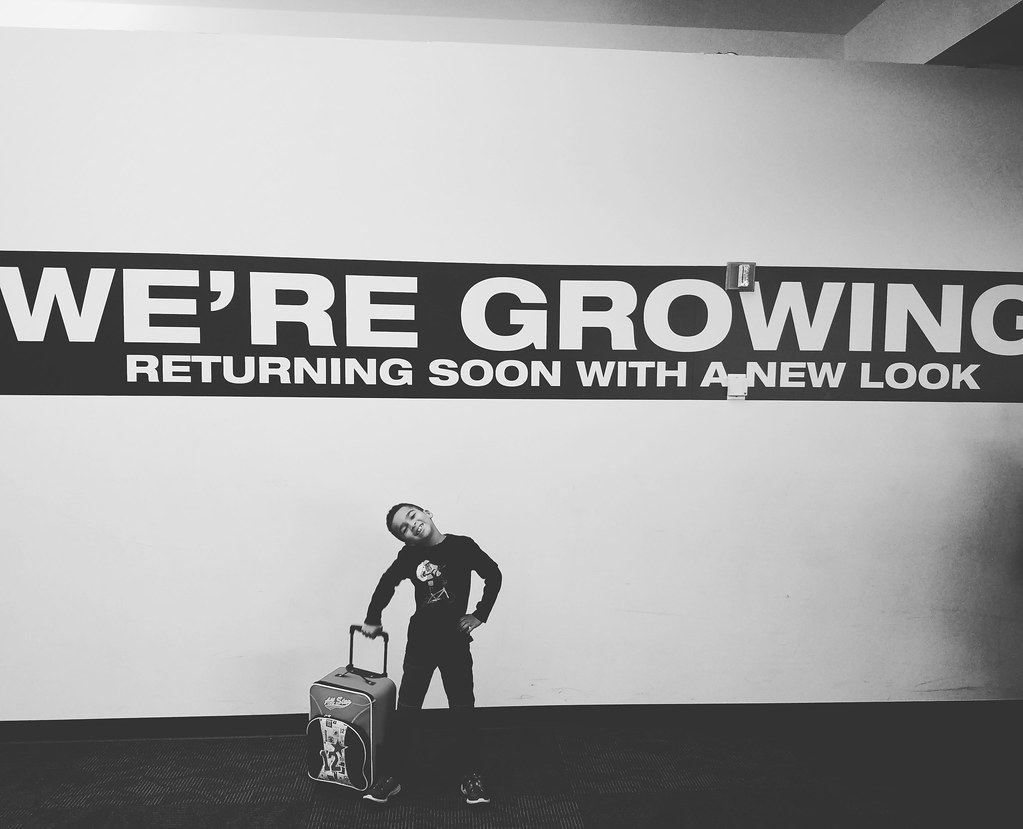 New Years this year had a whole new look for our family. Since we did not make it to Virginia to see my family this year over the holidays, Nolin & I took a flight to Virginia and Grace & Jenn partied at home.

We held off on telling Nolin that he was going to Virginia until the day before. Mostly because we didn’t want Grace to be upset that she was not going. The night before when I told Nolin what we were doing, he was super excited. 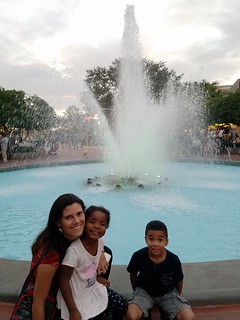 Grace was also super excited for him. Not jealous, not sad. She gave him a big hug and said “I am so excited for you”.

Nolin & I’s wake up call at 5am came quickly. He was a champ, and after a short layover we finally made it. We were greeted by my parents, my sister, and my brother’s family. Nolin immediately walked up to my brother’s daughter and started holding her hand.

She would be his Grace over the next few days, as she quickly began copying everything he did. This was really the first time that they were both the right age to truly play together. 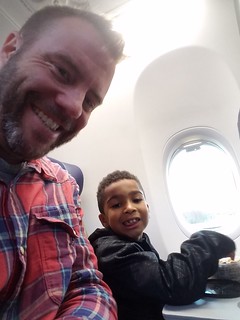 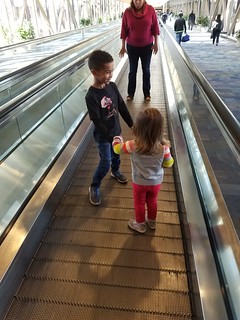 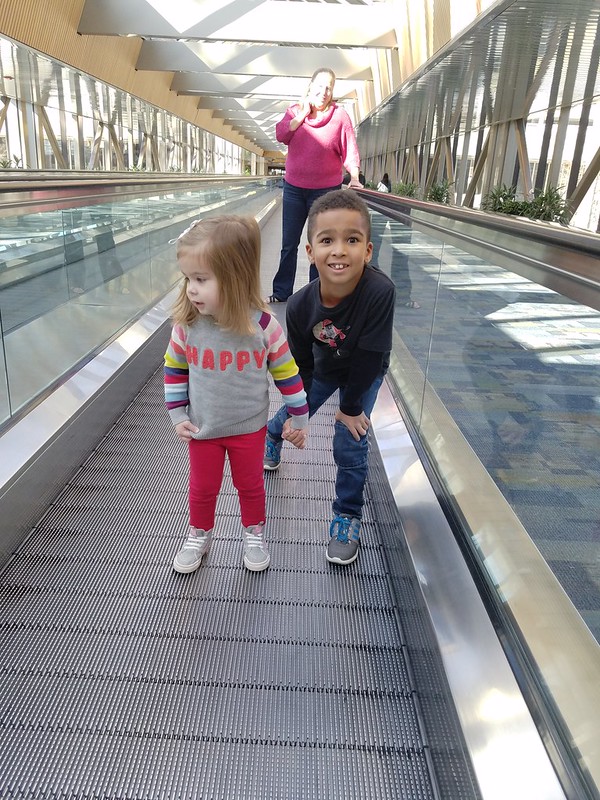 That night, we had a fierce bowling competition to which Baby Wayne beat me. To be fair, he has his own bowling ball & shoes. Although Nolin has a bit to learn about bowling etiquette, he did great and had a blast.

During this outing and the introduction to video games (the Atari), bowling has now become something he truly enjoys. 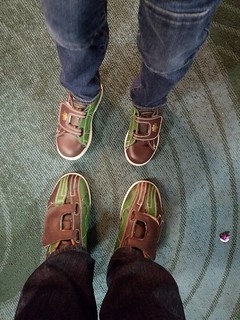 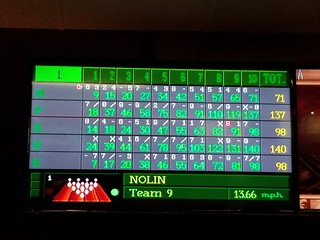 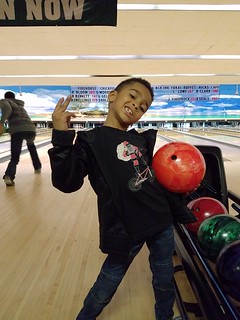 For New Years Eve, we started with a play date at my friend (and former band member) Kim’s house with her kids. They played all day, and Nolin would have been fine never leaving. But that evening, everyone was coming over to my parent’s house, so we had to call it a day. 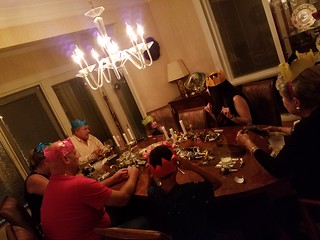 At Ba & Pop’s house, the kids had fun playing old school Atari games and enjoyed a special New Years dinner. After the adult dinner, Valentina brought over several New Year’s party favors for everyone which was followed up by a “slightly earlier” New Year’s eve countdown.

Afterwards my brother’s family left, and my parents both fell asleep before midnight, but my sister, Wayne and I stayed up and watched Maria Carey’s amazing NYE performance before celebrating with Champaign before calling it an evening. 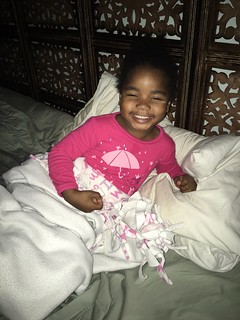 I received a video from Mommy and Grace shortly after. Grace had fallen asleep around 7pm, and then Jenn took her over to our neighbors big New Year’s Eve party. She woke up  as soon as the door opened and immediately enjoyed the party. She also apparently enjoyed sleeping in our bed with Jenn each night.

New Year’s Day, the party continued at a friend of my brother & sister’s house. Nolin had the most amazing time because it was filled with every toy and gadget you could imagine. He spent most of his time on the electric scooter and hover board. Anything fast that can hurt you…that is right up Nolin’s alley.

It was finally time for Nolin and I to make our way back to Florida. As I have mentioned earlier, in his ideal world everyone whom he cares about would live right next door to him and play with him every day, so there were definitely a few tears as we said goodbye.

We were greeted at the airport by Pap-Pap and Grace.  While Nolin was excited to see Pap-Pap, he and Grace were ecstatic to see each other. They may not always act like they love each other, but I guess absence makes the heart grow fonder. 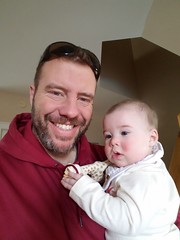 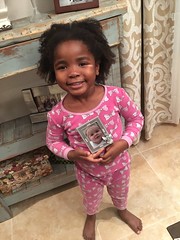 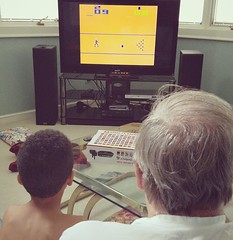 ** A Funny Bonus Story **
It is easy to forget that when kids are young, they spend most of their time observing and learning. This means that you always need to be aware of your surroundings. While we were in Virginia, my mom asked Nolin if he was aware that she sold Real Estate. He looked at her very confused, and said, “you mean you don’t work in a whore house”?

As we picked our mouths off the floor, we then realized that a funny bath towel conversation starter my mom was given years ago, had backfired. Fortunately I don’t think we will be having that conversation anytime soon. 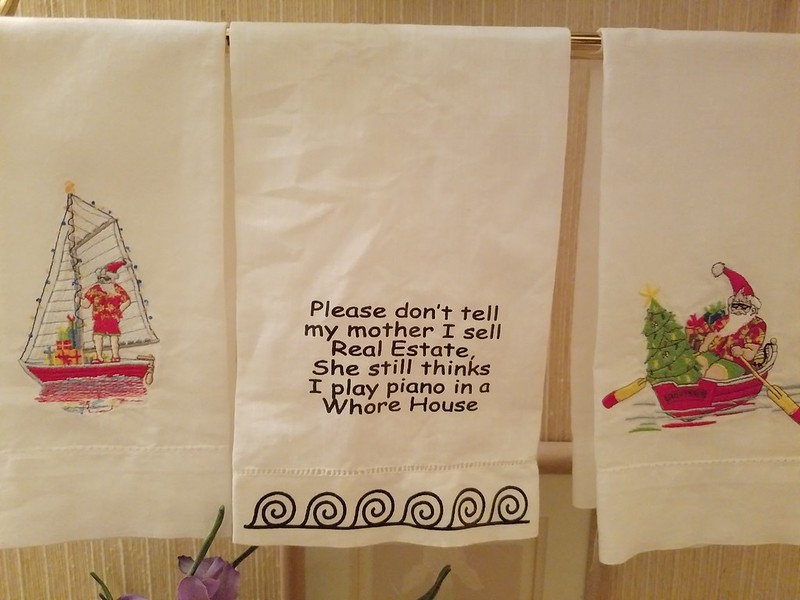