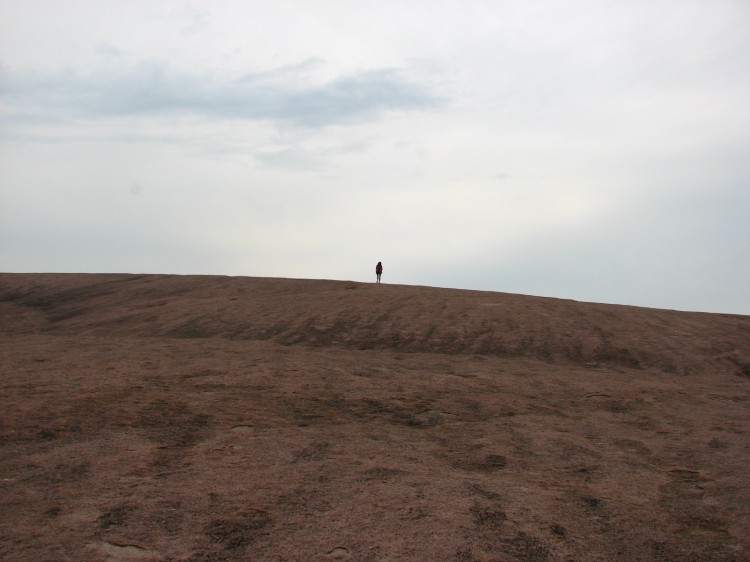 It’s hard to fathom that in 5 days Nolin will be turning two years old. As exciting as this milestone is, it is going to throw a severe wrench into our travel habits.

Since children under two are able to fly for free as a lap baby, it has made picking up and going somewhere a pretty easy decision. That will all change now as road trips become the more economical option (and I have to admit that a lot more thought will have to go into a 13 and 18 hour car ride up North versus an easy 2 hour flight). We also realized that although he is not even 30 lbs (we will find out the official weight on Monday), he has already left quite the carbon footprint.

In Nolin’s 707 short days on this planet he has already amassed over 38,860 air miles and over 3,200 road miles on trips. When I added it all up, I began to think that there may be some truth to the fact that both Jenn & I’s parents think we are crazy. Nolin’s travels equates to approximately 7.75 metric tons of CO2. This means that it will take approximately 30 years and 7 trees (or possibly 1 year and 210 trees) to reverse the impact that Nolin has made in a such a short period of time…It looks like Pap Pap & I are going to have a lot of digging to do. 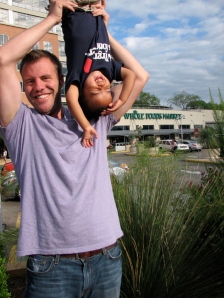 Anyway, we figured that we would celebrate this milestone with one last trip (not to mention it was the only way that I would be able to spend time with Jenn & Nolin since I have been traveling the last three weeks). So Jenn & Nolin accompanied me to Austin, TX for a few days while I attended a convention for work.

We came in early to do some exploring, and let me just say that the best way to explain Austin is Things That Make You Go Hmmmm? It is probably one of the few places that you will see a 60-year-old road worn hipster in skinny jeans hanging out next to a Cowboy while walking past a bar that has been rented out for a dog’s 1st birthday party (complete with doggy bags for the guests of course). Apparently in Austin, anything goes.

It is also the place that I was once again reminded that our family may not be seen as traditional and I don’t mean that in a bad way. It was in Austin that I became aware that when people see our family they most likely instantly realize that we were brought together through adoption. Hopefully they also instantly realize how truly awesome that is. After two years, I think I lose sight of the adoption factor because I just see Nolin as our son.

Back home I often see people smiling when we are with Nolin, but never pay much attention to it because people always smile when they see kids (unless of course it is a kid screaming on a plane or throwing a tantrum in the store and even then if you are a parent you still probably smile because you have been there and done that). The difference we found in Texas is that people aren’t shy about coming up to you and talking to you about adoption.

As we began paying more attention to the additional attention we were receiving, we also started noticing that there were a ton of other adoptive families around us. I guess since it has become such a normal thing for me, I had not stopped to think about it recently.

Since this would be the last great adventure for a while (although that is debatable because our summer road trip up North already has Griswold written all over it), we made sure that we would get to experience as much of Texas as we could. At this point I can say…the trip was a success.