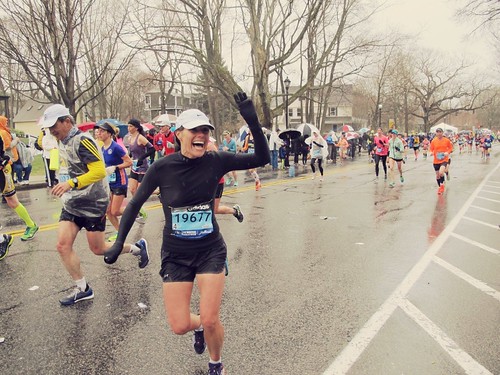 No, it’s not the mysterious numbers from a new Lost spinoff. This is Jenn’s Boston Marathon Finish Time, Overall Rank, Overall Female Rank, Division Rank and pace per mile. She paced almost 30 seconds per mile faster than her qualifying time and had a PR of over 10 minutes.

Not to take anything away from this amazing accomplishment, but I kind of had a marathon of my own going at the same time. Before we get into our marathons, I’ll treat you all to the DVR version of the blog so that you can catch up on everything you missed between my last post in 90 seconds. 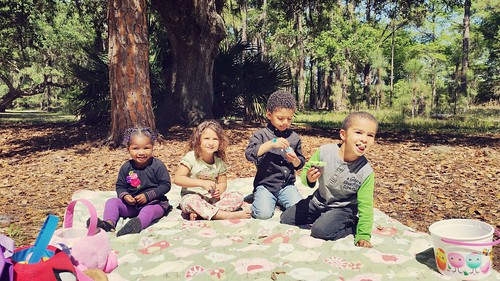 The end of March, Jenn & I hosted the 6th Annual Adoption Picnic. We had over 115 RSVPs and besides being down 8 extra sets of hands (4 grandparents) this year, the event went off without a hitch and was an amazing day! At this point, it looks like we will be doing this for many more years to come. 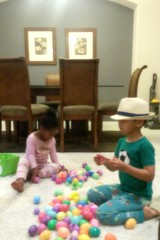 The following weekend was Easter which happened to share my 38th birthday. We hid a ton of eggs around the house, and while some were filled with candy, most were filled with puzzles and games which the kids loved (I have to give Jenn props for thinking that one up). This was the first year that they both were totally into the Easter egg hunt.

When you get old, you don’t really do anything for your birthday, but Grace was determined to make sure that no one forgot to go to Daddy’s Birthday Party. Not really sure where that was or who was throwing it, but I really think she wanted to make sure that we all got some cake.

About a week later, I had the opportunity to experience one of those amazing parent moments…Nolin had his own marathon. Actually it was more like a 50-yard-dash because it happened so fast. In what is probably the best metaphor for watching your kids grow up…Nolin took off the training wheels and off he went. This moment was too big for a paragraph so the full story will be coming up next.

Now back to the marathon(s). Jenn has spent the last several months getting up at 4:30 in the morning several days a week to train before I leave for work and it was now time to see if all of that work would pay off. She left early Saturday morning to fly to Boston with Grammy.

I actually got to sleep in until about 7:30 when the rest of the house woke up. It was breakfast and a trip to the Daddy beauty shop for Grace, so that we could pick up Pap-Pap and make it to Nolin’s tennis practice on time. 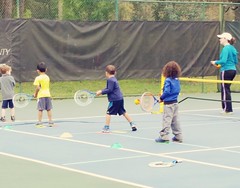 While tennis lessons seem to be going way better than soccer, it is still touch and go at times when you are dealing with several four year olds, tennis rackets, balls, leaf bugs (well Nolin is really the only one that is interested in leaf bugs) and hot weather. I don’t know what it was, but Nolin was focused and determined the entire time even when the other kids weren’t. This deserved a reward…

So after tennis we went to the playground, but that really wasn’t a big enough reward for such a great start to our morning, so we decided to go to SeaWorld.

If nothing else, I could wear the kids out.

I didn’t expect the trip to be long, but we ended up staying for about 6 hours and both kids were super easy. To be honest, I think it is just a reflection of my awesome parenting skills (I can picture Jenn rolling her eyes). 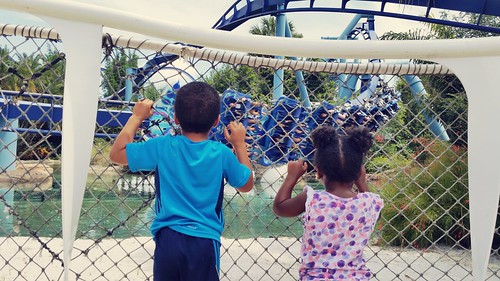 The next day was a relaxed day because we had to physically (and mentally) prepare for an early morning wake up call to attend Nolin’s school field trip to Legoland. This meant early wake up calls and another trip to the Daddy beauty shop for Grace (Apparently I got a B+ for the hair and a C- for the outfit). 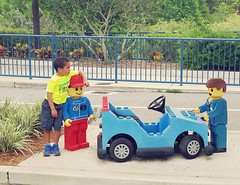 We got to Legoland with our Boston Marathon app in hand to find Nolin was starting to get sick. About 30 minutes into the park, Nolin had zero energy and we were carrying him around like dead weight.

It was about this time, that Jenn started her race.

At her 15K mark we entered the Cypress Gardens, Nolin began eating food and getting energy and feeling better. We spent over an hour in the gardens. I think I may have been the only parent whose kids had more fun in the gardens than Legoland. We made it back to the amusement park side as Jenn was hitting the 40K mark. 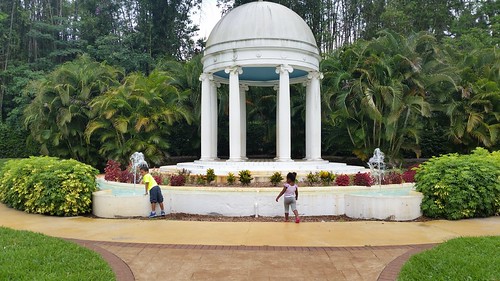 It started to rain. 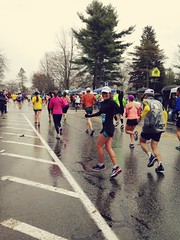 I can’t complain because Jenn had been dealing with rain during her entire marathon with a high of 41 degrees. So we dealt with our light drizzle and watched Jenn finish the race while twirling up in the air on a ride.

Then it really started to rain.

We made it to an indoor ride just in time for the monsoon. We rode the ride twice and then decided, life would be more fun on our way home. With a towel over the kids, an umbrella for me and a broken umbrella for Pap-Pap we ran like Jenn out of the park.

After her race, Jenn kicked her legs up in a hotel downtown, went to dinner and ordered a gourmet meal…a $45 piece of Salmon with purple cauliflower (aka purple drizzle over a piece of fish…and nothing else).

After my marathon, I scrambled to make something my kids (who were now both feeling under the weather) would eat (aka hotdogs), get them bathed and in bed, so that I could kick up my legs.

Tuesday was a day of trying to work from home and watch two kids who were both sick. Luckily I was able to get some help from Pap-Pap which made everything easier.

Needless to say we were all excited to have our marathon star back home when we woke up Wednesday morning. She on the other hand probably would have loved to sleep just a little longer… 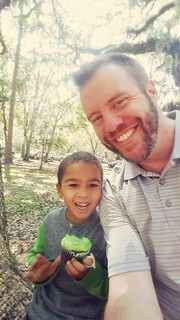 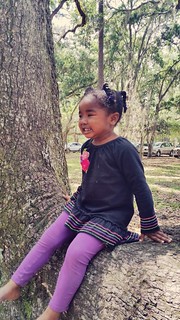 What Happens when you don’t smile for your picture with the Easter Bunny? 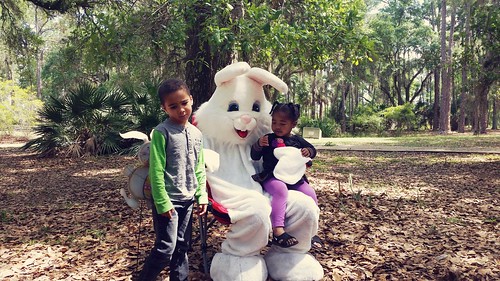 Easter Bunny says knock you out… 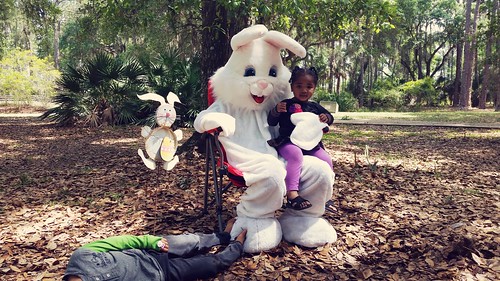 Alright, that didn’t really happen, but it made me laugh. 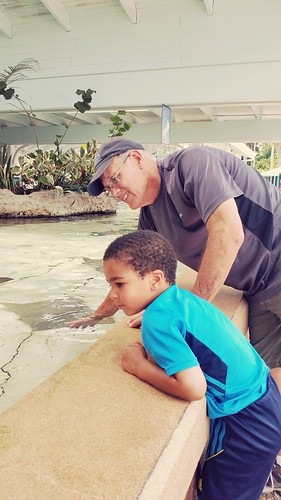 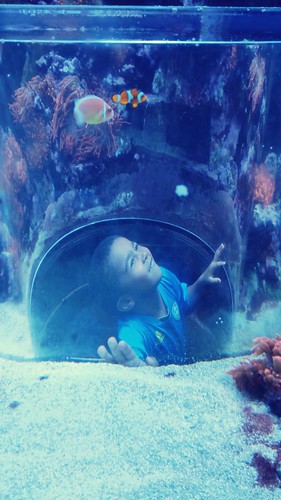 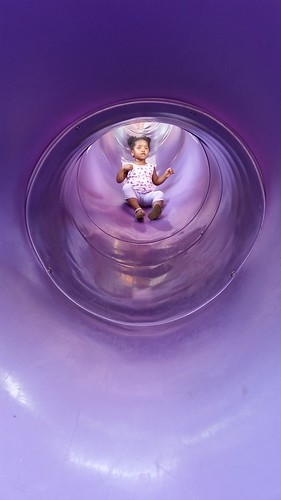 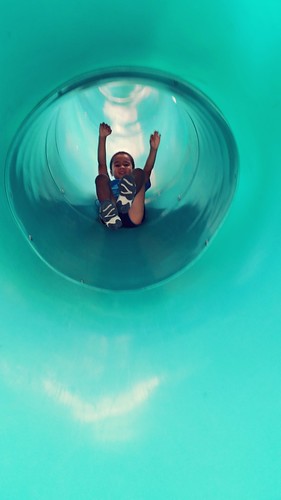 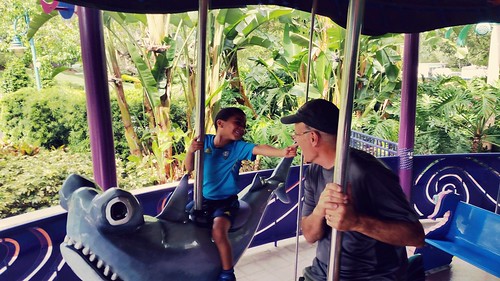 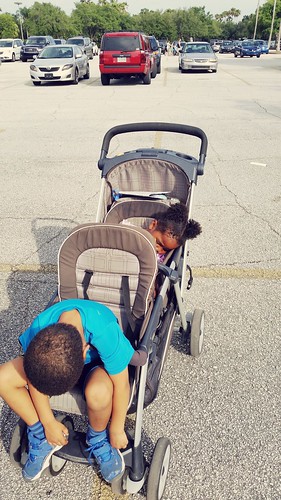 The 5pm picture we sent to Jenn to prove a great day out (Nolin was only pretending…Jenn was concerned that I actually pushed him through the park like this). 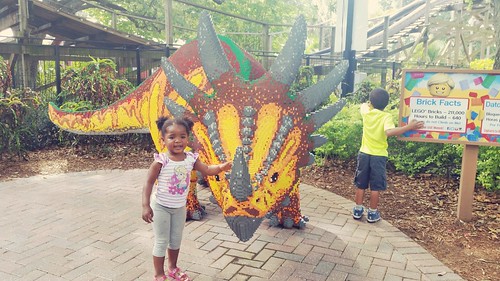 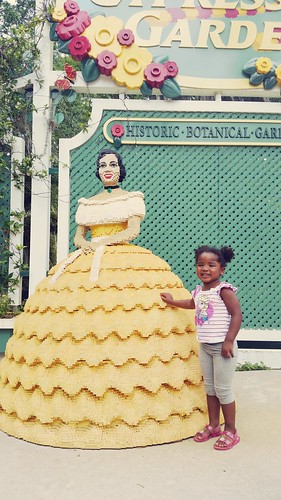 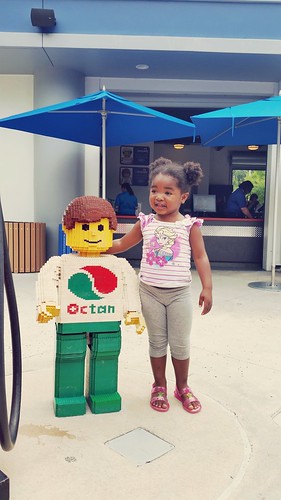 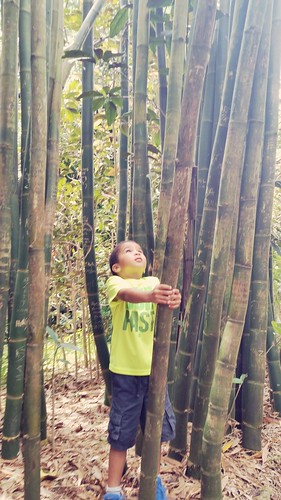 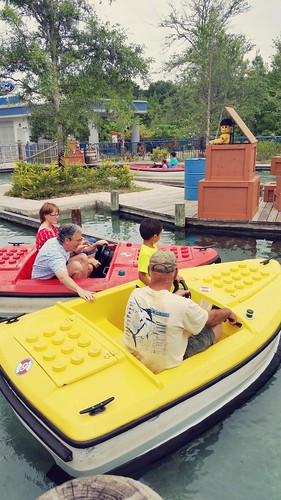 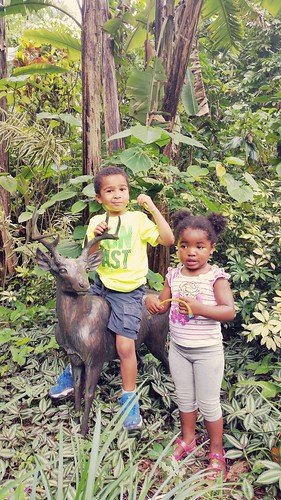 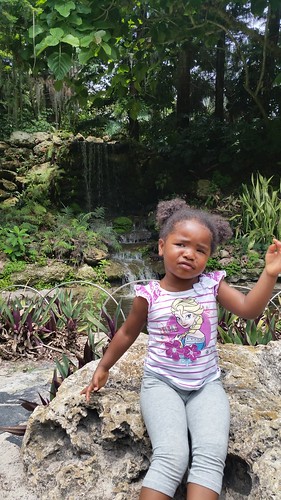 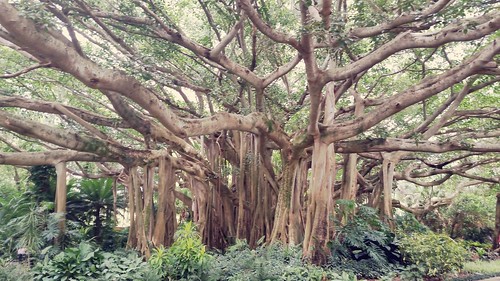