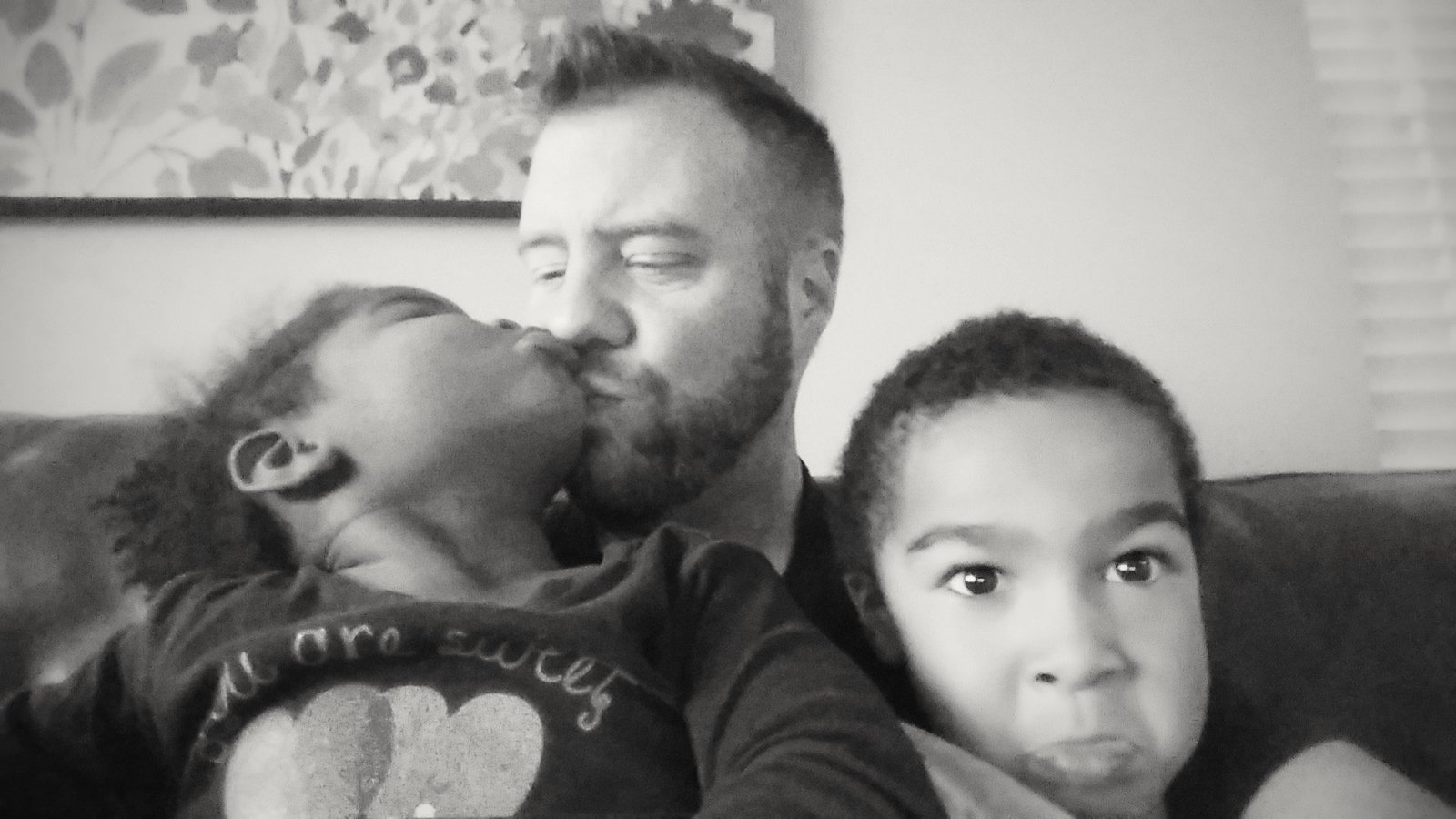 I have to imagine that there is a similarity between adoptive parents and biological parents where you have a pretty good idea what you are getting into before you bring a child home and at the same time you have no freakin clue. Somewhere in between those two bookends though is where the magic happens and memories are created.

While this story is more recent and not how our year began, I am jumping ahead a little bit because it makes more sense in the moment (that is the problem with being perpetually slow on completing blog entries). 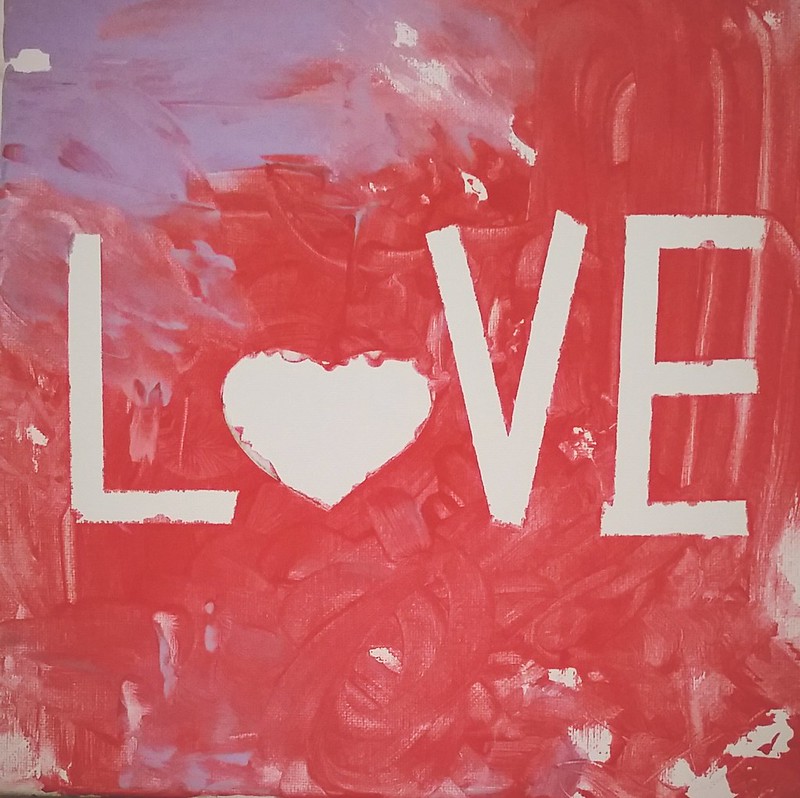 One of the areas that we knew would be challenging is that no matter what we do, we have to make opportunities to introduce, explore and learn about different cultural aspects as they relate to our children growing up. 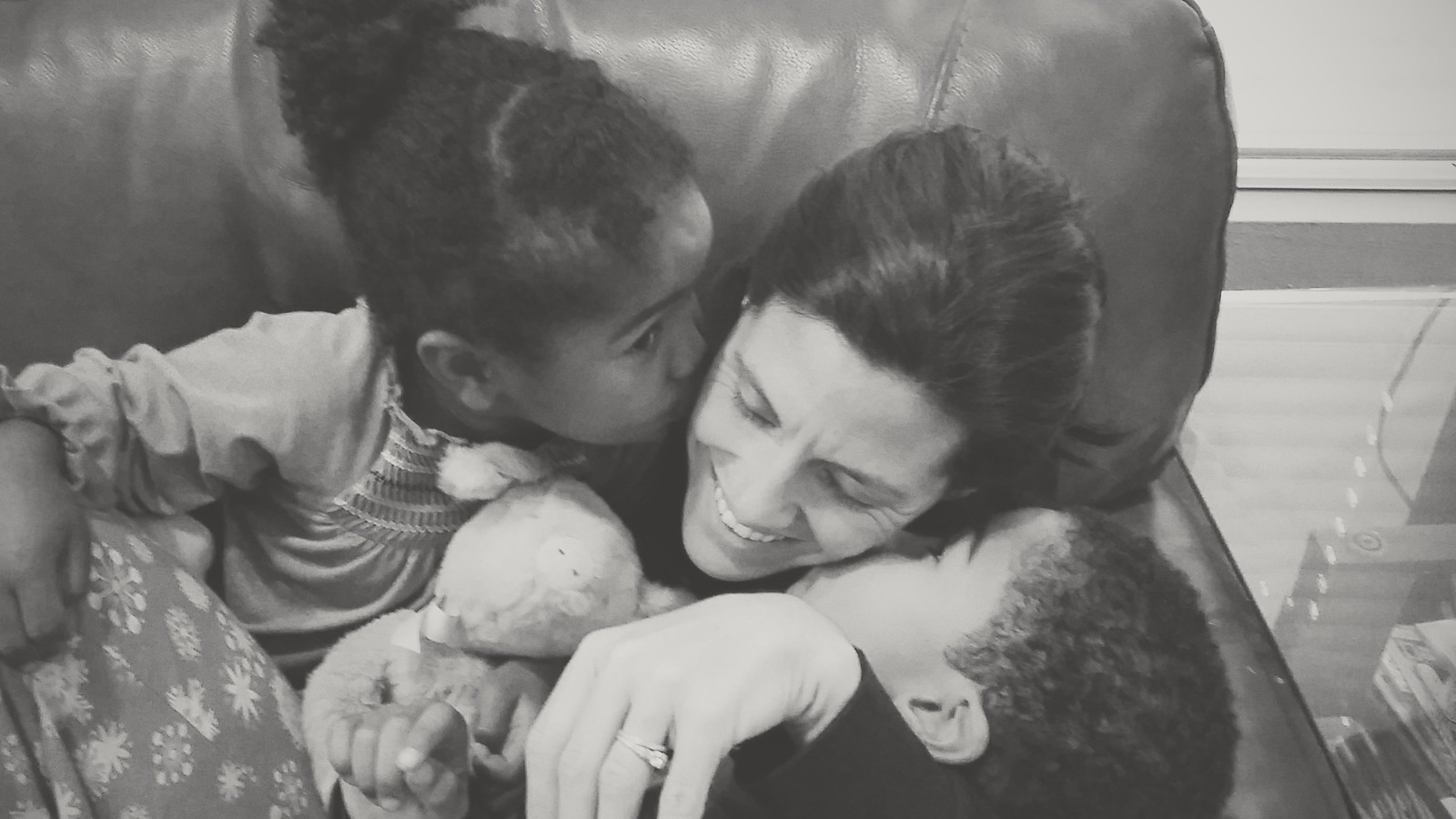 I know no matter what we do we will never be able to fully check that box, but we still do our best. Of the opportunities we have faced so far is one that (prior to starting a family) I never thought would become so prevalent, but has been fun to explore and experience…hair.

It is also one that brings a lot of pressure.

We know that when we go outside people will be looking and if (Grace’s particularly) hair is not cared for appropriately it could potentially give way to (most likely silent) criticism and judgement. 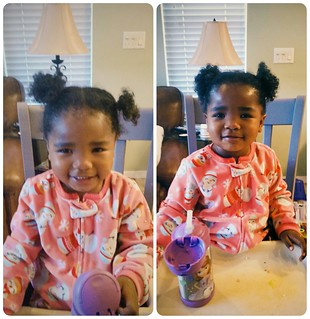 I often joke about the Daddy Beauty Shop when Jenn is out-of-town and Grace’s patience as I do my best to try to put something together. Jenn on the other hand has spent a lot of time reading books, blogs, watching videos and working on hair care and different hair styles for Grace. Even though I have fat fingers and haven’t mastered a twist or a braid yet, I will say I love when I have the chance to “prep” Grace’s hair. The routine of conditioner, detangler, combing and coconut oil is both relaxing and an opportunity for bonding time. 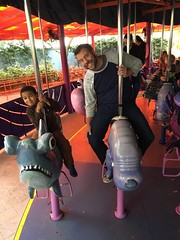 Again, we wanted to make sure that we provide exposure to opportunities that we simply can not give, and so for Nolin we found a local Latino barbershop. When you come up to it, it is unassuming and then you walk in, and there are about 15 twenty-something GQ’d out barbers, singing in Spanish, texting, laughing and precisely styling/shaping hair in a barbershop with floor to ceiling mirrors and pool tables. It is truly a social scene.

I am (not always, but) typically the only white person in there, and maybe a little out of my league, but I am never treated any differently. It has become such a fun bonding experience for Nolin and I, and it is always a nice treat when I get a haircut too. 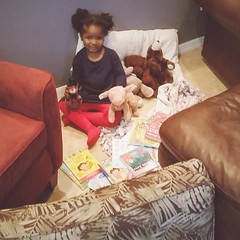 Now that brings us to the real story…a couple of weeks ago we had the scissors debacle. When Nolin was like four, he cut a nice line in his hair which was gone in a few weeks, but this was worse…much worse.

I had gone over to Grammy & Pap-Pap’s house and Jenn was cooking dinner when Grace snuck off. When Jenn found her, she had taken the scissors to her hair. The big problem was her hair was tightly pulled back, so she in essence scalped herself.

When I walked in the door, Jenn was pale and flustered and Grace had locked herself in our bedroom and wouldn’t come out. When she finally came out, it was definitely a bit worse than I had imagined. She had cut both sides and in the back. As we pulled out the hair ties, hair came out in clumps. Jenn cried. Grace stood silent. Nolin did his best to comfort both of them. 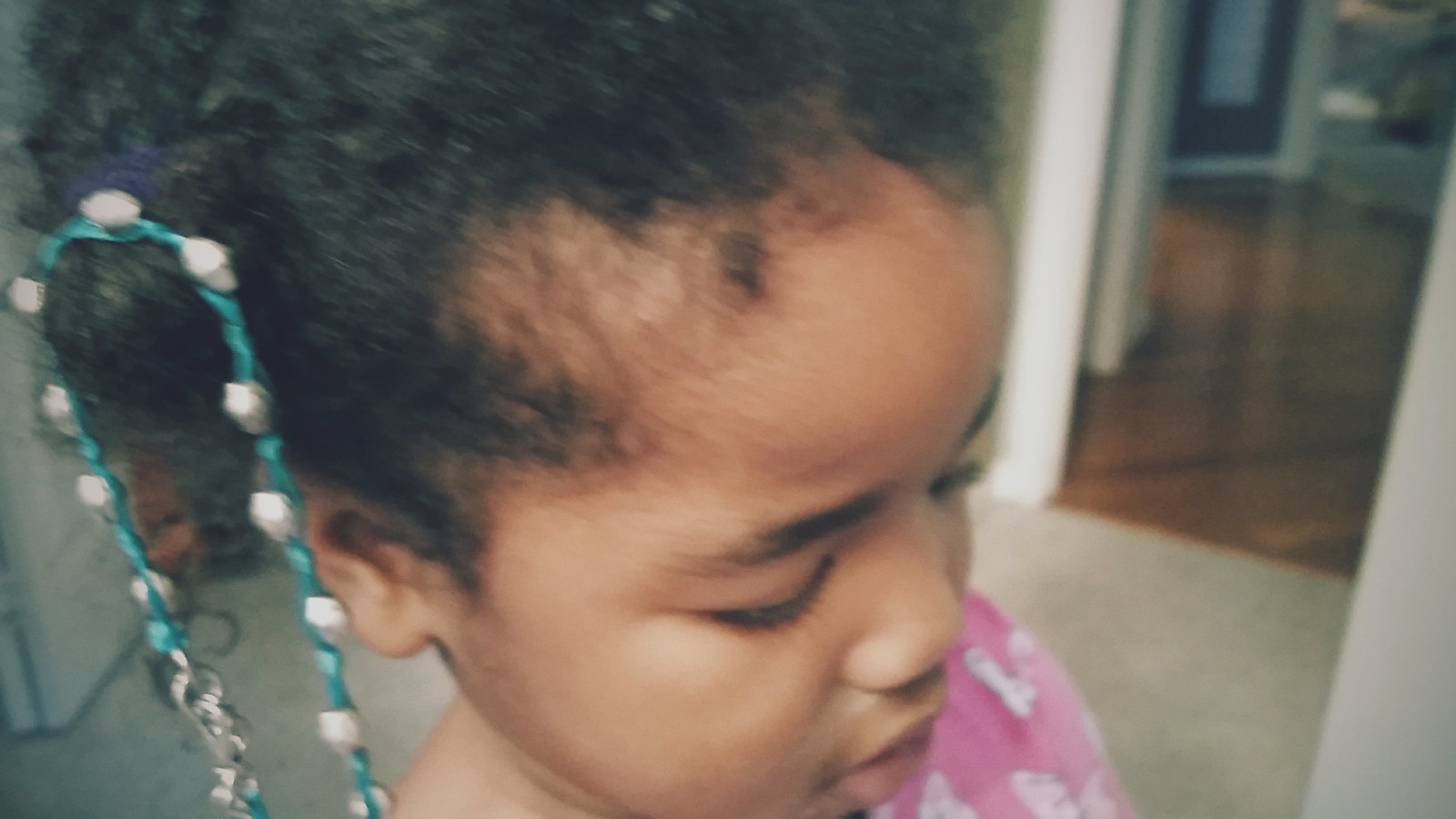 Realizing that it will take almost 3 years for her hair to grow back out, I simply asked her why she would cut her hair. She looked at me and simply said, Daddy, I just don’t like my hair at all.

As a parent, this crushes you.

Grace’s hair has become such a part of her that I love and a part of her personality. Yet maybe all of the pressure that everyone puts on a black girl regarding her hair is simply too much to handle at 3…or any age.

After all she thinks beautiful hair is blonde and wavy like all of the princesses she sees on Disney, not curly and wild.

In the end, Grace quickly got over it stating that her hair would grow back tomorrow and I realized that I needed to learn from her.

After all…it is only hair. 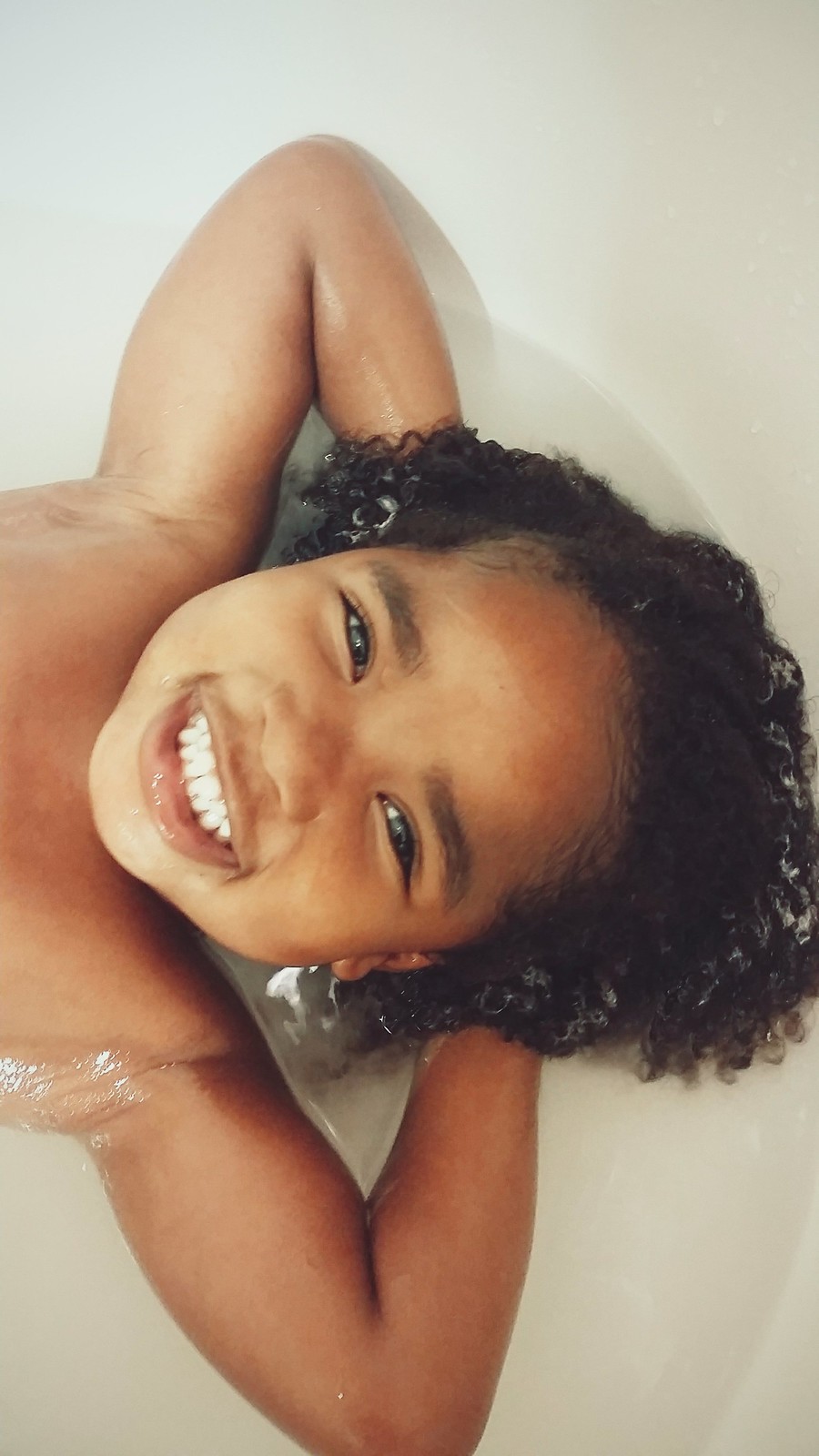