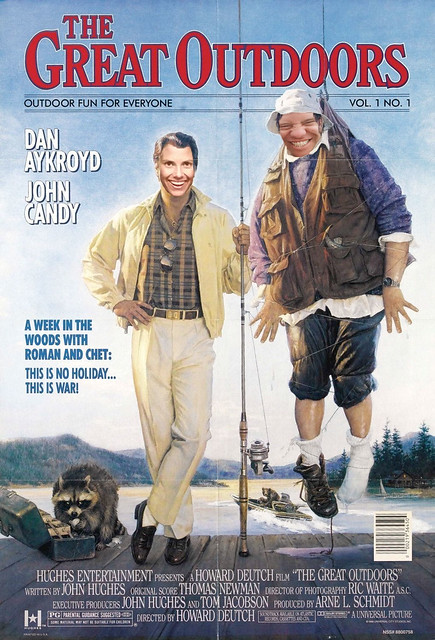 In a nod to the great John Candy (circa 1988), we will back track a bit to hopefully get back up to date. Our adventure to the great outdoors actually starts back on the evening of May 1, 2015 when Jenn happened to notice that a camping site opened up in Bahia Honda state park in the Florida Keys.

We had never taken the kids for 3 nights of camping, but the dates were in January which meant that at least it shouldn’t be in the upper 70’s to lower 80’s in the evening (which ended up being the temperature when we did our trial one night camping run in September).

Let’s do it….worst case scenario we leave a day early. 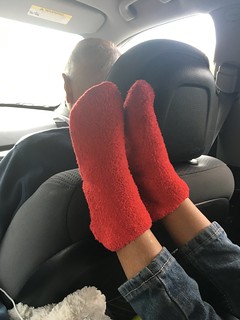 It was now January 21, the night before we left for the Keys. After a long day of work and getting the kids to bed, we began packing and trying to locate all of our various camping supplies. I began to get frustrated as I realized that we were taking about twice as much stuff as we could fit in the car if we only had 4 people, but Pap-Pap was coming along for the ride, so this was going to be interesting. Luckily for me, I would be driving.

Somehow I managed to fill ever millimeter of space and fit everything in. In the current configuration, Jenn basically had to squeeze between two car seats and place her legs on the center console…but it was only going to be a 7-8 hour drive, so it shouldn’t be too bad.

Before we went to bed (after midnight), I looked at Jenn and said, “it has been a long time since we booked, but was this a primitive camping site (i.e. no electricity)?” 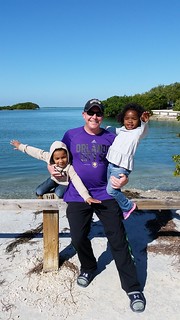 Jenn replied, “no all camp sites have electricity, this one just didn’t have a fire pit, but no worries Lee is bringing one”. Lee, Nolin & Grace’s Godfather and the owner of everything you never thought you needed when camping (like dehydrated ice cream sandwiches), but were so glad to have, was actually meeting us at the camp site to join us for two days.

We woke up the next morning at around 5:45 am, to get the finishing things packed when I realized that all of the food we were bringing was in the fridge…this meant unpacking the car to repack the car…I should have planned better. 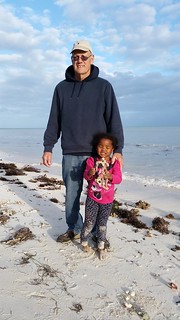 Pap-Pap arrived shortly after, with his clothes and things (which to be fair, was pretty minimal)…this was beginning to look like a disaster. After we somehow managed to once again find more millimeters and open air pockets, we shut the door, and then started to put the Kayak on the roof.

Yes, that was my only demand. No matter what…we were bringing (and using) the Kayak…but we will get into that a bit more on the next post (The Legend of The Kayak).

After a few struggles between man and boat, we packed Jenn and the kids in the car (almost as tightly as everything else) and headed off. 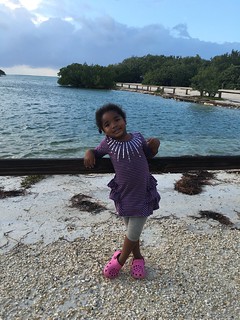 It was about an hour into the trip, when Grace who didn’t have to go to the bathroom before we left, suddenly had to go. So we pulled over at a Starbucks which would turn into about a 45 minute multiple bathroom and breakfast break as well as an opportunity for Jenn to stretch her legs. It also gave me an opportunity to tighten the Kayak (which didn’t seem to be strapped on as good as it had been in the past).

Finally we were off again. Due to some stops, a constant downpour all day, The 6 hour trip, took closer to 9 hours and we arrived at the campsite about 10 minutes before they closed the gates for the evening.

As the lady checked us in, she asked if I was aware that this was a primitive camping site with no electricity or showers. Doughhh.

We made our way out of the main campsite, underneath a bridge that barely cleared our kayak and to the “primitive” campsite. It was breathtaking location right on the water. The rain was gone and we started setting up our campsite. 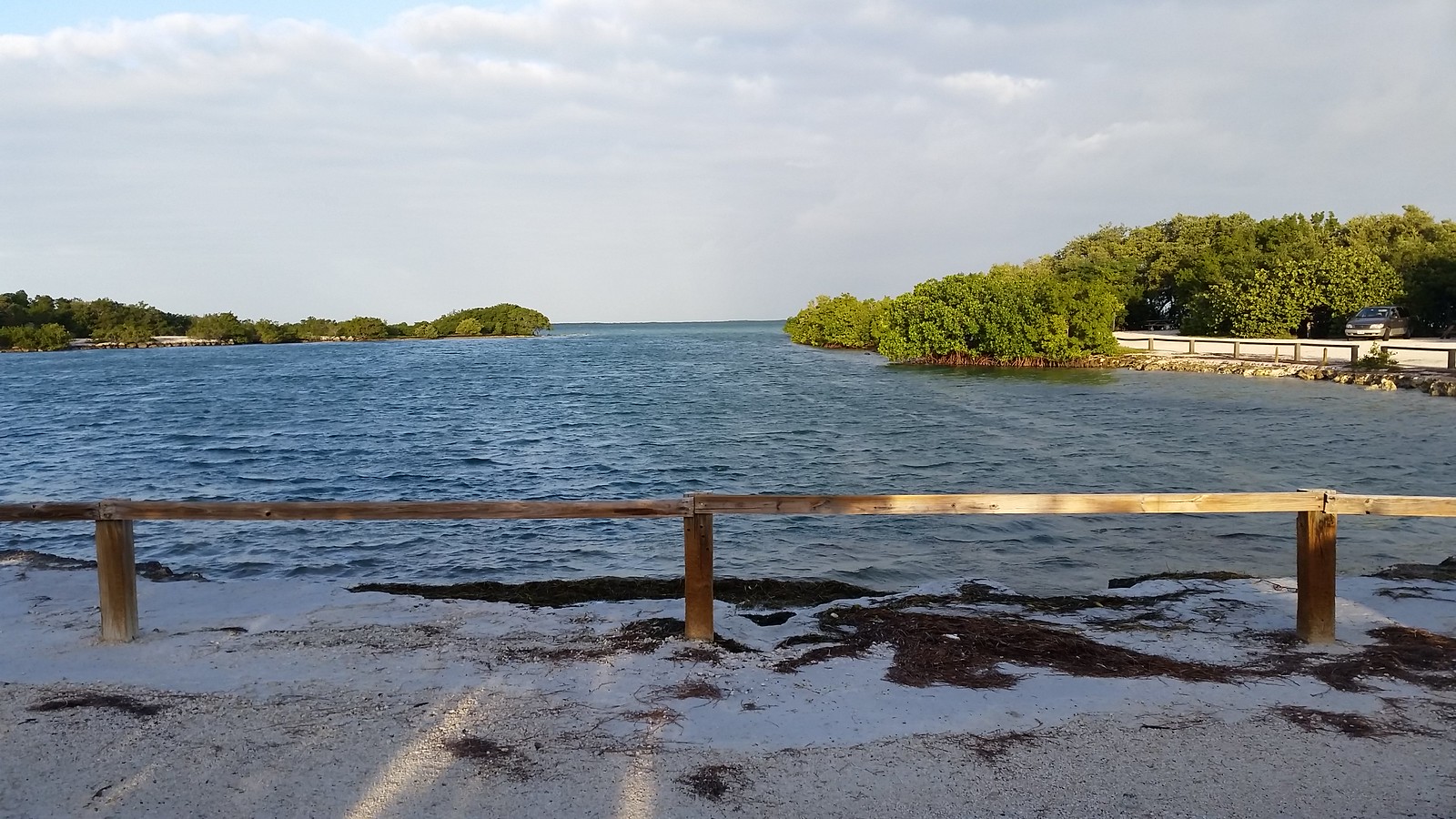 The ground was tough and our tent was huge, so I had just started getting it to stand up and was working on securing it, when the sky opened up and the winds came out of nowhere. I quickly tried to throw the rain cover over the tent, which acted more like a parachute. There was no way to tie anything down at this point and it was all Pap-Pap and I could do to stand in the rain and at least keep the tent somewhat standing.

Just as quickly as it had come, the rain left and the sky was beautiful and clear…good thing because it was starting to get dark and we had a lot left to do. Including trying to figure out how to blow up air mattresses with no electricity.

I took the air mattresses in the car over to the other campsite and inflated them in the bathroom, when I realized that they would not fit back in the car. Doughhh. I then started the 3/4 mile walk back to the campsite, in the dark with an air mattress on my back in 25 mile an hour winds. Needless to say, this was not going well.

I got the air mattress in the tent, and then walked back to go get my car. By the time I got back, Lee had set up his portable camping kitchen and was making dinner. Finally…time to relax. 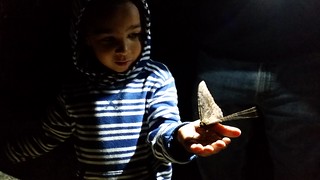 We had a nice evening and then decided to call it a night and get some sleep. Everyone settled in and covered up with lots of blankets as it was starting to get cold…and then wind picked up and kept picking up.

I woke up around midnight to what sounded like a war going on right outside our tent and the whole front of the tent covering my body. Everyone else was silently sleeping. 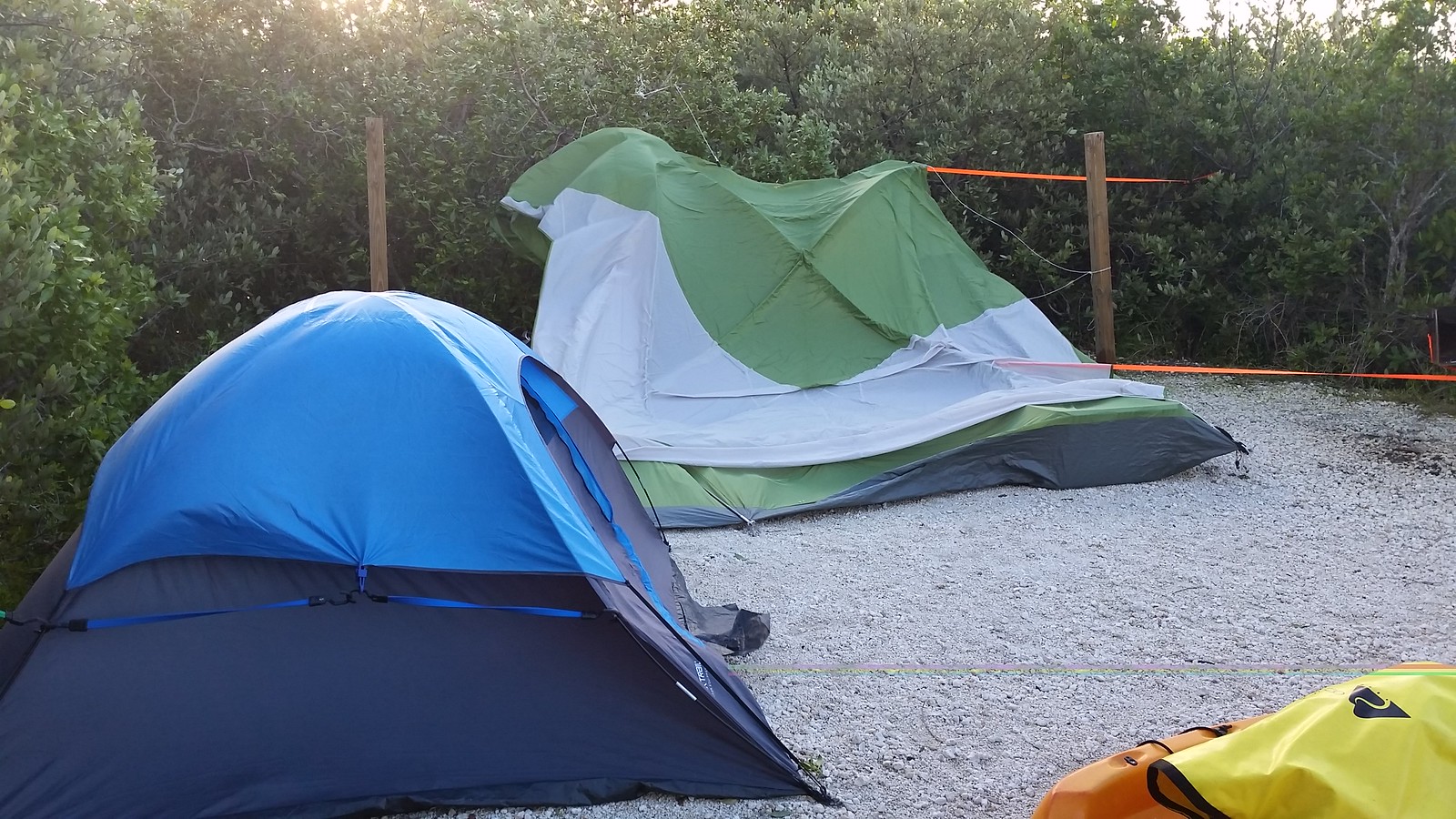 Finally a few hours (and no sleep) later at around 6am, everyone was up. It was time to get out of the tent and survey the scene. Our tent looked ridiculous. The wind had slightly subsided, but it was still very strong.

We decided to leave and go explore the island and worry about the tent in the afternoon. I was totally fine with this decision because at this point the last thing I wanted to even mess with was that tent and I figured the trip could only get better from here. 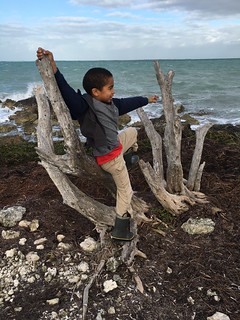 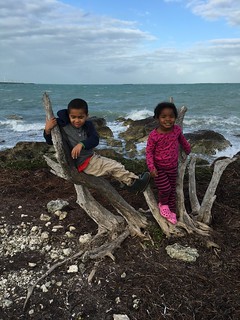 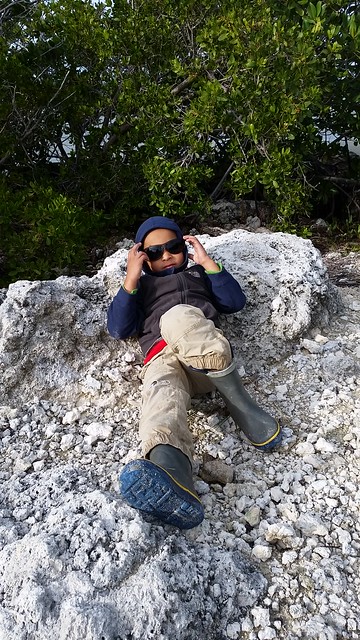 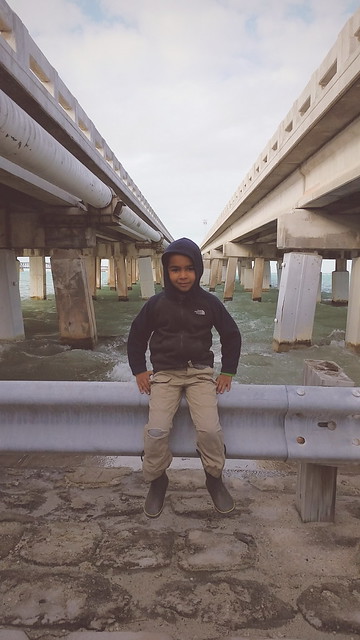 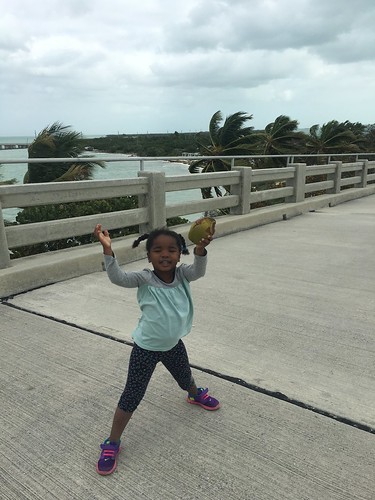 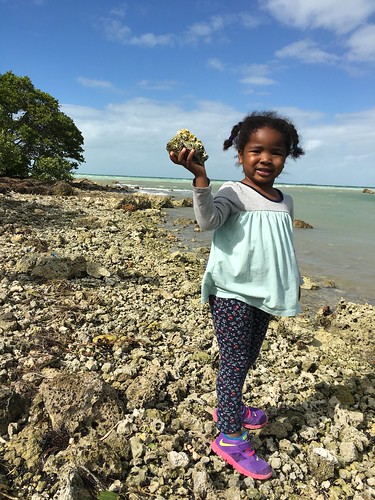 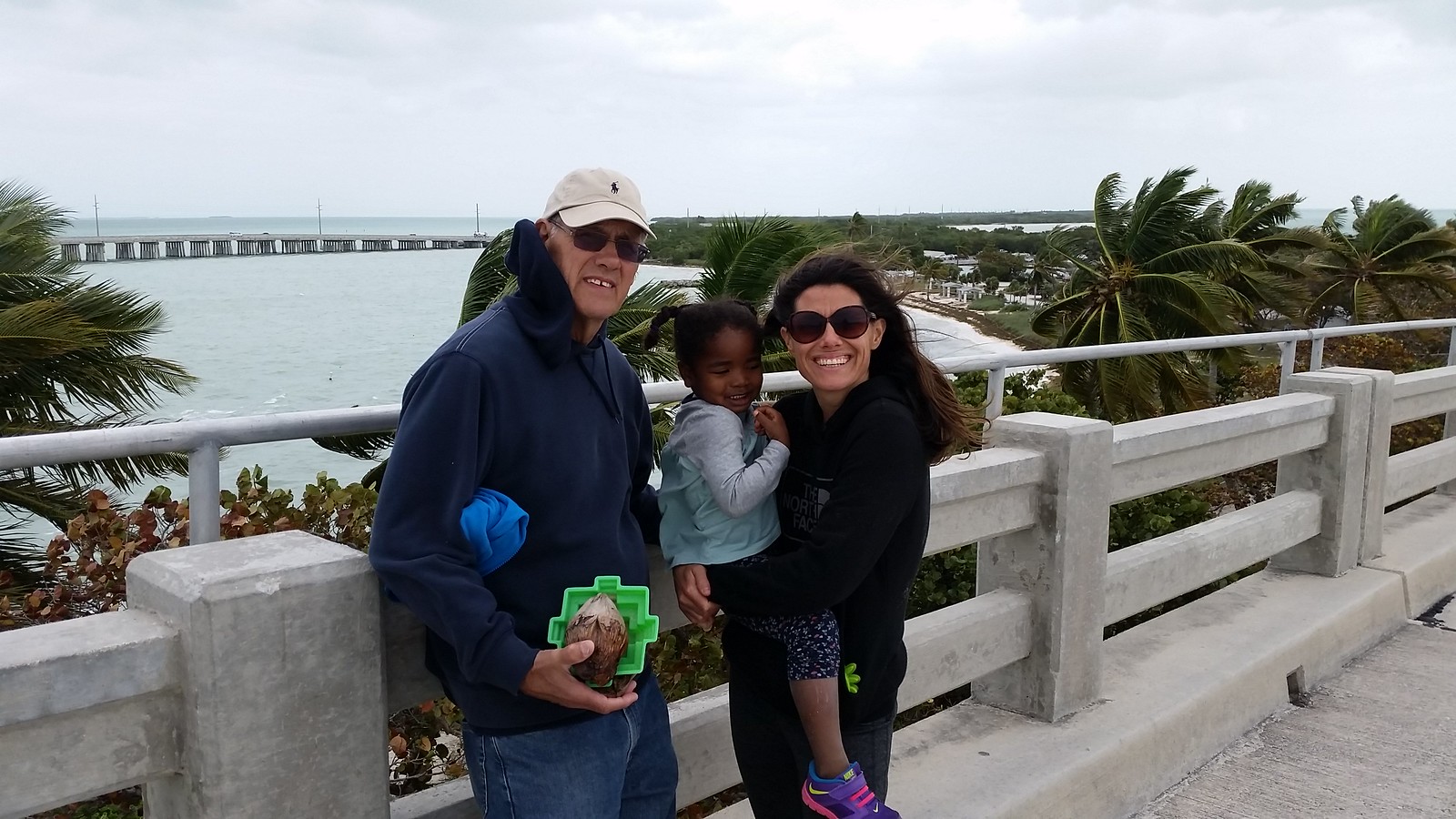 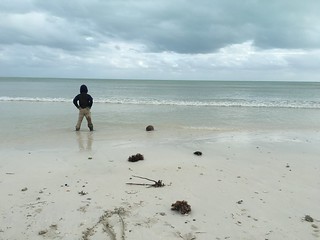 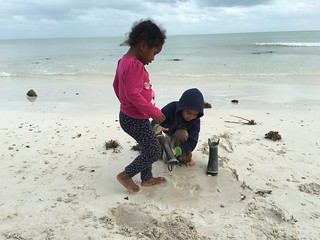 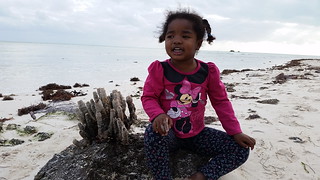 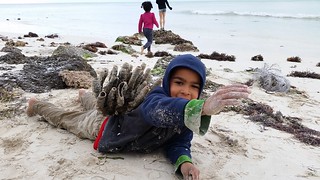 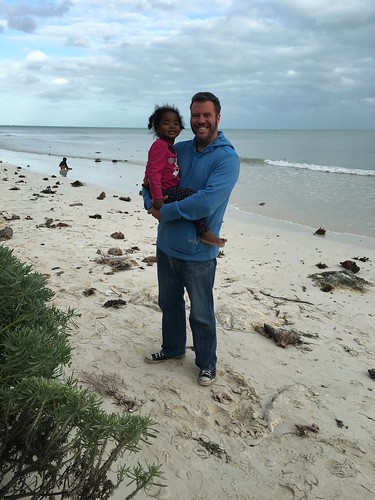 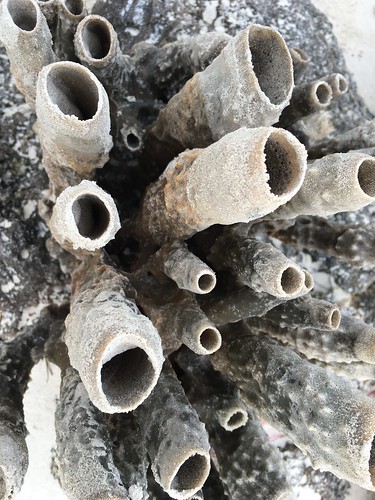 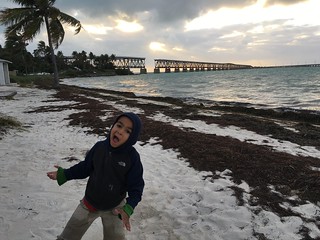 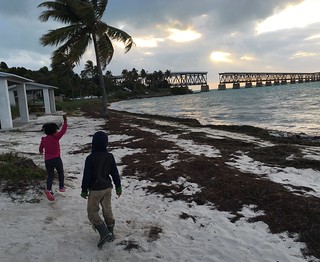 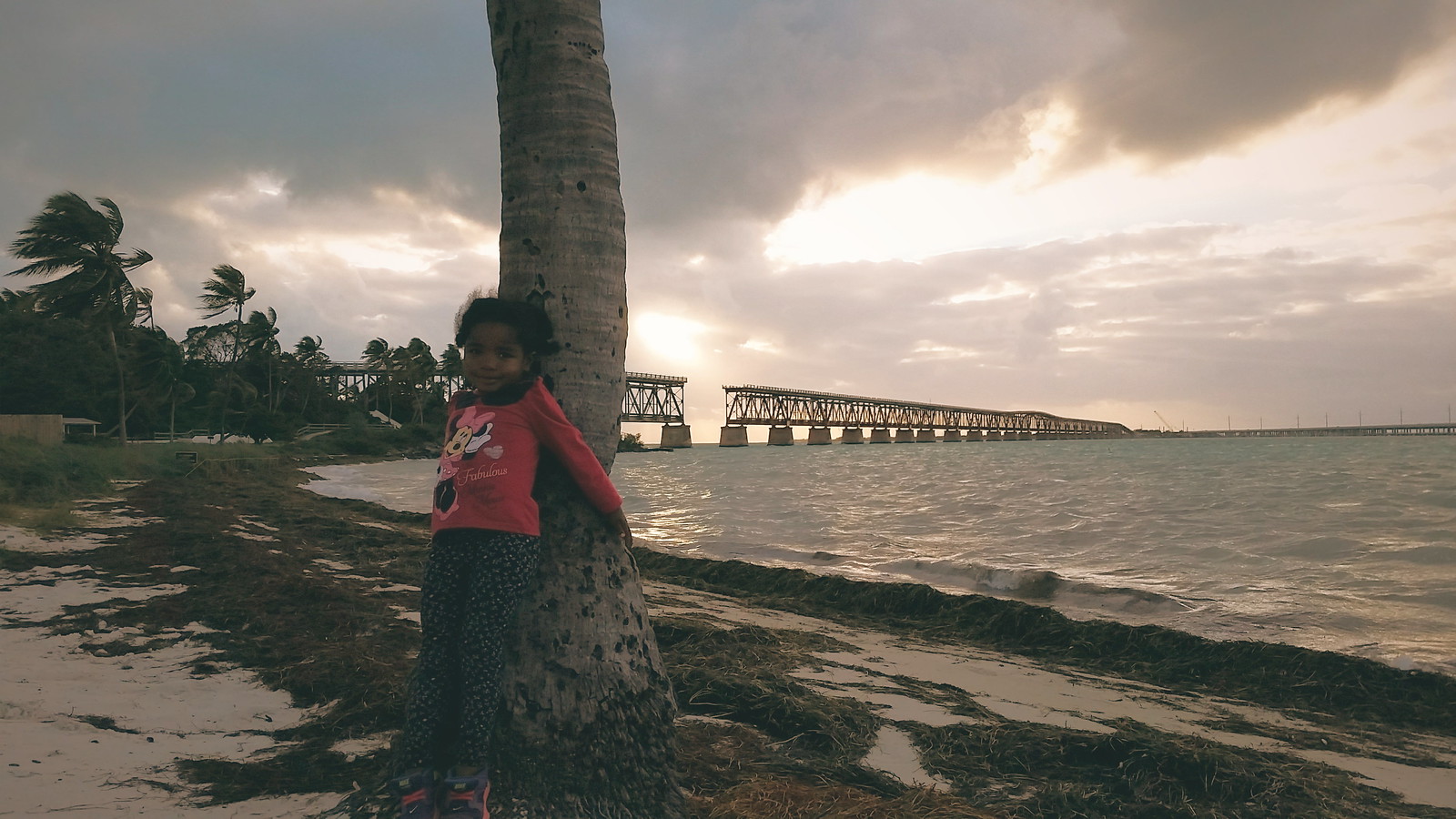 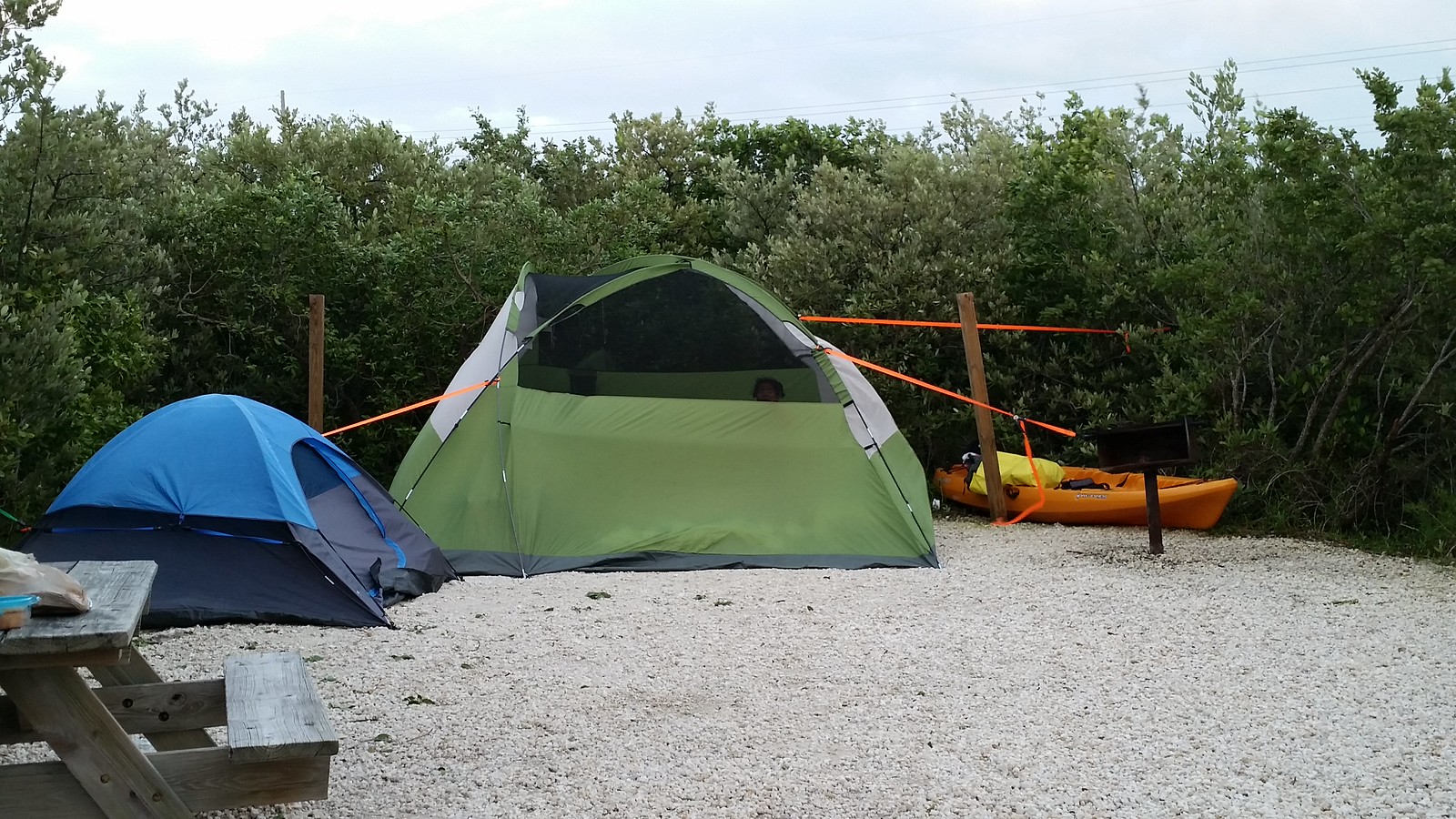