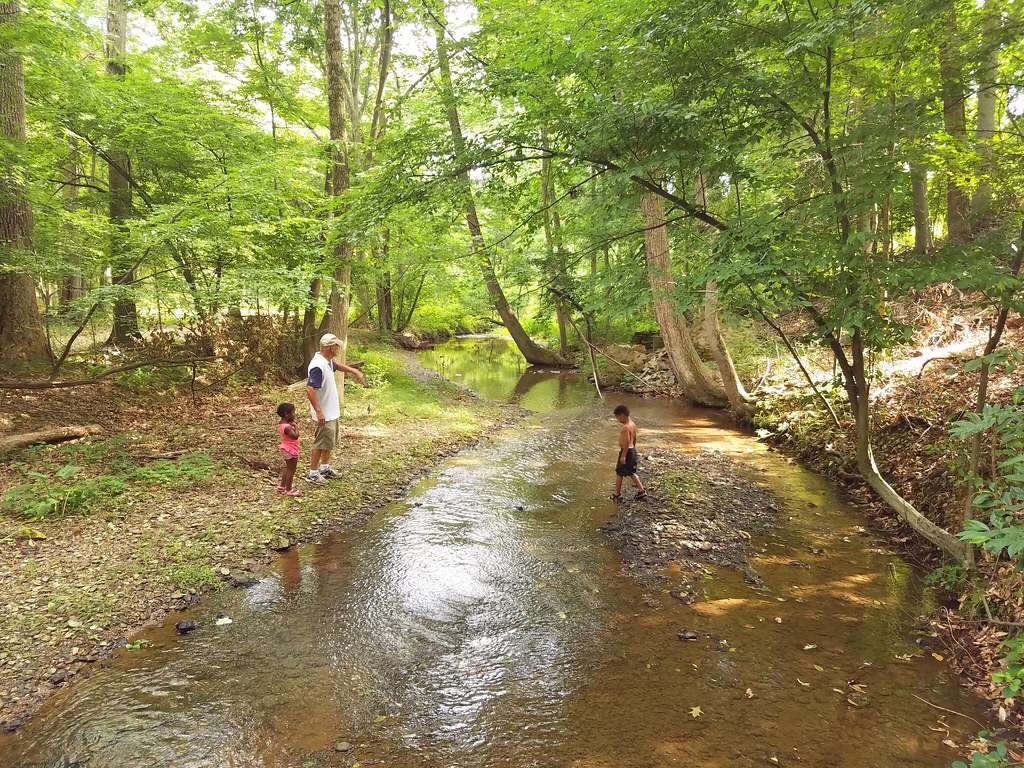 The morning after meeting Harper, we packed up the car and began the next leg of our journey. The kids were a little upset that they did not also get to meet Harper, but we were able to temper that with the fact that we were on our way to meet up with Grammy, Pap-Pap, Uncle Mike & Aunt Noreen.

We decided to take the Chesapeake Bay Bridge tunnel, partially for timing but also because we knew the kids would enjoy it. It was fun, but even with numerous tunnels, big ships and country roads, the car ride seemed to be never ending…so we eventually busted out the iPad. 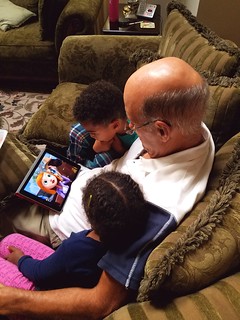 We finally arrived and the kids were ecstatic to be out of the car, and to see everyone. It was kind of nice for Jenn and I because we were old news, so therefore we could simply relax a bit. Shortly after we arrived, we went for a walk in the woods. The kids were in heaven as they made their way through the woods, climbed trees and played in the creek.

Shortly after we found our way to some paddle ball courts. I think Nolin, Jenn, Pap-Pap and I could have played all day. Grace on the other hand was more content pretending to talk on the phone…flash forward 10 years.

Once it started raining a little bit we made our way back to the house for dinner. 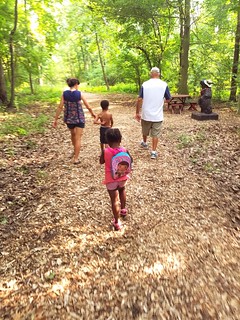 That night, Jenn’s cousin’s son, who goes to college nearby, came and met us for dinner after Uncle Mike had helped him negotiate a new (used) car. Which gave us a chance to spend time with more family. At an extended bed time, the kids insisted that Pap-Pap put them to bed, which he didn’t mind.

The next morning, we had breakfast and then spent the morning exploring again. This time, we were on the hunt for snakes. Nolin loved telling all the little old ladies we saw walking by about the different snakes he had seen.

He didn’t shock them quite as much as he had hoped.

Finally it was time to say goodbye, get back into the car and start making our way to Massachusetts. It was hard for the kids to leave (and be excited by another car ride), but we assured them they would see everyone again shortly. Pap-Pap and Grammy would be joining Jenn & the kids for the last leg of the trip after I made my way home. 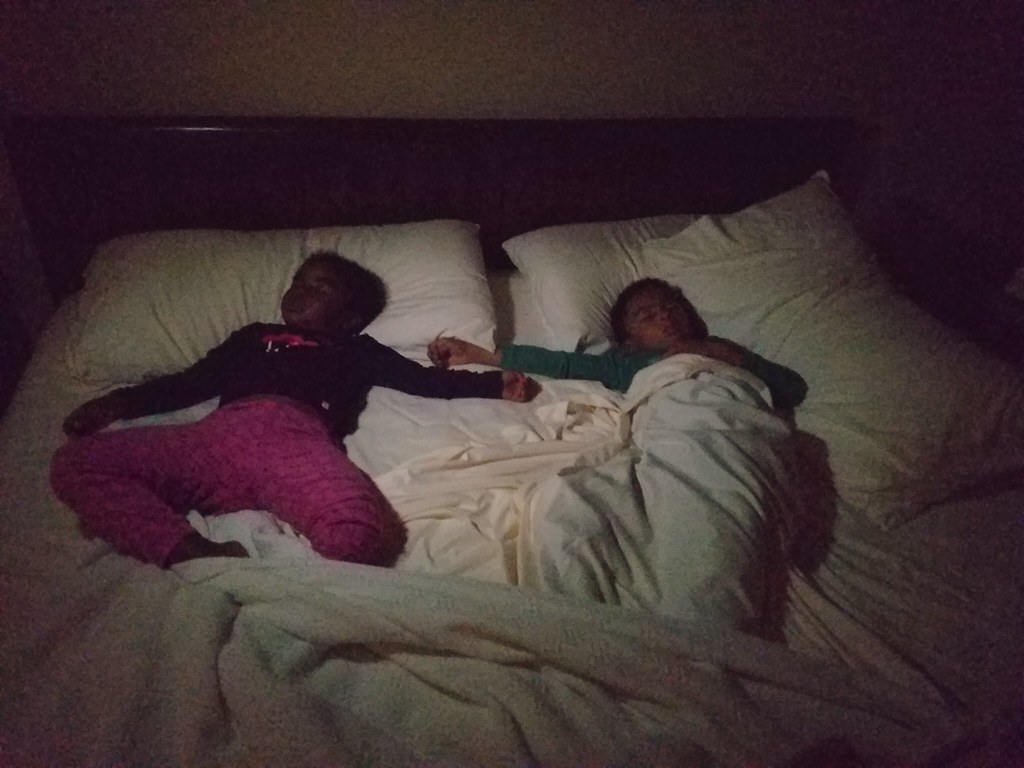 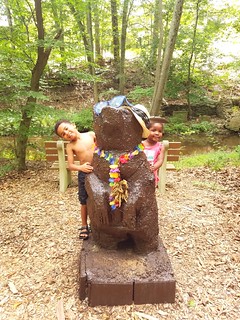 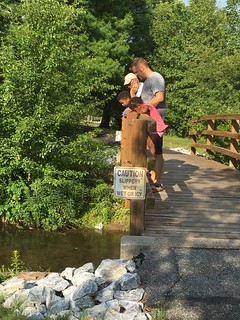 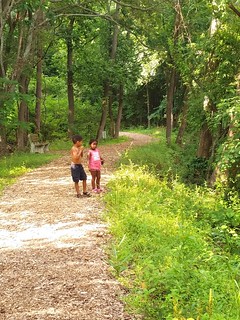 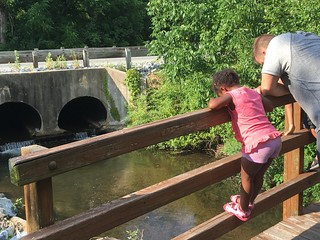 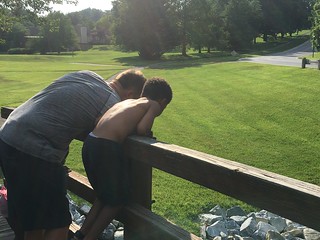 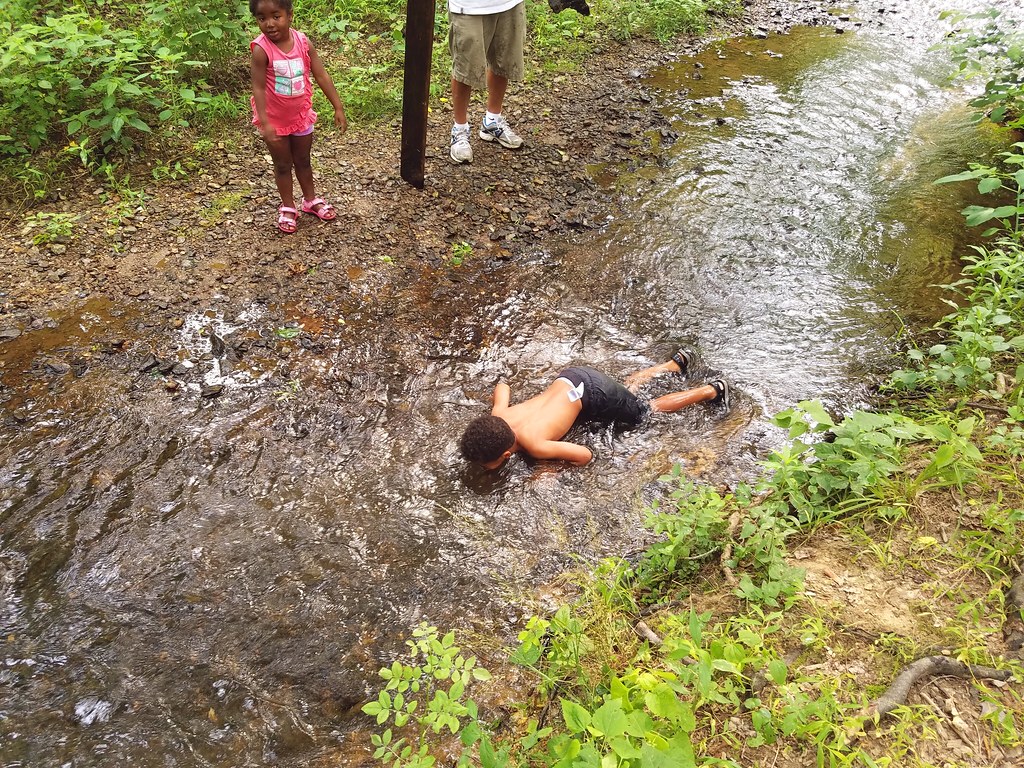 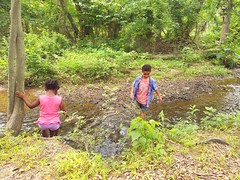 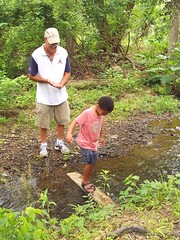 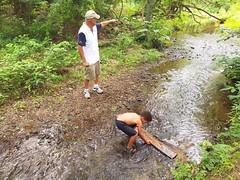 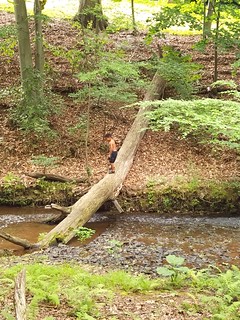 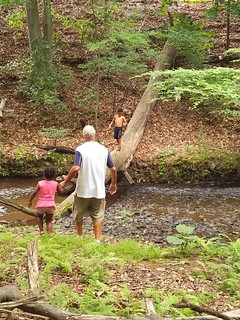 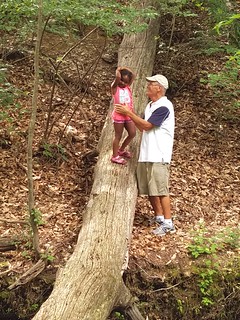 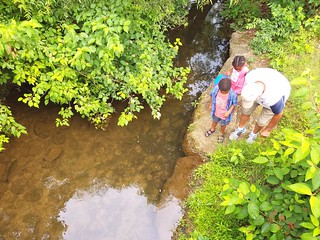 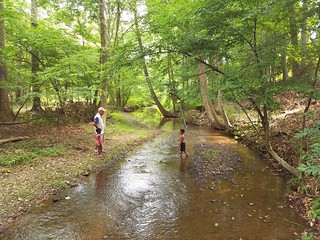 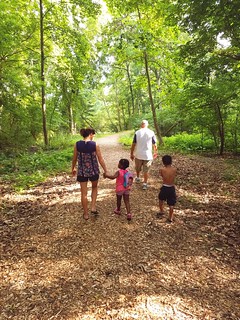