We pulled up to the airport and I said goodbye to my sister and parents as they made their way back to Virginia. For some, I guess, this could have actually been the start to the best week ever, but it was actually the ending to a few very action packed and memorable weeks for me.

So although this is slightly out-of-order, we are going to go back before Nolin’s birthday to a Homecoming of sorts. It was Grace’s first flight and my first attempt at flying solo with two kids. The adventure didn’t disappoint.

It was an early morning flight back to Virginia for a work meeting, which meant a 5:30am departure time for me and the kids. Luckily Jenn volunteered to go with us and help us get into the airport and as an added bonus she was also allowed to help us through security. This made the process of boarding the plane much easier.

It was not a full flight which was evident as there were not a lot of takers to sit by the single dad with a three-year old and eight month old. Even the flight attendant made a joke over the intercom about how she felt sorry for me.

The thing is, it turned out being the easiest flight I have ever had with one kid let alone two. Grace was either sleeping or just observing everyone around her and Nolin sat in his seat patiently and either talked to me or the older couple across the aisle from us. The only issue we had was that they lost Grace’s base to her car seat and located it a day later.

We arrived at the airport and my parents and sister were eager to take Nolin and Grace which led to them experiencing the questions and intrigue that can sometimes come along with being part of an transracial adoptive family. 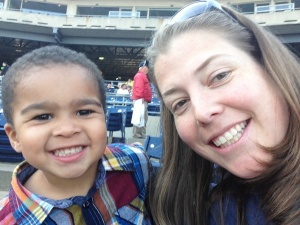 As they entered the gift store (because Pop had to get Nolin and Grace a gift), my sister walked by the counter with Nolin on her shoulders as the clerk asked in a friendly tone, “Where did you steal that black baby from?”

My sister wasn’t exactly sure how to respond, but said this is my nephew. Is mom or dad black? So Erin replied with actually he is adopted. About that time my mom and I walked in with Grace.

Oh my God there are two…is this like a Brangolina thing? Well I am so glad to see adopted black babies because you always see people with Chinese babies. This was about the time that I realized that she was very embarrassed by what she was saying, but couldn’t stop herself. I also knew that this was all coming from true excitement and so we just played along.

Finally she ended up by blessing us and then excitedly announcing to the store that we were The New American Family. Well I am not so sure about that, but I am thankful to have a pretty awesome family.

Saturday, Sunday and Monday I had time to spend with everyone and get my family prepared to have full responsibility on Tuesday and Wednesday while I was at work.

For as good as the kids were on the plane, I found that taking them out of their environment and into new sleeping arrangements was difficult. It did get easier as the week went on, but Sunday morning, the three of us were up from 3:30am on…decidedly not awesome.

Sunday my sister put together a small surprise birthday party for Nolin, which was a great way to see a bunch of people and a great opportunity for Nolin to play with kids while he was in town.

Tuesday my mom and sister loaded the kids up and headed out to the Children’s Museum. They felt very accomplished because they had easily gotten both kids fed, dressed and in the car on their way. 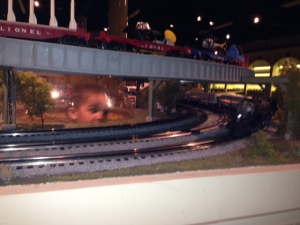 Once they arrived, they realized they didn’t know how to open up the stroller. This provided a lot of comedy to the work release participants who had gathered in the parking garage to start their day. Nolin sat patiently on a parking block until he had to pee. Now there was a problem.

Still trying to figure out how to open the stroller and no time to make it inside to a bathroom. The executive decision was made to allow Nolin to pee on the pole in the parking garage. You can imagine the work release participants amusement when he peed on a car tire instead. This would also begin a (thankfully) short-lived idea that he could pee anywhere. 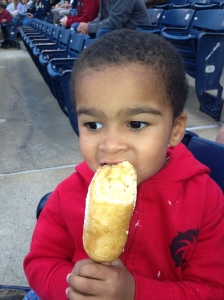 Nolin, my mom and sister really enjoyed the museum and that night I met up with Erin and Nolin after work at the baseball game in which he had a hot dog and (a bite of) fried twinkee. I asked her if she was trying to undo 3 years of good eating in 4 days. Regardless, he was very happy and we all had a good time.

The final day the four of them headed to the aquarium before we headed off to the airport. My dad made it back from his work conference in time to ride to the airport with us, which was a good thing, because my mom and my sister were spent. 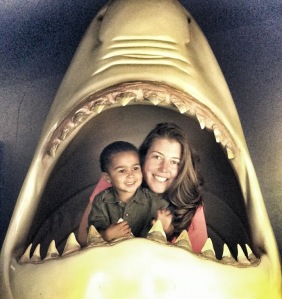 This time I would have to manage through security on my own. This proved to be a thousand times more challenging. Not only did Nolin start crying because Pop, Ba & Aunt Elo were not coming on the plane with us, but they insisted on checking everything I owned while insisting that I handed them everything individually and unscrew all lids while I was holding two kids.

I put Nolin down for one second as it was proving to be too much, and then he took off. This led to me carrying Grace like a football and sprinting through the airport. Having put on a show and completely out of breath I headed back to security to finish the process.

As we finally boarded the plane I did have one woman assume that I knew nothing about raising kids much less flying with them. She eagerly tried  to tell me what to do from when to feed Grace to how to buckle Nolin’s seat belt. I was tired but tried to be as polite as possible.

The flight once again turned out to be incredibly easy without even any excitement. I know people (including me) thought I was crazy to even think about taking two young kids on a plane by myself, but in the end, it was totally worth it. 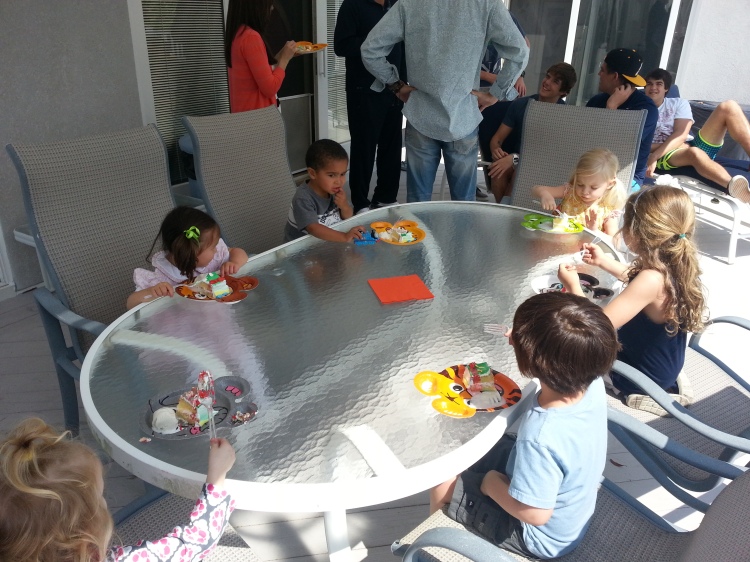 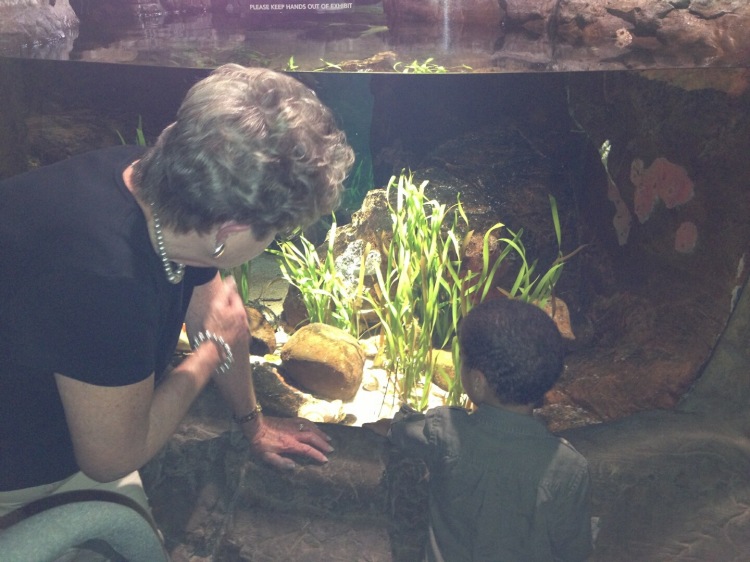