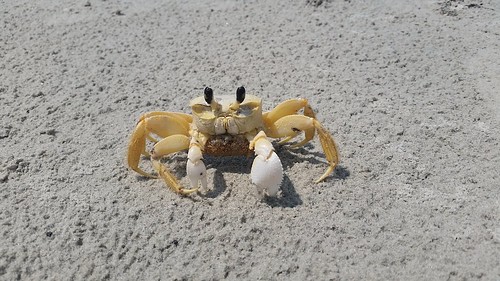 Although we live in Florida, we probably don’t go to the beach as much as we should…especially since our kids love it. But over the past few weeks, we had two great beach weekends. 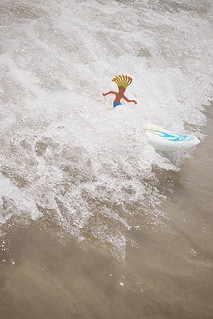 For Labor day weekend, some friends of ours were going to stay with their family at Cape Canaveral and some of their neighbors (aka snow birds who had not yet returned) allowed us to borrow their condo for the weekend. Score…a free beach weekend!

The weekend was great, basically spending the entire days at the beach and the pool and then being able to put the kids to bed and hang out with our friends. There was even some fishing for the kids. Nolin caught a bass and he is apparently a true fisherman because that fish seemed to grow and grow each time he told the story.

The kids were great, and the weekend was a nice, easy relaxing mini-vacation. Then it was back to the real world and time to start planning for Grace’s 3rd birthday. 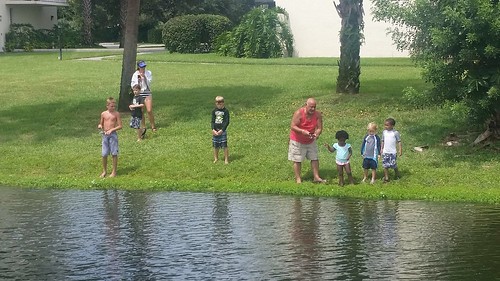 We had talked about doing another little mini-vacation somewhere for Grace’s birthday when Jenn came up with a great idea…let’s go camping. Not exactly the relaxing condo on the beach with a pool, but I mentally started preparing myself.

A few days before we were going to leave, Jenn sprung another great idea on me. Grammy didn’t exactly have any major desire to go sleep in a tent, so she was going to get a nearby hotel. Although camping was Jenn’s idea, she decided that maybe this should be a boy’s trip and the girls would stay at the hotel. 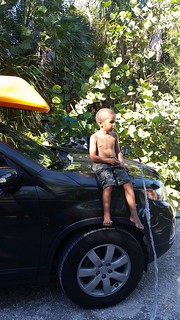 So we packed up two cars. I put myself in charge of getting the tent, the air mattresses and the Kayak. Jenn put herself in charge of clothes & pillows. Since we finally got the racks on our car to use the Kayak again, I have been dying to bring it out. A few weeks ago I went through all of the trouble of bringing the Kayak down, getting it loaded onto the car only to realize I could no longer find the straps, so back it went, but this time I was prepared.

Everything was packed, and the Kayak was strapped tightly to the car, as we made our way. About 40 minutes away from the camp site we realized a small problem.

Despite all of our individual planning, neither of us made ourselves in charge of charcoal, pans and many of the other things we already had for camping. No worries…the girls went to the store, while we checked in and set up the tent. 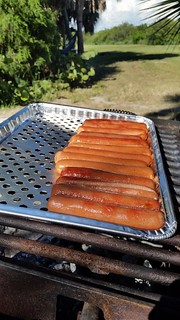 By the time they arrived, the tent was up, camp was set and we were ready to go Kayaking. One more problem…while at the store we didn’t get charcoal or ice, so I headed back up to finish those accessories. We also realized that we didn’t bring a fan or batteries for the 3rd blow up mattress…the hotel was sounding better and better.

We decided to forgo Kayaking in the lagoon and go ahead and eat dinner and then go to the beach to watch the sunset and play in the ocean. We got to the beach, and I realized that if taking the Kayak down was a pain, lugging from the parking lot to the beach wouldn’t be any better. So we just enjoyed our time at the beach. There would always be tomorrow.

Jenn and Grammy went for a walk, and Nolin asked if I had brought any goggles….score, something I remembered. I walked back up to the parking lot to get not only a scuba mask but a snorkel. I basically scored the surprise find of the day.

This is when I discovered that Jenn had left the car running and unlocked….seriously, you need to wonder about the two of us sometimes. 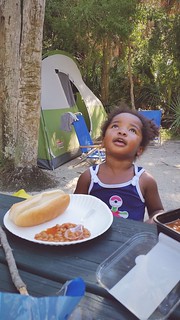 Although I was tempted to move the car and have her think it was stolen, I walked back got the keys, turned the car off and locked the door. Finally back to the beach to enjoy a beautiful sunset.

When we arrived back at camp and it was dark. We started to get settled in when the mosquitos came out and the girls made their great escape to “the spa”.

It was getting nicer outside, but inside the tent it was like a sauna. Pap-Pap, Nolin and I got settled in the tent.

Since Nolin shacked up with Pap-Pap and we were down to two air mattresses, Kevin opted to brave the mosquitos for the cooler temperature and slightly less awkward family bed. 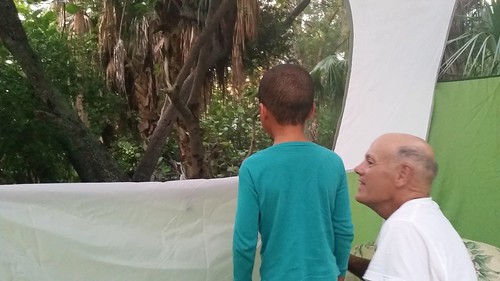 Although Nolin slept great, I kept waking up to a hard air mattress and the glorious smell of sweat. We woke up at 7:45 to a text:

We got a free cabana here tomorrow. 3 pools. Feel free to join us

We quickly packed up, while Nolin made friends with our neighbors and decided to play show & tell and hide & seek with them. He also proceeded to tell them, that his sister also likes to camp, but she kept him up all night the last time, so she had to go to hotel…an interesting spin on things. 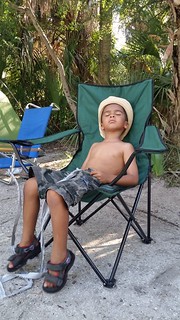 I dropped the boys off at the hotel and went to pick up breakfast and coffee for everyone. Jenn mentioned that parking at the hotel was $8, but I could probably park across the street. When I got there, I saw several signs about towing so kept on driving and got bagles and parked at Publix. Then I headed the 3 blocks spilling coffee, fumbling with a few bags of groceries and everything else I needed from the car because I didn’t want to walk back.

We got to the beach and it was an amazing day. A nice “spa” type of experience to counter balance the sweat box.

While we were hanging out at the sandbar, Nolin stepped on a shell and cut his foot pretty badly, so the two of us went up to the pool bar, got several band-aids and then hung out in the shade for a while.

Eventually that turned into lunch, some pool time and an intense ping-pong match between Nolin and me. It was 3:30 and time to end the weekend to head home. 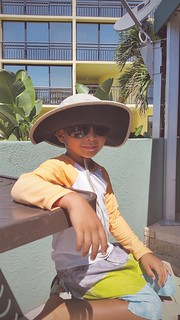 I began the walk to pick up the car (with the Kayak that had now made the 2+ hour drive, but had once again not seen the water) to find that my car had been towed.

Apparently there were a bunch of signs stating you can only park while shopping. Apparently there was also a huge free beach access parking lot directly across the street that I failed to see. Apparently it was also only $8 to park at the hotel which would have avoided having to sweat as I walked down the road getting 3rd degree burns from spilling coffee (they never give you enough room for cream).

This is the point that your weekend is ruined…but it wasn’t.

After over an hour of getting that situation resolved, I made it back to the hotel to let everyone know…at least I saved $8 on parking to which Jenn replied I may not be smart enough to turn the car off, but I didn’t lose it.

What can you do…we could have let that be the defining moment of our weekend.  Honestly though there were so many things that technically went wrong, this was just another, but none of them took away from what we were truly looking to accomplish…spending time together and having fun. 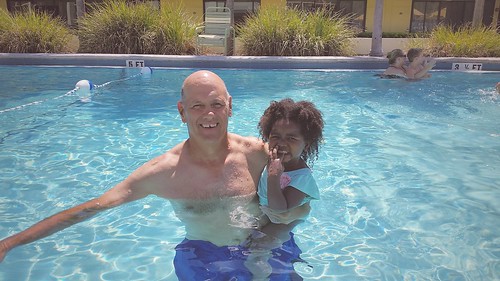 That was accomplished, so the weekend was a success. And a good trial run for a 3-day excursion in the Keys in January…

Just as a side note to myself and to Nolin & Grace (when you all are older and embarking on your own mini-vacations)…just pay the $8 for parking and enjoy an extra desert with the money you saved. 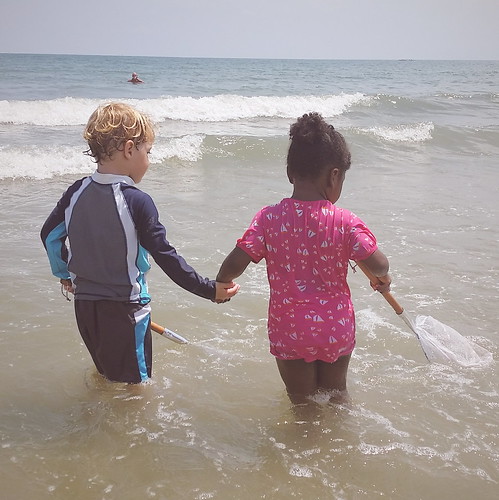 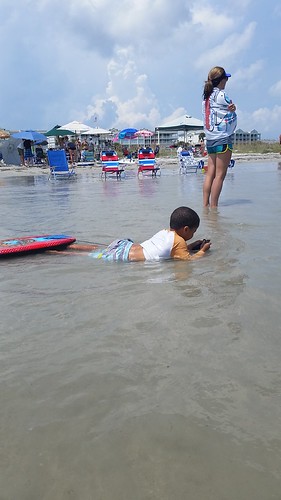 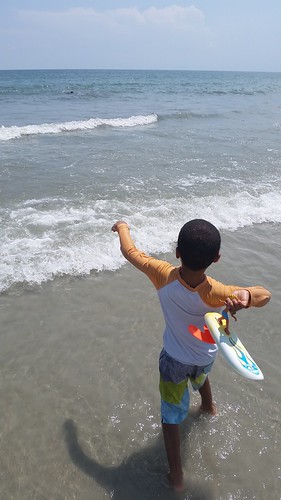 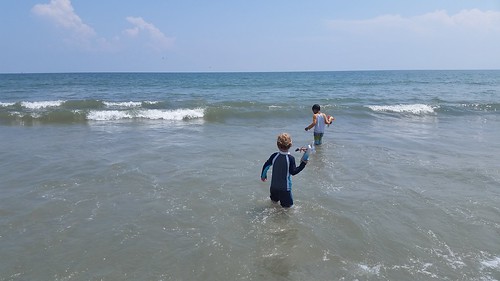 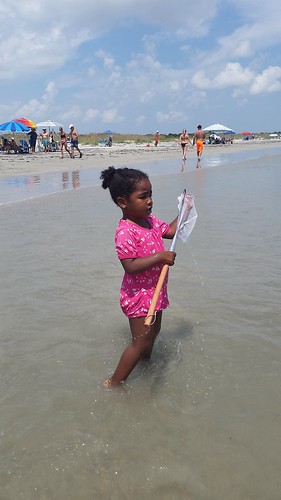 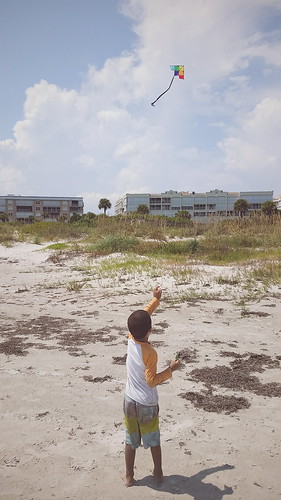 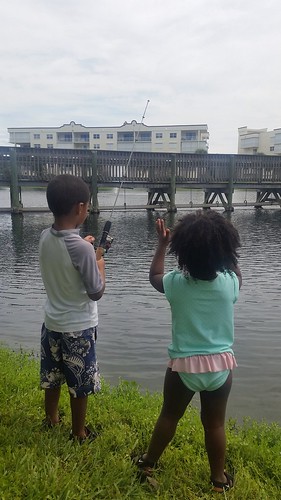 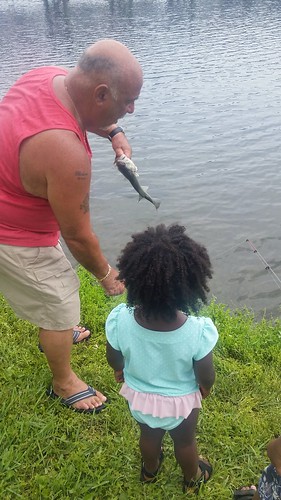